The Race Rub Part I: Quoth the Racist 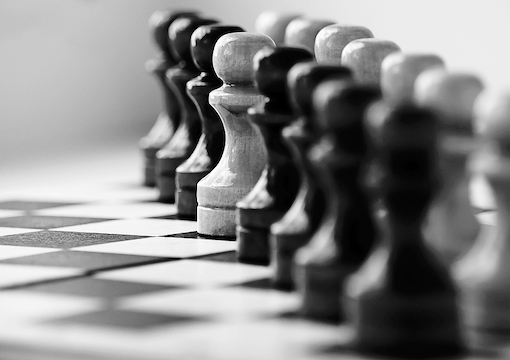 Wait, that was Miles Davis, and he was speaking about jazz.

Oh, and there’s no proof he ever said it.

You gotta be careful with quotes. As in, don’t pass a speech-squelching law based on a fake one. Like in Washington State, where the Democrat-controlled legislature just passed a bill that prohibits the use of the word “marijuana” in all official documents.

And why was the evil word banned?

Do you even have to ask? Racism!

But wait…how can a Spanish-language word that originated in Mexico, possibly inspired by Africans, be racist?

Because a white man used it in a racist manner 85 years ago, that’s why. So of course when the word is used today it figuratively murders nonwhites and makes them score low on academic tests, join gangs, and mug old ladies.

Oddly, it doesn’t make them avoid marijuana, which is what you’d expect if the word engenders subliminal aversion.

So who was the KKK monster whose racism forever tainted the noble M-word? Democrat State Rep. Melanie Morgan gave the full rundown to her colleagues a few weeks ago as she introduced the bill. Morgan, a black, pierced, former school board director (her website offers a “high-res photo”: a poor idea), explained that the word was permanently tarnished by one Harry Anslinger, commissioner of the Federal Bureau of Narcotics (later the DEA).

In May and July 1937 Anslinger was called before the House and Senate to discuss the growing problem of narcotics flowing into the U.S. from abroad. And, according to Representative Morgan, during his testimony, he said this:

Marijuana is the most violent causing drug in the history of mankind. And most marijuana users are Negroes, Hispanic, Caribbean, and entertainers. Their satanic music, jazz and swing results from marijuana usage. This marijuana causes white women to seek sexual relations with Negroes, entertainers and any others.

And that quote is why Washington banned the word “marijuana.” Literally, that was the reason.

Unsurprisingly, the quote’s as fake as a Beverly Hills socialite’s nose; it appears nowhere in Anslinger’s House or Senate testimony. I asked one of America’s foremost authorities on the history of drug criminalization, Stanford professor George Fisher (author of Euphoria Taboo: The Moral Roots and Racial Myths of America’s War on Drugs), if there’s any evidence that Anslinger uttered that line in his entire life, and he told me no, the quote’s apocryphal.

The wording’s a dead giveaway. The “satanic” thing sounds legit today in the QAnon age (or even in the 1980s during the “satanic panic”), but it’s not how federal lawmen spoke in the ’30s. More glaring, however, is “Hispanic,” which nobody used back then (the congressional transcripts only contain the terms “Mexicans” and “Spanish-speakers”).

That an anti-speech law was passed based on fake speech is a wonderful irony. But it’s not the main point of this column.

“You gotta be careful with quotes. As in, don’t pass a speech-squelching law based on a fake one.”

Harry Anslinger was no ignorant hillbilly. He was a decent man and a serious public servant. His prime focus was the opiate trade from the Orient and elsewhere; stopping heroin was his No. 1 priority. He did oppose pot, but he only advocated criminalizing it after Mexico did the same. Anslinger was the first fed to target the Mafia (back when J. Edgar Hoover was denying its existence); indeed, he personally got Lucky Luciano booted from Cuba back to Italy.

In terms of race, Anslinger hired a (for the time) whopping 35 black federal law enforcement officers and the nation’s first Asian-American one. The blacks who served under him described him as respectful and not at all racist. His integrity is proven by his tenure. Anslinger was an old-school 1930s G-man. When JFK was elected, Anslinger expected to get the boot. But Kennedy reappointed him. Anslinger and RFK became friends and colleagues.

In 1968 Anslinger, by then retired, warned the nation about “permissive parents, college administrators, pusillanimous judiciary officials, do-gooder bleeding hearts, and new-breed sociologists with their fluid notions of morality.”

This is why the left has made a cottage industry out of falsely smearing Anslinger as a racist; you can’t allow a guy with that kind of prescience to retain an honorable legacy.

The fake quote used to pass the Washington law is one of several fake Anslinger quotes floating around. In 2017, High Times, the Time magazine of stoners except better-written (and that’s not a compliment), tried to connect Ann Coulter to Anslinger via his “racist comments” (Ann, like myself, has refused to join the cult of pot worship that’s taken hold of the Rogan right, so she’s a frequent target of the tokers). After Ann maligned the holy weed, stating that it “makes people retarded” (I’d challenge my pothead friends to prove her wrong, but they’re too transfixed by their own toes), High Times ran a hit piece in which editor Bill Weinberg trotted out this Anslinger “gem of naked racism” from the 1937 congressional testimony:

I wish I could show you what a small marihuana cigaret can do to one of our degenerate Spanish-speaking residents. That’s why our problem is so great; the greatest percentage of our population is composed of Spanish-speaking persons, most of who are low mentally, because of social and racial conditions.

Now, far be it for me to accuse a pothead of being unable to properly read a transcript, but that quote is actually from Floyd Baskette, city editor of the Alamosa Daily Courier. Baskette submitted a statement to Congress that was entered into the record during the 1937 hearings, and Weinberg, his brain fried to extra crispy, couldn’t differentiate between the separate sections of the transcript (as a bonus laugh, these days Weinberg traffics in slurs against “science-stupid Hasidic Jews” and “Apartheid Zionist occupiers”).

So once again, we see leftists trying to rewrite history to vilify a good American.

But that’s still not my main point.

This is my point, and it’s the note you didn’t hear. What you heard was leftists being leftists, yelling “racism” like they always do. Of greater concern to me was the silence and in some cases complicity of rightists. Most conservative journalists covered the Washington pot story (“Oh, those stupid Pacific Northwest proggies!”), but not a one of ’em was bright enough to notice the obvious anachronism of the word “Hispanic” in a 1937 quote. Many sites, like Fox and Daily Wire, repeated the Anslinger slur verbatim. But a few went the extra mile and double-kicked Anslinger’s corpse just to prove how “anti-racist” they are. RedState called Anslinger “disgusting.” Western Journal called him a “racist jerk.” The Foundation for Economic Education (which has used the fake quote in previous pieces) called him “driven by racism,” running Laura Smith’s child-sourced piece in full.

It’s disappointing how automatic this knee-jerk “looky how not-racist I am” thing has become among conservatives. Even after acknowledging that the Washington legislators are morons, these rightists still took them at their word that the Anslinger quote is genuine. Because it gave the rightists an opportunity to suck up: “We hate that racist scumbag too! You like us now?”

It’s pathetic. I saw the same thing last weekend after the Buffalo mass shooting, as rightists fell all over themselves to prove how deeply they hate hate hate racism by pointing out how much they despise this mass killer, as if their dislike of him was in question. When nothing was known of the shooter but that he was white and yelled racial epithets, former Fox host Todd Starnes tweeted “white terrorist” and “#deathpenalty.”

In a later tweet, he added, “According to the white terrorist’s alleged manifesto, he is not a Christian nor is he a conservative. He rejects both.”

That should be self-evident.

Unsolicited sweaty-palmed exclamations like Starnes’ scream, “I must assuage my guilt! This guy resembles me a little too much, so I need to go out of my way to condemn him.”

It’s foolish. If your views on crime or the border or affirmative action prompt leftists to lump you in with murderous race-haters, you’re only justifying the guilt-by-ideological-association smear when you prostrate yourself unnecessarily.

Think of it like this: Every time a random black thug shoots an innocent person, do you expect your black coworker to take you aside and say, “Hey, man, I condemn that jerk”?

You might answer my question with, “Well, I would want my black colleague to issue a condemnation if he’d previously advocated or excused black thuggery.”

In 2013 a mentally ill Irishman, Dermot Mulqueen, who believes the Holocaust is a hoax and that Jews drink the blood of Christian babies, went on a (thankfully) non-injurious ax rampage through his town square.

In court, he directly cited me as his inspiration.

Did I issue an indignant statement separating myself from Mulqueen? No. Why would I? I don’t know him, and I’ve never said the Holocaust is a hoax or Jews drink Christian blood. There’s nothing to “separate” because there was never an attachment, personally or ideologically. When BBC hack David Baddiel interviewed Mulqueen following his release from prison, he (of course) didn’t reach out to me. Had he, I’d have happily told him that Mulqueen is a retard who understands my work like a whelk understands calculus. I’d answer any question about Mulqueen directly and honestly. But I felt no urge to proactively make it appear as if I have a responsibility to denounce someone with whom I have no association.

Anyone who knows my work knows that I’m not a denier, Jew-hater, or advocate of ax rampages. Thus, any “denunciation” would be aimed at people who misrepresent my work, and I don’t give two fucks what such people think.

Go and do likewise. Don’t jump like Pavlov pups to prove your anti-racist bona fides. You’ll end up defaming a good man who was not a racist (Harry Anslinger), or defensively condemning a genuinely vile racist (the Buffalo shooter) as if you have some special responsibility to do so.