The Racket Behind the Rhetoric 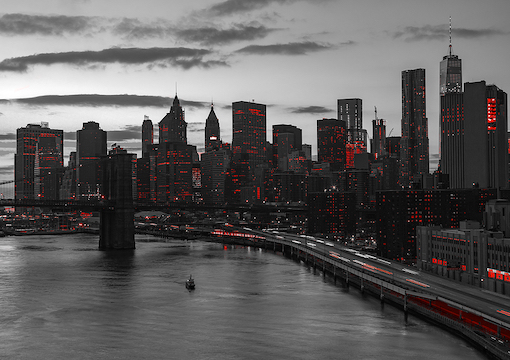 NEW YORK—My friend Douglas Murray is the canary in the Bagel coal mine as of late. The left controls culture, education, and the technology over here, but a few canaries are still free to warn the rest of us that we’re being taken for a ride. Here’s a warning to those multimillionaires who get down on one knee every weekend to make themselves feel better for getting lotsa moola playing a game in the sun. It has to do with black lives and whether they matter or not. Black lives do matter, but not to those who run the racket that goes by the acronym BLM. According to Murray writing in the New York Post, the biggest lie is the racket behind the rhetoric. One year ago it transpired that the real estate empire of BLM cofounder Patrisse Cullors was funded by well-meaning but gullible folk who gave generously to the cause. A $5.8 million house was among the four she owns, although some claim she owns at least six houses. Her response was to call the revelations racist and sexist.

Far more important than the fact the cofounder of BLM has become very rich with the funds of well-meaning naïfs are some facts revealed by the Brit canary in the coal mine. Here’s what Douglas had to say in a jiffy: Left-wing papers like the NY Times and Bezos-owned Washington Post plus CNN and MSNBC pretend that racism is pandemic in America and that close to 10,000 unarmed black men are annually killed in America by the cops. The operative word here is “annually.” Among liberals 40 percent believe these figures. The actual number is around ten. For any of you who failed math at school as I did, the big lie by the lefty media simply multiplied the number by 1,000 percent. Just think of it for a moment. Platforms supposed to objectively inform the public multiplied a number one thousand times in order to discredit the police, and to convince the world that Uncle Sam is a racist beast. Our old friend Zuckerberg did what was expected of him and classified the original exposé by the New York Post as “abusive” and prevented it from being shared on its platform.

“One has to laugh at this joke culture and slow death of this once-great city.”

BLM originally conned the public by claiming they would address the ills that plague America. The moola rolled in and the leaders cashed in by buying mansions in chic areas of El Lay. Once it became obvious this was a con worthy of Bernie Madoff, Big Tech buried it. This is America today, a place run by hustlers who are protected by smarter hustlers eager to be woke icons. Otherwise, the Bagel is getting more violent by the minute, the latest being a gunman shooting about fifteen people in a crowded subway car and only stopping when the Glock he was using jammed. He got away, but his picture, age, and name were posted while the fuzz was looking for him. Not by the NY Times, however, because the perp happened to be black.

There are, of course, reasons to laugh and be merry. All one has to do is look at the NY Times headlines. On April 12, in bold letters: “Woman Pleads Guilty to Tackling Black Teen in Lobby of Hotel.” To tell the truth, I think something is very funny for a grown woman to tackle a black youth in a hotel, mistakenly as it turned out because he had not stolen her mobile phone; a man-bites-dog story, and very funny because the paper treated it like a major crime. American women tackle men all the time in hotels. In a more serious vein, accused murderers are automatically sprung every day because of bail laws that make it possible, but the word most heard and used around the Bagel is “racism.”

One has to laugh at this joke culture and slow death of this once-great city. I go out all the time and have yet to be nicked as crime goes through the roof, but I worry about my buddy Michael, who lives in Brooklyn in the middle of all the carnage. And while politicians spin the violence in the Bagel, and the TV networks warn us about the dangers of white supremacy, the cops continue to be handcuffed and the criminals coddled. The language, too, has gone south, ghetto vernacular being in, a mid-Atlantic accent almost a capital offense. This mindset has even affected the clothes we wear. Preppie or clubby is considered to be racist, and that goes for men’s looks also. A good-looking man must be a racist, sexist beast, whereas those ghastly bald men with beards are viewed as sensitive and with-it. Brooks Brothers, the shop that served preppies these past one hundred years, bit the dust sometime last year, and Abercrombie ditto, both seen as out of step with millennial and Generation Z customers. Papa Hemingway used Abercrombie for fishing and hunting gear, and F. Scott Fitzgerald was a Brooks Brothers devotee. Now both stores have shut down, their demise hastened by an activist (read busybody asshole with a bald head and long beard) who demanded that Abercrombie make plus-size clothing for the slobs that Americans have turned into.

That’s the good news I have for you from slob city this week, and if I survive stray bullets the coming weekend—I plan to eat out every day and even visit the park—I’ll have better news for you next week.