The Real and the Bogus 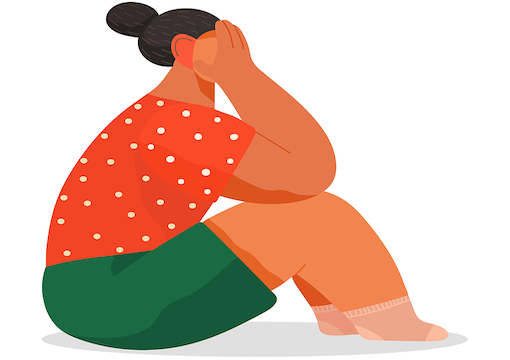 When I read that several staff at Random House Canada had cried during a meeting to discuss the publication of Jordan Peterson’s new book, supposedly because of how the author had affected their lives (adversely, of course), I was not sure whether I should laugh, be disgusted or outraged, or even feel a little sorry for them. How could anyone who worked in publishing be so fragile, so utterly weak and lacking in fortitude, what my teachers used to call moral fiber, that the mere publication of a book could reduce him—or rather her—to tears? With what hysteria would such people react if a book of their own were refused publication?

Such fragility is now to be expected, however, because crying at the first opportunity is the new heroism. To display one’s vulnerability to all and sundry is a manifestation of emotional authenticity, to hold anything inward a form of deceit and betrayal of the self. A cycle of competitive vulnerability is set up; the person who can withstand the least is now the strongest, and certainly the most moral.

It goes without saying that the kind of tears shed at Random House Canada are also a weapon of the kind employed by blackmailers. How could anyone but an unfeeling monster ignore them? The vast majority among us feel a natural inclination to succor distress, and obviously the most effective way of doing so in this case would be to abandon the proposed publication. What a tremendous relief it would be to all those poor suffering women!—until the next time, of course. We might be entering the first age of censorship by the tears of publishing staff.

Oscar Wilde said that only a man with a heart of stone could read of the death of Little Nell without laughing. But sentimentality comes in many forms, and one of them, nowadays the most prevalent, is the deliberate elevation of emotion over thought. This is not to say that emotion has no place in ratiocination. Indeed, it seems to me likely that thought requires some kind of emotion for it to take place at all; for, as Hume said, reason is the slave of the passions, and without a passion of even the most etiolated degree, we could hardly rouse ourselves to bother to think, or to choose to think, about one thing rather than another.

“An emotion not extravagantly expressed in public is an emotion wasted, if not actually inexistent.”

The tears of the employees of Random House Canada had for me the unmistakable aura of the bogus about them, like the preaching of American TV evangelists. But here, I have to admit, we are entering deep philosophical waters: For how does one distinguish between true and bogus emotion, in this case distress?

It is unlikely that we shall find an infallible criterion, given Man’s capacity to deceive not only others but himself. Having just decried the elevation of the emotional over the rational, I find myself guided in this distinction between the bogus and the real by instinct. When I see an American TV evangelist, I do not deduce or conclude that he is a fraud from a series of observations, but rather I see his fraudulence as a gestalt the moment he appears. What I find surprising is that not everyone has the same reaction as mine. How can anyone not see that he is a fraud, from his smile to his sobs, from his hair to his shoes?

I am sure that the lachrymose Random House Canada staff would claim that their distress was real, and that they would claim for themselves special authority to speak about the genuineness or otherwise of their own emotion, as we all do in the case of ours.

But I sometimes express bogus emotion myself, and I assume that I am not so unusual a person that I am the only person in the world to do so. I am particularly prone to bogus anger, that is to say anger whose expression extends well after I have ceased to be really angry, continuing to express anger either for effect or because I enjoy expressing it. In a sense, I am watching myself being angry rather than just being angry; and I suspect that the distress of the staff of Random House Canada was thoroughly, though surreptitiously, enjoyable to them. It had the added advantage of demonstrating their virtue to themselves and to each other, for surely only very good people are so moved by what they consider wrong that they cry over it?

But it is unlikely that the women, if asked, would recognize, or at least admit to, the phenomenon I have described with regard to my own anger, and in the absence of such an avowal, a recognition that their emotional expression was greater than their emotion itself will not serve to distinguish publicly between the real and the bogus.

Perhaps the fact that the crying was in public, and collective, was a clue to its ersatz quality. In this connection, I remember an old lady who was a patient of mine who had suffered a catastrophic series of personal losses—not just the prospect of the publication of a book with which she disagreed—and who told me that she did not cry in public, though she felt like it, so as not to embarrass or inconvenience others. This, of course, is precisely the opposite of our modern sensibility, according to which an emotion not extravagantly expressed in public is an emotion wasted, if not actually inexistent.

Did the women at Random House Canada cry on their own in the privacy of their own homes (without benefit of Facebook or Twitter)? It seems to me unlikely; but if one made crying at home the criterion of sincerity, they would soon start to cry at home. Demand creates its supply.

Thus it is very difficult to prove an emotion, other than one’s own, bogus, and yet there is an unmistakably different quality between the grief of my elderly patient, say, and that of some of the staff of Random House Canada. The latter was instrumental, goal-directed, and highly ideological; the former was personal, spontaneous, undemonstrative, deep, and comprehensible by anyone of minimal powers of empathy.

There is no plumbing the shallows of the modern soul.