The Rise of Meloni 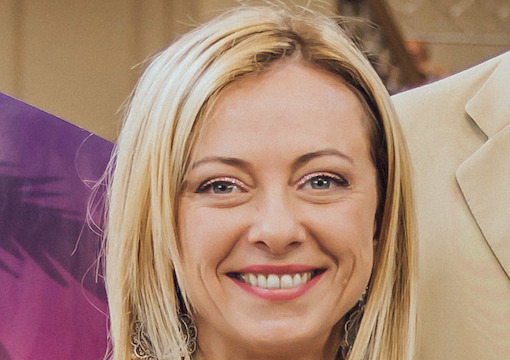 Italian politics in recent years make ancient Rome look like Belgium. By all means catch up on the details of Italy’s current political infighting, if you have a spare day or so, but you’ll watch Antonioni films that are easier to follow. A series of unstable, coalition-led governments has seen various prime ministers come and go, different parties dip in and out of favor, the usual treacherous shifting between collusion and backstabbing, and the resultant impossibility of any stable policy formation or effective government.

But the tectonics of power are shifting. Parties who once held positions of influence are pulling up lame. Uncharitable observers have been known to call politicians comedians, but Italy’s Five Star Movement actually was started by a stand-up comic, Beppe Grillo. And, in the commedia dell’arte that is the Italian government, Five Star briefly became kingmakers, forging coalitions with parties from both left and right. Those days are gone.

A general election this coming Sept. 25 and forced by the resignation of Prime Minister Mario Draghi could see a new coalition government that will please ordinary Italians to the same degree it spooks the horses in the E.U. paddock. As for the predominantly male courtiers of the Italian political class, the favorite to become prime minister will also make them uneasy; it’s a woman.

“Meloni is potentially the first-ever female prime minister of a notoriously macho country, and so she should be a bright star. The problem is that she is right-wing.”

Giorgia Meloni is potentially the first-ever female prime minister of a notoriously macho country, and so she should be a bright star. The problem is that she is right-wing, and that trumps her gender. In fact, not only is Meloni right-wing, but at age 15 she joined the Youth Front of Movimento Sociale Italiano, a party formed in 1946 by supporters of another Italian politician, name of Benito something. Mussolini, that was it. So, yes. You might call Signora Meloni a lady of a conservative cast.

For the European Union, Meloni is deemed populist because she is popular, terms the E.U. commissars often confuse and conflate. With her party topping the polls for months, Meloni understands that ordinary people are getting wise to, and tired of, the tendency of coalition politicians to sway with the breeze and so produce weather-vane politics. She has a stable vision based around nationalism and Christian values, although political enemies note that she is not married to the father of her child. Oh, please. This is Italy.

Meloni is also vocally opposed to abortion, mass immigration, gay marriage, and LGBT teaching, stating publicly that trans people are used as ideological “human shields” in the culture war. Oh, and she believes the great replacement to be what young people call “a thing.” If that’s not enough, what will be sending a chill wind through the Brussels chambers is Meloni’s deep suspicion of and opposition to the E.U. superstate, preferring to talk at most of a confederation of sovereign nations.

This opposition to fickle political tactics is exemplified by Meloni’s approach to Ukraine. While polls show Italians to be less keen on throwing money and arms at President Zelensky than G7 partners France, Germany, and Britain, Meloni supports continuing financial and military aid because she sees a longer game, telling national broadcaster Radiotelevisione Italiano that “Ukraine is the tip of the iceberg in a much broader conflict that aims to reshape the world order.” That will goad the E.U. just as much as the fact that Meloni’s party is named Fratelli d’Italia, which not only means “Brothers of Italy” but is also the first line of the Italian national anthem. Now, that’s how you do nationalism.

And Meloni is reading the room expertly. She doesn’t want Italy to leave the euro, for example, which other European countries have muttered about doing. Italy is the world’s seventh-largest economy, and with a specter called inflation haunting Europe, Meloni may sense this is no time to further destabilize that economy. Also, she will be more than aware of growing Italian impatience with immigration. The island of Lampedusa, closest port of call to the northwest African Maghreb, is never far away from a flashpoint. Fortunately, Matteo Salvini, one of Meloni’s potential coalition partners, is respected by Italians for his forthright stance on securing the borders.

Meloni has also received the imprimatur of the grand old man of Italian politics, Silvio Berlusconi. At 85 he is the same age as the Pope and his power is waning, but symbolically he is still a sponsor of near-papal influence. Berlusconi’s Forza Italia party, along with Salvini’s Lega, is part of the tripartite coalition that could command an easy majority in parliament. Forza Italia is the least radical of the three, as it is widely held that Berlusconi was and is in bed with the E.U., among others.

Is there a Europe-wide move to the political right? The left like to call this a “resurgence” of fascism and hope that this cry of political anguish will ward off the Weimar evil, but they are beginning to run scared. Meloni has no doubts of her own opinion of the far left, suggesting that if in power she would use the same legislation with which Italy currently bans the fascisti to do the same to communist parties. If she leads a successful coalition, however big an ask that might be in modern-day Italy, it might empower other genuinely conservative parties and leaders elsewhere in a brittle E.U. It will also attract the attention of China’s CCP, who are censorious over foreign criticism of communism.

But if Europe’s right is rallying, these are at best only green shoots. That said, Italian electioneering is being held at a time of civil action by farmers across Europe—Italy included—and Fratelli d’Italia is a party with roots in the soil rather than being metropolitan. The E.U., however, will not give up its kingdom easily.

Marine Le Pen failed in her presidential run in France, although Emmanuel Macron did not find his win a comfortable one, and Le Pen’s Rassemblement National increased their number of parliamentary seats from four to 89 in subsequent local elections, historically high figures. To the east, E.U. nemesis Viktor Orbán still holds the fort in Hungary. The addition of Giorgia Meloni to this vanguard might strengthen conservative resolve in Spain and the low countries of the north.

If Giorgia Meloni does become prime minister of Italy, she may wish to frame a motto to hang on her new office wall. She might choose from the work of the late Sir Roger Scruton, perhaps the greatest modern English philosopher, whose conservative writings she admires very much. But this is Italy, already rich in homespun political advice. Niccolò Machiavelli, for example, advises incoming princes as follows in his famous 1513 book Il Principe: “He who becomes a Prince through the favor of the people should always keep on good terms with them, since all they ask is not to be oppressed.”

But Machiavelli is here advising incoming Renaissance royalty of the perils of being popular, not writing of the treachery of Italian coalition governments in 2022. But, were he here, perhaps he might still appreciate the glib wisdom of modernity. In that case, and given the sideways glances any coalition parties will be giving one another, perhaps Michael Corleone’s advice from his sire in The Godfather might better adorn Signora Meloni’s office wall should she triumph: “Keep your friends close, but your enemies closer.”