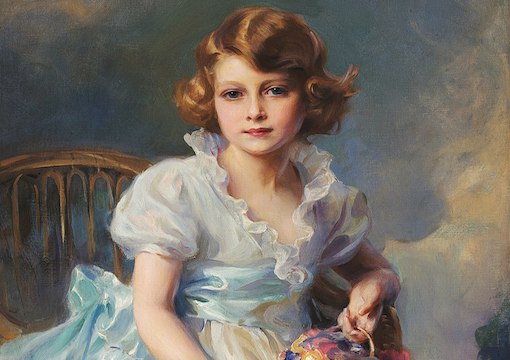 The last words of Queen Elizabeth are reputed to have been, “All my possessions for a moment of time.” That was Queen Elizabeth I, however, in 1603 and not the current United Kingdom’s late lamented monarch. That postscript would hardly have suited Elizabeth Alexandra Mary Windsor, known more famously as Queen Elizabeth II and who passed away last week at her beloved Balmoral Castle in Scotland.

Having lost her husband, the Duke of Edinburgh—originally Prince Philip of Greece—last year, there was a national foreboding that the Queen would not be long in following him. The pathos of the photograph in which Her Majesty sits in a church pew alone at the Duke’s funeral due to Covid restrictions was poignant.

In 1952, at the age of 25, Princess Elizabeth was on a trip to Kenya when she learned that she had become Queen of the United Kingdom of Great Britain and Northern Ireland owing to the sudden death of her father, King George VI. “In a way,” she said later, “I didn’t have an apprenticeship.” But as an infant she had possessed such an air of command and maturity that Sir Winston Churchill—who would later be the first prime minister to serve under the new Queen—remarked on it, and Elizabeth seemed born for the throne. During World War II she joined the Auxiliary Territorial Service and, although this would be difficult to prove, was almost certainly the only female royal head of state who could also service a truck. A few years later, the mechanic would become the Queen.

“Through a sea of familial discord the Queen maintained dignity, ceremonial posture, and a moral authenticity now vanishing from the country she served.”

George V had died in 1936 and his eldest son had become Edward VIII. However, the USA and Great Britain had a special relationship even then because Edward abdicated to be with American socialite Wallis Simpson. Those Yanks, coming over here and stealing our kings. So the Duke of York became king until his death and Elizabeth’s accession. Sadly, it is a myth that Keith Richards was a choirboy at Queen Elizabeth’s coronation, although she did see him perform in a school choir in 1955. So her Majesty saw more of Keith than she did of Mick Jagger when he was knighted, reportedly staying away from the ceremony as she had described the singer as “not suitable” to receive the title.

As titular Head of State, Queen Elizabeth had inherited an empire on which the sun was now finally setting, and a Commonwealth increasingly keen to slip the colonial leash, although one to which she remained devoted. Three years after her coronation, the Suez Crisis more or less finished Britain as a player on the world stage. At home, the monarchy and its role were beginning to be questioned by the media, doubtless egged on by a newly coalescing political class with dreams of a republic. The Royal Family—or their PR people—responded with a kind of Windsor-style glasnost, opening up the royal homes to TV cameras and moving into the mass-media age. The problem with the Queen allowing media access to her family, however, was her family.

In a speech aboard the royal yacht Britannia in 1989, Her Majesty playfully alluded to that family, little knowing how much more dysfunction was to come. “Like all the best families,” she said, “we have our share of eccentricities, of impetuous and wayward youngsters and of disagreements.” Queen Elizabeth did not get the family she deserved. Her son Prince Andrew is still heavily implicated in Jeffrey Epstein’s sordid affairs, and Prince Harry and his unspeakable wife were effectively excommunicated by his grandmother. Wrecked marriages blighted the images of both Andrew and Princess Anne, the Queen’s only daughter, while a wrecked car in a Paris subway ended that of her son Charles, now the King. Queen Elizabeth was criticized by the media for failing to exhibit visible emotion after the death of Diana, becoming a monarch denounced for failing to show the emotional incontinence that has now become mandatory. But through this sea of familial discord the Queen maintained dignity, ceremonial posture, and a moral authenticity now vanishing from the country she served.

So, the Queen is dead, long live the King. Charles III will be hoping for third time lucky, as the 17th-century reign of Charles I saw the English Civil War followed by his own execution, while Charles II had to deal with naval defeats, a “Popish Plot” to assassinate him and put his brother James on the throne, and the Great Fire of London. At present, however, it is hard to see Charles III’s reign being anything other than turbulent, and you don’t need to be the reincarnation of Elizabeth I’s court astrologer John Dee to tell what the future holds for the nation, at least in the short term. Britain is racked by inflation, particularly in the energy markets; its politically neutered police force shows no interest in preventing the rising crime wave; and the beaches of Kent have become Britain’s version of the porous Texan border.

Also, just as Charles II was crowned at a time of momentous change he himself embodied, the Restoration by which the Stuart dynasty returned to the throne, so the next Charles is ascending the throne at a time of tumult, not Restoration but Great Reset. Charles is viewed suspiciously by those in the U.K. on the political right—don’t fritter away your time looking for them in the Conservative Party, incidentally—partly because of his childlike attachment to ruinous green policies and partly because of his position concerning religion. Whereas the British monarch traditionally swears to be “the defender of the faith,” Charles has stated that he wishes to make that last word a plural. The Church of England is a dying beast anyway, and its prelates vie to outdo one another in terms of the new piousness, “woke.” But an incoming king who in theory wishes to protect the interests of Rastafarians and practitioners of Haitian voodoo as well as Christ’s flock might try the patience of a saint.

I don’t imagine that Britain will ever again have a new monarch and a new prime minister in the space of three days, and the Queen’s last royal service was to accept Boris Johnson’s resignation and give Liz Truss permission to form a new government. These are purely ceremonial functions, of course, and only in theory could the Queen have said, “Absolutely not, to the Tower of London with you.” That didn’t happen to any of the fifteen prime ministers to have served under Queen Elizabeth II.

In later years, although her physical mobility declined as one might expect of a nonagenarian, Queen Elizabeth continued her service, never putting a constitutional foot wrong, never showing partiality, bias, or political preference, and possessed of the one thing guaranteed to enrage progressives: the love of the people. Tiresome left-wingers have already insulted her memory in the idiot’s agora that is social media. The Queen’s Speech every Christmas Day was an unflagging ratings success, although that is too heartless a way to judge it. People watched it not because it had been sold to them by an ad campaign but because they wanted to hear what their Queen had to say.

It is difficult to describe the adoration of the British people for the departed monarch without becoming mawkish. She vowed at her coronation that although she could not lead the British people into battle or enact laws for them, she could give those people her heart. She did, and the people of what Queen Elizabeth II called “these old islands” gave theirs straight back.