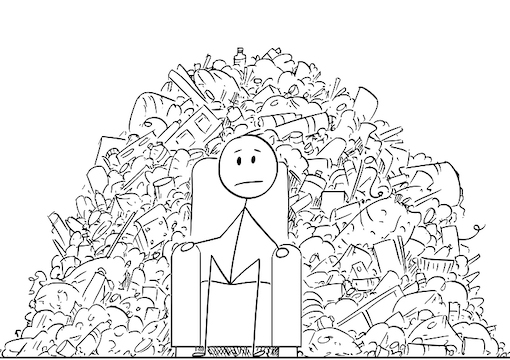 My understanding of economics must be deficient, or else my personal experience of the world is misleading. Both are possible, of course: None of us can experience more than an infinitesimal part of all that the world contains, and since even the best economists often have a poor grasp of reality, it would not be surprising if my understanding of a subject that I have never studied were minimal.

Nevertheless, there is a strange disjunction between what I read in newspapers and on the internet—that Europe is undergoing deflation—and the rising prices I notice when I try to buy anything. For example, this year the price of Métro tickets in Paris has risen by nearly 13.5 percent. The price of a haircut has risen by 10 percent. Although I am hardly an obsessive follower of food prices, the cost of food has clearly risen in recent months and is almost certain to continue to rise because the harvests have been bad and those products that require harvesting by human hand have not been harvested at all because of a shortage of cheap labor. I ate in a favorite restaurant yesterday and it cost 20 percent more than usual without my having eaten or drunk anything more than usual.

I accept that my experience is very limited. I haven’t bought any clothes recently, and if I had, I wouldn’t know whether prices had risen or fallen. I buy clothes very infrequently, in fact as infrequently as possible, and so have no means of comparison. Europe, moreover, does not consist only of the places I have frequented. Clearly, then, direct personal experience such as mine is not sufficient to decide the question; detailed measurement is necessary.

And yet, in my heart of hearts, I am convinced that there is inflation rather than the reverse, whatever the economists say. This is not only because of my personal experience, but because, like almost everyone else, I am perpetually on the lookout for something, such as rising prices, to complain about. What one seeks, one finds. However bad deflation may be for the economy in general, falling prices mean obtaining more for your money, so you are better off—provided that you have at least the same amount of money, of course. Therefore, for every falling price that we notice, we notice a hundred rising prices. This helps to convince us that our dissatisfaction with the world comes from without, from the circumstances, rather than from within, from the cast of our mind or constitution.

“In a modern consumer society, not to have indefinitely expanding wants is to be a bad, or at least an anti-economic, citizen.”

My notions of economics are, I must admit, not only primitive but contradictory. I am a follower of the greatest economic thinker of all time, Mr. Micawber. It was he who discovered the law according to which to live within one’s means was the secret of happiness and to live beyond them was the secret of misery. To be able to follow this advice, however, one must be able to control and limit one’s wants, but in a modern consumer society, not to have indefinitely expanding wants is to be a bad, or at least an anti-economic, citizen. For if you are satisfied with what you already have, and realize that to have more will not bring you any greater happiness, you are the salesman’s nightmare. You will not indebt yourself in order to take immediate possession of what you neither need nor want, and if everyone were to follow this example, the economy would collapse for lack of demand. Enrichissez-vous (enrich yourselves) said Guizot, the 19th-century French historian and politician, who thought that by enriching yourself you were enriching society and therefore everyone. Today he would say endettez-vous (indebt yourselves), because by doing so you will keep the wheels of commerce turning that would otherwise seize up.

Consumer society reverses the old saw that necessity is the mother of invention. On the contrary, invention is now the mother of necessity. If smartphones had never been invented, we should never have thought, “What we need to complete our happiness is a smartphone”; but once they were invented everyone had to have one, and indeed within a short time life has become almost impossible, or at any rate inconceivable, without one. The same is true of other inventions, past, present, and no doubt to come. The kind of equilibrium that makes possible obedience to Micawber’s law is now very difficult for those of modest means. Seemingly necessary expenses increase faster than do salaries; and perhaps it would be salutary and beneficial, especially for the poor, if Western societies were to institute a kind of electronic Ramadan, such that for a month a year it were forbidden for anyone to consult a screen of any description. Unlike Ramadan, however, the “fast” would have to continue for the entire 24 hours and not be broken once the sun went down, otherwise people would glue themselves to their screens as soon as they were able and not sleep a wink. “Throw down your crutches and walk!” commanded the old-fashioned faith healers; to which we might now add, “Turn off your screens and think!”

I have to confess, however, that I am by no means a perfect advertisement for what I teach, namely the simple and economically modest life. When I consider my possessions, I realize that, without ever having set to do so, I have accumulated so many that they will pose a serious problem for my legatees (which reminds me, I must make a new will, my former beneficiaries, since I made my last, having become in my estimation unworthy of legacies). Indeed, I have half a mind to die intestate, just to make things difficult for those who succeed me. It is the nearest to immortality that I can achieve.

I knew a talented writer who died recently and who regarded even the typewriter as a dangerous technological innovation. Until the advent of the word processor, he was able to send in his work to various publications handwritten and they would go to the trouble of transferring it to a typewritten manuscript that would then in turn be transferred to hot type. He lived into an age when no young person knew any longer what movable type was. Along with another friend who has abjured the internet and the mobile telephone entirely (without, so far, any damage to his health or well-being), he is my hero, insofar as I have one.