The “Science” of Caging a Compliant Majority 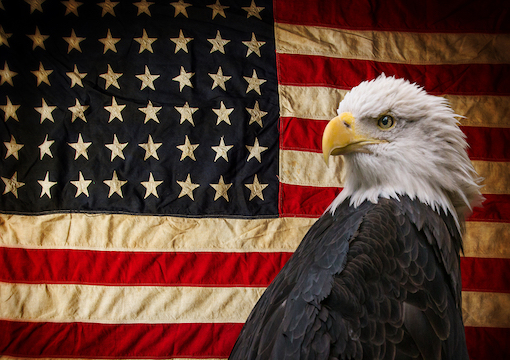 In late February, a seven-year legal battle finally reached its conclusion, but nobody noticed. It should have been a big story, but it was eclipsed by the Chinese viral apocalypse. Which is ironic, because even though, at first glance, the legal battle in question has absolutely nothing to do with COVID, thematically, it’s surprisingly relevant.

To put it mildly, Justina Pelletier has had a rough life. A premature baby, she was born with cartilage wrapped around her colon, leading to years of stomach cramps, intestinal blockages, and an absence of bowel control. Many surgeries followed, including a cecostomy. By the time she was a teenager, Justina was being treated at Tufts Medical Center for mitochondrial disease (cellular malfunction). At age 14, her compromised body was hit with a life-threatening flu, which weakened her to the point where she couldn’t walk. Her physicians at Tufts recommended that she be taken by ambulance to Boston Children’s Hospital (BCH).

And that’s where things went south. The BCH doctors decided that Justina wasn’t sick at all! According to them, her “maladies” were psychosomatic. So, the Massachusetts Department of Children and Families (DCF) was called in. Justina was declared a ward of the state, and confined to a room in the hospital’s psychiatric unit.

Why did the BCH doctors believe that Justina had to be separated from her parents? Were there suspicions the girl was being beaten? Sexually abused?

Nope. Justina’s mom and dad were “very nice, intelligent, well-intending parents.” Those are the exact words of a neurologist who helped make the case for her imprisonment. Justina needed to be isolated from her folks because her claims of being sick (and the confirmation from Tufts that she was sick) “were validated by her parents.” She needed to be thrown in a cage because her parents believed her. Dr. Jurriaan Peters, who treated Justina at BCH, claimed that the parents had created a “pathological feedback loop” wherein “anytime a person says they’re sick, it’s endorsed or validated.”

“We wanted the parents not to encourage the ‘sick role,’ but rather, encourage her about positive things and to be independent and a teenager,” Peters said.

BCH doctor Colleen Ryan agreed; Justina’s parents would “obsess over her medical problems,” whereas Ryan thought they should put “less focus on negative aspects of her health and more on her positive experiences.”

“Anytime government gets the opportunity to expand its power, whether over one person or an entire city, it will.”

Justina was confined to a psych ward because her parents, believing both their daughter and the Tufts doctors, “obsessed” over her illness while not being “positive” enough. So to counteract that “negativity,” the state locked her in a cell. I doubt I have to point out the incongruity of putting a child in the most negative environment imaginable because her parents weren’t providing the positive environment her health supposedly demanded.

Yet while vilifying the parents, BCH never tried to explain how the doctors at Tufts got the diagnosis so wrong. If the Tufts docs were right, then so were the parents (who wouldn’t “obsess” over their child’s potentially fatal illness?). BCH, and the state of Massachusetts, bypassed that question entirely.

The Pelletier case proved “problematic” for the “IFL Science” crowd, those smug hipster smart-asses who champion science over quackery. This was not a tale of scientists vs. faith healers. Pelletier had been diagnosed as actually sick by brainy Ph.D.s at Tufts (the best in New England!), and diagnosed as not actually sick by brainy Ph.D.s at BCH (the best in New England!). Two different sets of medical geniuses looked at the same patient and the same test results and came to two incompatible conclusions (“Justina Pelletier is suffering from mitochondrial disease,” “Justina Pelletier does not have mitochondrial disease”).

To cop a line from The Prestige, “exact science is not always an exact science.” In Pelletier’s case, either the brainy mugs at Tufts were wrong, or the brainy mugs at BCH were wrong. They couldn’t both be right. But the state, in all its horrific glory, had to choose a side. Was Pelletier in need of intervention or not? And the state naturally sided with the doctors whose opinion allowed the state to do what it does best: display dominance. If the BCH doctors were correct, the state would get to toss a little white girl into a padded cell and destroy a family. So of course the Boston doctors were “right.”

Anytime government gets the opportunity to expand its power, whether over one person or an entire city, it will. If there’s a scientific debate between two sides, and one of those sides is advocating a position that would give government a reason to justify its existence and flex its muscles, that is the side government will choose. Siding with BCH allowed the state to pen a little girl “for her own good.”

And now we are penned “for our own good.” This course of action has been decided upon by mayors and governors who claim to be listening to the “scientists,” but of course, as in Pelletier’s case, the only scientists being listened to are the ones who coincidentally advocate the course of action that expands governmental control. What started out as commonsense notions of “social distancing,” as in, no mosh pits or human centipedes, has transmogrified into “You can’t leave your home.” People are being ticketed and arrested for going outside, walking on a beach, or swimming alone in the ocean. In San Diego, it’s now illegal to sit in your car and watch the sunset. In some cities, you can’t be in your car at all. Or in a park. Or outside a church.

There is no—as in, zero—science behind the notion that we must all be housebound. Indeed, as Ann Coulter tweeted last week, an April 7 paper published by the American Society for Microbiology (authored and edited by seven multi-credentialed scientists from universities in California and Oregon) advances the theory that sunlight is an effective anti-COVID “mitigation strategy” for “infectious agents” that thrive “indoors.” In other words, we should be getting some sunshine. Just going outside for a bit while still observing social distancing is actually beneficial. For us, that is. Not for government overreach.

Vox’s Matthew Yglesias, not even remotely a “right winger,” tweeted on April 15, “I keep reading articles that have headlines like ‘don’t count on warm weather to end coronavirus’ that turn out to be based on studies that say warm weather probably does reduce the spread of the virus.” So even some left-leaners are noticing a problem: Local demagogues and their media lackeys are saying, “Lock yourself in the house; don’t venture outside,” but the science seems to recommend otherwise.

Tell people it’s a good idea to get some sun on their face, and the next thing you know they’ll think they can watch a sunset or worship freely. And we can’t have that, regardless of what the science says.

There was no science behind locking up Justina Pelletier. The BCH doctors were not content to simply render a second opinion. Their opinion had to become law, and Justina had to be sequestered from anyone who felt differently. And the state happily played jailer. In the end, it was not about health or safety, but control.

Justina Pelletier spent almost a year in the psych ward, and sixteen months separated from her family. Then, at age 16, a judge let her go home. Funny enough, it was the same judge who’d signed off on putting her in confinement in the first place. Turned out Justina’s parents weren’t even remotely the “grave danger” to Justina’s health that BCH had claimed. Judge Heavyhand Wackygavel had made an oopsie, and he now declared that Justina was free to go. No harm, no foul. You ain’t sore, are ya?

The Pelletiers sued Boston Children’s Hospital for malpractice. Attorneys for the hospital argued that the doctors had acted in good faith. They sincerely believed that Pelletier’s family was “making” her think she was sick by not contradicting her when she said she was, and by not dismissing the diagnosis from Tufts. Remember, no one ever alleged that the parents were physically abusive. The argument was always, “They’re harming their daughter by fueling her fears about being ill. They’re being overdramatic in their response to her supposed illness, and not positive enough in their attitude.”

In court, the Pelletier family’s attorney presented an email from Christine Mitchell, director of Boston Children’s Hospital’s Office of Ethics, stating that Tufts’ mitochondrial diagnosis was probably correct. So even some people at BCH agreed with Tufts; Justina was caged even though the people caging her weren’t entirely certain she needed caging.

That’s gotta be worth a malpractice judgment, right?

Which brings us to the Pelletier case’s most relevant lesson: Suffolk County, Massachusetts, is one of the most leftist locales in the U.S., with only 5.9% registered Republicans. Hillary Clinton took the county by 80% in 2016. Boston is a “sanctuary city,” as are several other cities in Suffolk. Here’s a deep-blue collection of extremists who are as anti-Trump on immigration as possible. “No kids in cages!” “No separating families!”

Yet within this deep-blue county, a prominent hospital “caged” a kid and separated a law-abiding family for over a year. And why? Because the child’s parents were supposedly “being too negative,” and not focusing enough on “positive experiences.”

Funny how leftists never apply that standard to illegals. Every alien who drags a child to the border, falsely claiming to be escaping “genocide” or “death squads,” is perpetrating the exact same psychological torture that Pelletier’s parents were accused of. Surely those illegals and amnesty seekers are traumatizing their children by convincing them that a sudden, violent death is imminent unless entry to the U.S. is granted. Shouldn’t those parents be separated from their children for “focusing on negative aspects and not on positive experiences”? For creating a “pathological feedback loop”?

Of course not. As the Suffolk County jury made clear, only white American parents deserve to be separated from their children for that.

The Suffolk mentality is what’s prompting hundreds of American nanny statists to snitch on their neighbors for jogging outdoors or walking in a park. It’s what’s prompting government officials to single out whites as villains for daring to seek fresh air, as “journalists” declare that whites are the ones most in need of lockdown.

Welcome to Pelletier Nation, where the only “science” that matters is the one that allows leftist politicians to detain and control a disfavored demographic.

When Justina Pelletier was confined by the state based on cherry-picked “science,” she couldn’t fight back. As a fragile, sickly teenage girl, she had a legitimate excuse.