The Setting Sun in Paradise 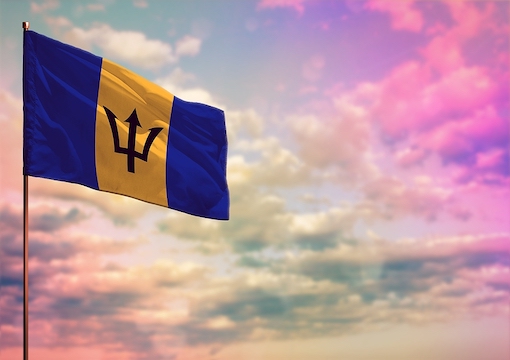 It was a memorable event but not in the way intended. There stood the Prince of Wales, looking like he’d much rather be in Kent or Devonshire or Cornwall—anywhere but there. The military band played nicely but the honor guard wasn’t up to the usual perfection one expects from a British regimental formation.

Things were already beginning to slip.

Charles mumbled something about strong ties between countries, the stain of slavery, the strength of the people; exactly what the Foreign Office told him to say. Then he watched his mother’s personal standard hauled down the flagpole as 396 years of history, tradition, beauty, and drama came to an end. News reporters commented that the impetus for Barbados becoming a republic was the Black Lives Matter movement of last year. Thus, George Floyd’s attempt to pass a bogus twenty at a convenience store made him the father of the republic. Cue the impassioned throngs.

“The new republic was praised by CNN as having finally achieved its independence, which is quite startling since Barbados has been a sovereign nation for 55 years.”

Next the governor-general, the Queen’s representative, was installed as the new president, an act that not so long ago would have been considered treason. Following the solemn ceremony, the musical entertainer Rihanna was named a “national hero” by the new administration. The honor apparently carries the accolade “Right Excellent,” a title heretofore unknown. Her Right Excellency had decided not to wear a brassiere that evening, which added immeasurably to the festive nature of the occasion. As Prince Charles, looking thoroughly beaten by all this, began searching for his military aide, one could see a few ministers of the new government beginning to toyi-toyi. It was definitely time to leave.

The new republic was praised by CNN as having finally achieved its independence, which is quite startling since Barbados has been a sovereign nation for 55 years. Obviously, research is considered too time-consuming at that network. Other commentators remarked that the island would still be a member of the Commonwealth of Nations, which is a wise move by the new republic since whenever tropical storm “Sweet Mother of God!” makes landfall, it will be the Royal Navy (bless the buggers) who will deliver the fresh water and medical supplies to allow “love in paradise” to continue.

Of course, none of this has anything to do with national pride or the right of self-government or personal animus toward Queen Elizabeth II. It has everything to do with the pursuit of money of which this is the first step. Easin’ down the road will be the subject of reparations for slavery, and no speeches or royal proclamations are needed, thank you very much. The Reparations Movement will probably start in the United States and spread worldwide. It has already appeared, doucement, in France where some former colonies have requested their pilfered art objects be returned. France has handed back a few carved wood figurines—no gold.

But Barbados will go the cash route, and to do that legal distance had to be created between Her Majesty’s Barbadian government and Her Majesty’s government in London. If a case for historical reparations is brought, the fact that both nations have the same head of state with both court systems under her jurisdiction might prove problematic. So, the solution was to move to a republican form of government. This would effectively remove any technical impediments to Barbadian citizens pursuing financial restitution.

The second reason for declaring a republic is purely political. A constitutional monarchy is not a hindrance to citizens’ greater freedoms but rather to politicians’ greater ambitions. The importance of the Crown is not in the power it holds but in the power it denies others. A prime minister or general cannot be commander-in-chief nor declare martial law nor do a host of other things in the daily life of the nation. Only the monarch possesses these prerogatives. The political class is well aware of this and therefore seeks to replace the unelected head of state whenever possible.

Such was the case in Nigeria and Sierra Leone and Trinidad and Tobago, among others, often with devastating consequences. The scenario is much the same in all these places; the president takes office and political allies are rewarded for their loyalty with ministerial positions. Foreign companies are awarded contracts to mine copper or diamonds or whatever luxury or industrial commodity is in high demand and which the country possesses in abundance. The contracts are issued for a “modest consideration.” The president is pleased and soon “right excellencies” begin appearing everywhere; you often see their medals and sashes in auction catalogs years after the president’s administration—and sometimes the president—is terminated. Without deference or discipline every army major, police captain, or junior minister begins to wonder if they too couldn’t hold the top job. The ensuing societal instability is a predictable result. At times, retired military personnel or active serving military who haven’t been paid in months decide to form militia units. They fight amongst themselves or the central government. If they have enough of a civilian following (or even not), you suddenly have the makings of a genuine civil war that can last years and literally destroy the country that everyone says they love so much.

All of this is very sad, mostly for the people living there. They often exist in conditions that make Southside Los Angeles look like luxury housing while the “right excellencies” spend the summer in Antibes (so much cooler than Lagos). Hopefully, Barbados will escape this sort of future and continue in peace and plenty for decades to come.

We must also remember our own colonial heritage and the difficulties we faced during the period of creating the United States and so wish Barbados well in their new chosen destiny but also recall the counsel of Benjamin Franklin in 1787 upon his departure from the Continental Congress. He was asked what form of government had been chosen for the new nation. The American sage replied, “A republic, if you can keep it.”