The Slow Implosion of the European Union 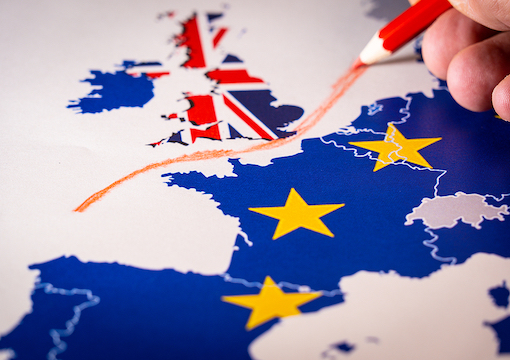 It was just supposed to be a trading organization, a way to make commerce easier and in so doing build a sense of friendship and understanding on a war-ravaged Continent. In fact it was called “The Common Market.” But even after having joined (after years of being blocked from membership by President Charles de Gaulle of France), Britain had doubts.

For decades a parade of prime ministers implored the E.U. to halt its efforts for the closer integration of nations. Their entreaties fell on deaf ears. On came the E.U. flag, the E.U. anthem, rules and regulations on literally every facet of human life. Officials began talking about a “federation” of states, with a common foreign policy and army. And then came the common currency: the euro, a fraud of monumental proportions because it sought to replace national currencies that are based upon the economic realities of each nation with the illusion of fiscal strength based on “solidarity.” It is, in reality, deeply dishonest with a distinctly anti-American flavor. Ever suspicious of Continental combinations, the British looked on in anger. When they finally had their say, they wanted out.

Brexit sent shock waves throughout Europe because it was the beginning of the realization among Europeans that it didn’t have to be this way, life could be different and it was in their power to make it so.

“The people’s will, ultimately, cannot be cast aside.”

In an interview following the referendum the very pro-E.U. French president was asked if he would hold a similar one for the French. “Non,” he replied. But why not? “Because we might lose.” That is the essence of E.U. strategy: If you think the people might vote against our policies, don’t hold the vote. So much for E.U. democracy.

After Brexit, France invited British banks and financial service companies to relocate to Paris, “rolling out the red carpet.” Pundits predicted impending financial doom. It never happened. Company CEOs looked at France’s constant social turmoil, including the “Yellow Vest” movement, and decided that staid, boring London was preferable to having your branch offices firebombed by malcontent farmers, Breton fishermen, and anarchists-for-hire. For years E.U. negotiators stonewalled the British at every turn, even threatening the link of Northern Ireland to the rest of the United Kingdom. An agreement was reached and quickly rejected by Parliament. The government fell and a general election was called. Again, withdrawal from the European Union was the peoples’ choice. Talks resumed and, as before, whatever the E.U. placed on the table was termed the final offer. This the British wisely recognized as a bluff.

So why, after all these years, was an agreement possible? Because everyone at the table wanted to make money, or rather, wanted to continue to make money. Despite all the posturing, the threats, the insinuations of blackmail, the kisses on hands and cheeks by pear-shaped Eurocrats prior to lunch and dinner meetings that led nowhere, everyone understood that, in the end, if there was no deal, no one could make money. And that is the secret to the deal. When the trucks leaving Dover for Calais were backed up for miles due to a new COVID-19 scare just before Christmas, it was a portent of what could occur on a daily basis without an agreement, and someone at E.U. headquarters in Brussels had the presence of mind to declare, “Sweet mother of God, we can’t let this happen.” Therefore, a deal was certain. “Voilà!”

So, the deal was signed, predictably, at the last minute. The E.U. lead negotiator Michel Barnier stated that whatever the outcome, “the British cannot have their cake and eat it.” Well, they came pretty damned close. Free trade with the E.U. was confirmed with minimal border checks (this was deemed impossible in the early days of the talks), the end of jurisdiction of the European Court of Justice, the termination of the E.U. customs union, the end of unlimited immigration, and an open Irish border (also deemed impossible). Britain will not contribute to a European army, will follow its own foreign policy, and can now negotiate trade agreements with other nations worldwide.

So far, all has gone smoothly. To the consternation of the BBC, CNN, and The New York Times, long lines of trucks did not appear in Calais with fistfights erupting between drivers and border control agents. The paperwork was correctly filled out, the New Year’s holiday helped, everyone was calm. But these “news” sources would like nothing better than to see the British people starve in order to illustrate the folly of Brexit to the uneducated, unsophisticated masses that voted for it—twice. And the left’s lament over travel restrictions to Europe is patently false. No one will physically restrain you to remain in Britain if you wish to travel. Secure a passport and visa, have lunch in Lisbon.

This whole saga is about what democracy is and what it isn’t. Democracy may not bring the results you wish, but it must be respected. It cannot be misrepresented, or slanted, or—as some would wish—ignored. Forestalled, yes, but only for a while. People ultimately know, or rather feel, what they desire, and despite the time that it takes for a mature democracy to fulfill that desire, it shall surely come to pass. Not self-important commissioners, nor self-appointed bureaucrats, nor organizations posing as sovereign powers can deny them; the people’s will, ultimately, cannot be cast aside. The coins of an ersatz currency that they have been forced to carry in their pockets they will carry no more. Of course Poland, Hungary, Greece, and Italy are watching these developments very closely. They are trying to figure their way out because Brexit has a larger message for the nations of Europe than just the withdrawal of a great power from an ill-conceived political construct, and it is this: With consistent effort and steely determination, you too can be free again.