The Slow-Motion Suicide Bombers of the West 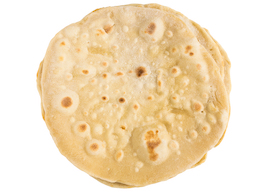 All Mirah Wilks ever wanted was to be a victim. But, tragically, her luck was just too good. For 69 years, the Israeli-born Wilks evaded bullet after bullet. As a child she contracted polio, and whereas others afflicted with that terrible disease find themselves tethered to burdensome monstrosities like an iron lung or Eleanor Roosevelt, Wilks recovered without a scratch.

As an adult, she developed kidney cancer. Surely that would do the trick! Nope…full remission.

When disease failed to fell her, she set her sights on man-made opportunities for martyrdom. She convinced herself that a massive Arab-led war of extermination would soon consume her beloved Jewish state. When that didn’t happen, Wilks decided to act as though it had. She “fled” to Australia, and then South Africa, where she settled as a “refugee” (a “refugee” from a nation where she was neither persecuted, expelled, nor driven out by warfare).

Having found safe haven in the land of burning tire necklaces, Wilks the mental case became—what else?—a psychologist. She served as a chair of the Psychological Society of South Africa (PsySSA), lecturing at conferences all over the world, while running her own therapy and counseling practice on the side. With her newfound prominence, she was able to put the misfortune of her inadvertent good fortune to use by helping other non-victims deal with the trauma of not being traumatized.

As her bio page on the PsySSA website explains, Wilks became “an immigrant to South Africa to avoid war in another country” (a war that never happened). Her bio also states that she was “an outsider due to her religion.” Yeah, because Jews are total “outsiders”; no presence at all in establishment circles like government, finance, medicine, or entertainment. Finally, her bio adds that she was also “an outsider as a survivor of childhood polio and adult kidney cancer.” Because who is more rejected by modern society, who is more scorned as an outcast, than someone who fails to die from a disease? What worse hell is there than the abuse and rejection meted out to those who recover? That’s why the motto of St. Jude’s Children’s Hospital is “the living shall envy the dead.”

“I have often wondered how I survived, rebounded and found new pathways to health,” Wilks wrote of her struggles. “What was the source of my ability to regenerate? Where was my source of hope and positivity? Did my attitude on life and my personality have anything to do with my experiences of resilience in adversity?”

Possibly. Or maybe it was just the fact that her wars were imaginary and her diseases nonfatal.

“Ordinary suicide bombers tend to be impatient. Not these folks.”

As a counselor, Wilks sought patients who shared her pathological need to find identity through victimhood. This included men in wigs and dresses who considered themselves oppressed because store clerks refused to call them “ma’am,” and black South Africans who struggled to cope with the Sisyphean fatigue of constantly having to re-sharpen machetes dulled by the skulls of white farmers.

It was the perfect match—a fake wannabe victim ministering to fake wannabe victims. Mirah Wilks quickly established herself as Zuid-Afrika’s No. 1 expert on the victimization of blacks and trannies at the hands of evil white cis-hetero “normies.” Wilks was even pursuing a Ph.D. in “hate crimes” (apparently universities in SA offer that degree now, although it’s not as popular as a master’s in throat-cutting).

But on the morning of Oct. 6, Wilks’ house of race cards came crashing down when she was slaughtered by a gang of oppressed Johannesburg nonwhites who broke into her home, stabbed her twelve times, and slit her throat (look, they had a master’s in it…aren’t we always telling the young not to waste money on degrees they don’t use?).

After 69 years, Mirah Wilks finally realized her destiny: She became an actual victim.

A bell rings; I look skyward and wink. “Attaboy Clarence,” I say with a smile.

And lest you think it’s in poor taste to mock a dead woman, be assured, that’s absolutely not what I’m doing. I’m honoring Mirah Wilks. With her violent death, albeit at the hands of the very oppressed people whose cause she championed, she has achieved the status that so long evaded her in life. But this column is about more than one lucky stiff’s adventure in exsanguination, and Mirah Wilks represents more than yet another Charolais slaughtered kosher-style by roaming gangs of South Africa’s mini-Mandelas.

Wilks’ life had meaning…just not the meaning she thought it had.

Wilks’ professional body of work can be boiled down to one basic, recurring theme: Western society must overcome its “disgust” at what it views as abnormal. As Wilks outlined in a 2016 speech at the Psychological Society of South Africa’s 22nd Congress, mental health practitioners have a responsibility to combat the “moral disgust” that leads to “refutation of the others” (the “others” including “those who fail to measure up to a heteronormative sexual binary”). “Inflexible norms and values” must give way to the needs of the “marginalized Others.” “Decolonisation of language is essential” in the fight against hurty hate speech. In civilized society’s rush to “fuel up self-righteously on our Constitutional Human Rights,” we “discount or marginalize the Other.”

Lecturing at an event sponsored by the South African College of Applied Psychology, Wilks pointed out that disgust is an “early warning system” that alerts living organisms to things that should be avoided (she used the example of the pungent odors that accompany dangerous and toxic substances like spoiled or contaminated food). But this natural survival mechanism must be overcome, altered, and shunned, because disgust—that “smell test” we instinctively apply not just to food but to people, cultures, and ideas—can lead to “xenophobia” and “genocide.”

A neckbeard with his dick hanging out applies lipstick and claims to be Grace Kelly? A Third Worlder fucks a donkey, or a boy, or both? Our evolved sense of disgust that “provides a means of actively signaling disapproval to norm violators” must be subdued. These are “the Others,” and we must condition ourselves to unreservedly accept them.

Wilks was obsessed with “transformation.” Western society must change. Our “norms and values” must be reshaped. And mental health professionals have a duty to bring about this great metamorphosis.

Here in the U.S., Sean Buchanan was obsessed with transformation too: the transformation of his community. The 45-year-old Colorado immigration advocate never met a noncitizen gangbanger, rapist, or welfare case he didn’t welcome with open arms. He believed in sanctuary cities and open borders. In the words of a family friend, “Sean was an advocate for people who were trying to get into our country. He was a huge advocate for justice and equality and anyone who is ‘other.’”

In return for his advocacy, two months ago Buchanan was flattened like a tortilla by a truck driven by an illegal Salvadoran immigrant with a revoked license who was on probation for a previous DUI. Ironically, this poor oppressed “other” had garnered headlines earlier this year by seeking sanctuary in a local church, and Buchanan had been one of his supporters.

Mirah Wilks. Sean Buchanan. Two people obsessed with making the rest of us more tolerant of the very “others” who killed them. I’d add John Sullivan to that list, too, although he didn’t die. Two weeks ago the veteran NBC Nightly News technical director was nearly beaten to death by a gang of black men who surrounded him on a sidewalk near 30 Rock. The gang of noble “others” kicked the crap out of the 72-year-old Sullivan just because he’s white and old.

Sullivan worked for decades for a leftist network that covers up crimes committed by nonwhites while taking every opportunity to slam and shame whites for displaying even the slightest hint of resistance. NBC, too, wants “transformation.”

Wilks, Buchanan, and all the other leftists who’ve been beaten, raped, or murdered by the beloved “others” they coddled, covered for, and foisted on the rest of us are the slow-motion suicide bombers of the West. They depart not in a short, sharp blast of fire and shrapnel, but rather as a result of the long-term, deliberately planned societal “transformations” they spent years bringing about.

Ordinary suicide bombers tend to be impatient. Not these folks; they slowly over time craft the circumstances that eventually kill them. And as with any good jihadist, the joy of death is enhanced by the knowledge that they’re taking bystanders with them. How many have died, and will die, thanks to Mirah Wilks’ efforts to subvert the West’s traditional norms and values? Did she not freely admit that the inborn “disgust” impulse she counseled whites to suppress is important for human survival?

Sean Buchanan was turned into pavement barrio graffiti by one of the lawbreakers he forced his community to accept. It could’ve just as easily been one of his five children run over that day; he didn’t care.

By refusing to report instances of black-on-white crime, NBC News aids and abets the predators who roam the streets of New York (and elsewhere) searching for vulnerable victims. This time, those criminals nearly killed a valuable NBC employee. Collateral damage: an unavoidable sacrifice in the name of jihad.

This is “depraved indifference” suicide bombing. Not premeditated murder, but death as the result of a fanaticism that blinds the perpetrators to the risks their actions pose to their community and themselves.

In a recent interview, New York Times whiner Bari Weiss admitted that the Squirrel Hill, Pittsburgh, temple that anti-Jewish spree-killer Robert Bowers shot up last year really was obsessed with filling local neighborhoods with wretched refuse from the world’s shitholes, via its alliance with the Hebrew Immigrant Aid Society (HIAS), an extreme pro-asylum organization. Funny enough, though, for all of Bowers’ tough-guy “I’m going in” rhetoric, he didn’t have the guts to take himself out. After shooting a bunch of unarmed elderly barrel-fish, he got winged by a cop and meekly surrendered. In the end, he didn’t believe in his cause enough to die for it.

But the members of the temple? That’s a different story. They support an organization that imports exactly the kind of people most likely to rob, rape, or kill them. Squirrel Hill is a good neighborhood; a quiet, heavily Jewish enclave. But when violent crimes do occur, the perps are almost uniformly the “others” championed by Wilks, defended by Buchanan, sanitized by NBC, and imported by HIAS.

Bowers was a one-off. On the other hand, the damage caused by the “others” forced upon the community by HIAS (supported by the members of the temple Bowers targeted) will be felt for decades to come.

People willing to put themselves and others at great personal risk in the name of long-term societal “transformation” will always do more harm than impulsive one-shot terrorists who make a big splash and then vanish with the next day’s headlines.