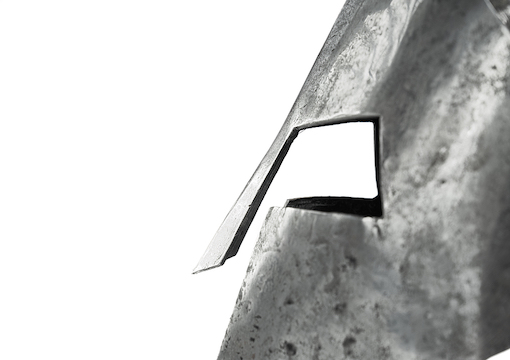 I’ve spent most of the summer sailing around the Greek Isles and reading up on the Spartans. Why the Spartans? Well, both of my mother’s parents were Spartans, and their parents and grandparents also; in fact the line goes back a very long way. Our house in Sparta I visited 25 years ago, but it was closed, like many museums tend to be in Greece when the temperature rises. (Everyone heads for the beach.) I think it was my grandfather who left it to the state, and it’s a beautiful museum right in the heart of Sparta.

When the Italians invaded Greece on Oct. 28, 1940, four of my mother’s brothers immediately volunteered for frontline duty. Their father had spent years as a cavalry officer in the Balkan wars, had been repeatedly wounded but lived to a ripe old age. I remember him suffering from old wounds but never, ever complaining. That was then, but this is now. Now is “We are incredibly proud of her and inspired by her actions and leadership.” This was issued by Visa, the sponsor of Simone Biles, after she threw in the towel and pulled out of several Olympic events. The Spartans might have come up with a rather different analysis.

“Those who cancel me were canceled long ago by history and common sense.”

Sports people outing themselves as suffering from mental health problems is turning from a trickle into a steady flow, and criticizing them might lead to cancellation, something I welcome in view of the fact that those who cancel me were canceled long ago by history and common sense. But before I go on about the Spartans and athletes like Naomi Osaka and Simone Biles, who are now considered by the media to be superheroes for quitting, a word about what the average American who does not adhere to the lefty-trendy New York Times–Washington Post–CNN garbage thinks: Kneeling, gesturing, and turning their backs on the flag is seen as moronic, self-indulgent, and a kick in the teeth for those whose loved ones died defending that very flag. The average American does not want to see American athletes who hate America represent Uncle Sam. But try telling that to the flimflam men who run the media and professional sports. Politics are run by sound bites and focus groups, as are sports. Advertisers developed sound bite techniques about everything and anything: “You wonder where the yellow went, when you brush your teeth with Pepsodent.”

There was no yellow to wonder about 2,500 years before because there were no yellowbellies among the 300 Spartans who faced 100,000 to 300,000 Persians in Thermopylae in 480 BC. That summer, when King Leonidas led out his tiny army of 300 to fight against the Persian invasion, none of them could have imagined that some 2,500 years later people around the globe would be writing books and making movies about them. That summer they felt they were merely doing their duty. Spartan mothers simply told their departing sons to either bring their shields with them or be lying on them. (I tan I epi tas.) “Black women backing out is powerful,” texted an American politician after Biles dropped out.

The Persian kingdom was so large at the time that Herodotus described it as stretching from sunrise to sunset, and legend had it that Xerxes’ army was 3 million strong. The ancient historian Taki has it as 300,000 to half a million, but the 300 Spartans were hardly daunted by the numbers. When King Xerxes was informed of the disparity, he offered the Spartans free passage back home. They refused. Then he demanded they at least put down their arms. “Molon labe,” came the answer, “come and get them.” Finally he threatened that there were so many archers in his army that their arrows would darken the sky. “Good,” came the answer, “we like to fight in the shade.”

When Xerxes sent spies to see what the Spartans were doing he was stunned to learn some were wrestling, others were grooming and combing their long hair. The confidence the Spartans showed was not as foolhardy as it seemed. The mountain pass at Thermopylae was a natural bottleneck where the numerical strength of the Persians was negated. The narrowest part was 150 feet wide. The fighting began and it was constant and relentless. A repeated maneuver whereby the Spartans would turn their backs feigning flight, then reform their ranks and cut down their pursuers, worked time and again. After two days of nonstop combat the Spartans were almost at full strength whereas the Persians had lost thousands. Then came Ephialtes, the modern name in Greek for a nightmare. Ephialtes was a local who knew of a secret path behind the Spartan line and sold it to Xerxes. Although his troops begged Leonidas to leave and fight another day, he chose to die with them. Glory is everlasting, he said.

After three days, the remaining Spartans headed by their king emerged and took the fight to the Persians. Herodotus describes the Spartans as frenzied, and they achieved a glorious death. Even unarmed, the Spartans fought on with bare hands and the Persians chose to kill them with arrows from afar. Twenty thousand Persians died, according to Herodotus. A simple monument celebrates their sacrifice: “Passerby, tell the Greeks that here we lie having done our duty.” Perhaps the purple-and-green-haired black lesbian Raven Saunders who demonstrated while receiving her silver medal should read up on the Spartans. But then, better not.