The Steady March of Liberal Hypocrisy 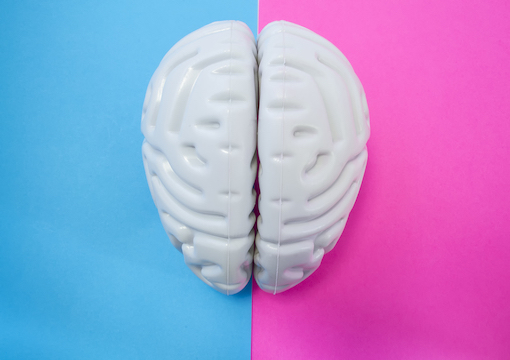 If you’ve lived to reach a certain age and looked closely at the world, you’ve probably noticed how full of crap people are. Indignant when others engage in behaviors that they think are wrong, they are quite willing to ignore their own failings. More than that, once such failings are pointed out to them, people will insist, in their intractable delusion, that those things never even happened.

Such hypocrisy, I’ve argued in a two-part essay for New English Review, stems from nothing other than human nature itself and the nature of the human mind. So it is very formidable indeed.

A universal vice, hypocrisy is by no means specific to liberals. Still, it’s especially annoying in their case, given how self-righteously critical liberals are of other people, and of conservatives in particular. Thus, Gina Rippon, a liberal who is certainly allergic to any notion of “male superiority,” in her review of Sharon Moalem’s new book, The Better Half: On the Genetic Superiority of Women, published last Friday in The Guardian, exclaims:

Let’s hear it for the female of the species and (more guardedly) for her second X-chromosome! Female superiority in colour vision, immune response, longevity, even basic survival from birth to death are illustrated in Sharon Moalem’s ‘The Better Half.’ After decades, if not centuries, of bad press for women and their vulnerable biology, this book argues that in fact “almost everything that is biologically difficult to do in life…is done better by females.”

In her subsequent summary of the book, Rippon omits to tell us that before feminism, the belief that women are “the weaker sex” was accompanied by the reverential treatment that was chivalry, which took it for granted that women were uniquely valuable, and therefore worthy of the greatest sacrifice. For Edmund Burke, chivalry had an essential moral function, softening the natural greater harshness of men and enabling society to have a higher type of manners than the modern age “of sophisters, economists, and calculators.”

Not that Rippon’s omission is surprising. A professor of cognitive neuroimaging at the Aston Brain Centre, Aston University, Birmingham, she thinks the view that “the brains of men are different from the brains of women” is an “unproven assumption.” Rippon has written a whole book arguing that dubious case—the trendily titled The Gendered Brain—for which she has been widely criticized. Remarking that “Moalem has perhaps missed a good opportunity to counter estrogen’s frequently negative press,” Rippon comes off as yet another boring liberal ideologue—a lame scientist whose overarching agenda is in the service of identity politics.

In light of recent advances in science, it is now reasonable to argue that IQ differences have a genetic basis. As a corollary of the greater male variability in intelligence, both most geniuses and most dunces are men. Neither the average IQ nor the below-average one is worth all that much, so, one might argue, by way of pushing back against Rippon, that as regards intelligence men are genetically superior to women. There are also researchers, such as Steven Goldberg, who hold that men are higher (on average) in motivation than women—another reason men have long outperformed and continued to outperform women at the highest level in virtually all cognitive and creative domains. In Charles Murray’s book Human Accomplishment, women are not only underrepresented, but statistically trivial.

“With the left, the actual aim is not equality or any other actual good, but sheer power.”

Yet why bother arguing for the genetic superiority of either sex? In general, whether it’s owing to nature, nurture, or some combination of both, men are better (on average) at some things, while women are better (on average) at others. At their best, the sexes complement one another. That’s real equality, or something like it. By contrast, who but an anxious and insecure dullard, or vulgar careerist, would write a zealously partisan article such as Rippon’s, or Moalem’s book that she has reviewed?

For those on the left, how is the all-important end of “gender equality” served by such petty work? Plainly, it is not. And this brings us to the matter of liberal hypocrisy. Like so many liberal outlets, The Guardian has long published articles against “essentialism” and against arguments about genetic superiority. But given Rippon’s article, it seems that these things are only bad when it comes to men, and doubtless, to white men most of all.

More evidence of liberal hypocrisy is furnished by the histrionic article “The Hate Store: Amazon’s Self-Publishing Arm Is a Haven for White Supremacists,” published on April 7 at ProPublica. According to Kofman et al.:

Interviews with more than two dozen former Amazon employees suggest that the company’s drive for market share and philosophical aversion to gatekeepers have incubated an anything-goes approach to content: Virtually no idea is too inflammatory, and no author is off-limits. As major social networks and other publishing platforms have worked to ban extremists, Amazon has emerged as their safe space, a haven from which they can spread their message into mainstream American culture with little more than a few clicks.

Where, one wants to ask Kofman and her co-authors, is the “tolerance” on which liberals pride themselves? Whatever happened to those old leftists, like Noam Chomsky and Peter Singer, who were averse to “gatekeepers,” stressing that absurd ideas and “hate speech” are the price we must pay for free speech? Are we to believe that democracy, and culture, and the life of the mind come at no cost?

ProPublica describes itself as “journalism that holds power to account.” But in order to do that, is it necessary to object to “extremists” having a “safe space”? Despite much liberal hysteria and paranoia, there are very few white supremacists in our country today, and such persons have little cultural influence and no political power.

From the start, Bezos was determined that nothing should interfere with the company’s relentless quest for scale. He instilled in employees an almost dogmatic rejection of gatekeepers—those intrusive editors and critics who stand between authors and readers, deciding what the public should or shouldn’t consume….

Nevertheless, Amazon has begun to make some of the hard decisions it had previously avoided. In recent years, it has taken down hundreds of works of Holocaust denial, including a large portion of the catalog of Castle Hill Publishers, a revisionist press. In 2019, it banned several books by Greg Johnson and his white-nationalist publishing house, Counter-Currents. It has also removed works by the alt-right influencer known as Roosh and the Islamophobic author Tommy Robinson, both of whom had self-published through KDP. And in March, following decades of campaigns by Jewish organizations, the retailer blocked editions of “Mein Kampf” sold by third-party merchants or reprinted through KDP; the book can still be purchased directly through Amazon….

[W]hile books such as Johnson’s “The White Nationalist Manifesto” have been removed from the site, self-published manifestos such as “The Declaration of White Independence” and “Foundations of the 21st Century: The Philosophy of White Nationalism” remain for sale. We also came across nearly a dozen Holocaust-skeptic books still available on Amazon, including some for sale in Germany, where such texts can be illegal. In response to our questions, Amazon took three of them down….

Is getting books taken down the purpose of ProPublica’s “investigative journalism”? Is it for journalists to decide “what the public should or shouldn’t consume”?

Citing the profoundly partisan and discredited Southern Poverty Law Center, and referring to Julius Evola as a “far-right Italian ideologue cited in a 2014 lecture by Steve Bannon,” Kofman et al. leave no doubt as to their liberal bias. Reading ProPublica’s website, one finds no articles about (let alone exposés of or objections to) the publications of the far left, whether these are self-published or not.

And no wonder. Today, from the academy to the media to Hollywood, the far left is the norm. Far leftists therefore don’t need to self-publish or worry about being removed from Amazon or social media. Reading America’s most influential newspaper The New York Times, with its now-casual hatred of white people, one would not think that racism against America’s largest racial group and founding stock is a moral evil. Nor would one get that message from the many antiwhite liberal journalists on Twitter, whether they write for the Times, The Washington Post, The Atlantic, or elsewhere.

And the situation is even worse, perhaps, in the dreadful academy, which “educates” liberal journalists before they go on to make mischief in print and on the web. Jonathan Church, in two essays for the web journal that I edit, has demonstrated that “whiteness studies” is nothing but internally incoherent sophistry, itself guilty of the very racism it purports to oppose. In this insidious field, Robin DiAngelo and other pseudo-scholars are of course liberal hypocrites par excellence. And as always with the left, the actual aim is not equality or any other actual good, but sheer power.