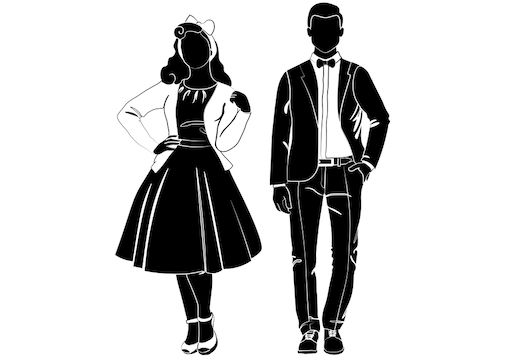 “[O]nly God, my dear,
Could love you for yourself alone
And not your yellow hair.” —Yeats

On television, in the movies, and, most of all, on that vast, unpredictable, freewheeling medium known as the internet, our culture is absolutely saturated with sex—a reality that has long troubled social conservatives.

Meanwhile, attitudes about sex between unmarried adults have never been so permissive. People are likewise ever more accepting of gay marriage, nonmonogamous relationships, and polyamory. These things, though usually met with social stigma only a generation ago, are now widely considered to be normal and healthy. In short, in eros, as in everything else today, it’s increasingly taken for granted that people have a “right” to do whatever they want so long as they don’t harm others.

Then too, even for those who do take a broad perspective on sex, love, the family, and related matters, it’s hardly easy to reach agreement about how people should live together. Indeed, today our country is so suffused with incompatible values and interests that, whether the subject is sex, immigration, the economy, or whatever, any notion of the common good is almost certain to be controversial and, for some, question-begging.

The most striking aspect of the 21st-century sexual marketplace is its strangeness. “These should be boom times for sex,” wrote Kate Julian in an interesting December 2018 article in The Atlantic, but still young people are having less sex than they did in preceding generations. Certainly, for many on the right this is a good thing, given their belief that since the sexual revolution there has been far too much irresponsible sex, a phenomenon that is closely related to the decline of the family.

Anyway, wherever you stand, why the young are having less sex is a fascinating question. After all, it’s not as if there’s any shortage of men and women who want to do the thing! Nor, again, has the social environment ever been so accepting. In her article, Julian summarizes a number of studies indicating the decrease in sex frequency among teenagers and young adults; she also describes a variety of possible causes. A very important one is technology. Julian relates the story of “Simon, a 32-year-old grad student who describes himself as short and balding.”

He couldn’t escape the sense that hitting on someone in person had, in a short period of time, gone from normal behavior to borderline creepy. His friends set up a Tinder account for him; later, he signed up for Bumble, Match, OkCupid, and Coffee Meets Bagel.

“More and more, men and women are just not learning how to meet each other without the aid of technology.”

He had better luck with Tinder than the other apps, but it was hardly efficient. He figures he swiped right—indicating that he was interested—up to 30 times for every woman who also swiped right on him, thereby triggering a match. But matching was only the beginning; then it was time to start messaging. “I was up to over 10 messages sent for a single message received,” he said. In other words: Nine out of 10 women who matched with Simon after swiping right on him didn’t go on to exchange messages with him. This means that for every 300 women he swiped right on, he had a conversation with just one.

What a waste of time! More common, probably, than most people realize, Simon’s unhappy fate signifies just how much the sexual marketplace has changed since women entered the workforce en masse. It used to be that a man of average or below-average attractiveness could nevertheless be fairly attractive to women as a provider. Today, though, women are making their own money, and thanks to technology, are flooded by male attention. So their options, and expectations regarding men, have changed. A man who can pay the bills, or at least contribute to paying the bills, is one among a great many others who can do the same. And some of those others are high-status, handsome, charming, witty, and so forth. Dear God, dear beauties, some even have lots of followers on social media!

Even though, for most men, the internet is a futile way to meet women, a study published last July in the Proceedings of the National Academy of Sciences found that heterosexual couples are now more likely to meet online than through personal contacts and connections. In other words, the internet is now a greater matchmaker than the traditional social circle.

Consistent with this finding, Kate Julian quotes a teacher in Northern Virginia: “No one approaches anyone in public anymore,” she says, her words chiming with those of a 28-year-old woman in Los Angeles: “The dating landscape has changed. People are less likely to ask you out in real life now, or even talk to begin with.” After all, in the hysterical #MeToo era, such “going for it” is not easily distinguished from “sexual harassment.”

More and more, men and women are just not learning how to meet each other without the aid of technology—a cultural change whose significance it would be difficult to overestimate. Technology produces the illusion of rational control, making sex and love seem much simpler than they are. Technology allows us to deal with people at our convenience, to keep them at a certain comfortable distance. But notice the cost: Technology also exacerbates the natural selfishness and fickleness of human nature, and so internet dating is characterized by exceedingly unreliable characters, by things like ghosting and flaking, hell to men and women alike.

Of course, man’s technology cannot defeat Nature herself, and in virtual eros sex differences remain. For natural, biological reasons women are rather more sexually selective than men, and this sex difference is evident online. “Women rate an incredible 80% of guys as worse-looking than medium,” says OKCupid founder Christian Rudder about a study he conducted of his popular dating website. “The average-looking woman has convinced herself that the vast majority of males aren’t good enough for her.”

In stark contrast to men like Simon above, in big cities, the most attractive of men—roughly, the top 15 percent—using dating apps like Tinder, find that there are many beautiful young women who are not only willing to have sex on the first “date”; they will come to your home even without having met you first and get to doing the business within minutes. And not only are these women beautiful; they’ve been to college, have professional jobs, and have been on the pill regularly since they were 16 or younger. Many won’t expect you to use a condom.

Well, those Tinder hookups are a lot of fun, you might say, but their immense societal cost is seen in the inverse relationship between the number of such women in a culture and the number of women who are worth marrying. Such cost is also apparent in the quality of male long-term partners. The rich irony, waiting patiently for many a haughty internet beauty who passes over all those oh-so-nice and oh-so-boring average Joes, is that many in the tiny minority of men who can dominate the sexual marketplace prefer having a variety of sexual partners to monogamous marriage. Monogamous marriage gets damn boring, lots of people feel, but in any case, there’s abundant data indicating that this institution is what is best for children and families.

How do ordinary men, outmatched by “Alpha Chads,” but still pining for the fairest of the fair sex, endeavor to keep up in the sexual marketplace? Many employ what pickup artists call “game,” an instrumental and often quite cynical tactic. Paul Janka, one of the earliest and most well-known pickup artists, though not ordinary in his sexual market value, used to do what he called “number farming.” Approaching women on the streets of New York City, Janka would offer a compliment, make a little small talk, and having (in some cases) got the phone numbers he sought, later send out a “mass text”—like going fishing. As the responses trickled in, it was game on.

In his pickup prime, Janka was a tall, handsome guy, whose results most men are very unlikely to equal. And yet, for all his success as a pickup artist, Janka said he’d sleep with just one woman for every ten phone numbers he got. That inefficient figure is comparable to those reported by other leading pickup artists such as Nick Krauser and Daryush Valizadeh (a.k.a. “Roosh V,” now a Christian who has nothing positive to say about his debauched past). So, “game” is a lot of work, a “hustle,” as Janka put it.

The manipulative aspect of pickup artists is manifest in a certain type of “day game.” Men approach women during the day on the street and pretend to be looking for a bookstore, a gym, or whatever. The needed information is simply an excuse to talk to an attractive woman. The information once obtained, the pickup artist transitions to small talk—in a charming and funny way, if he’s skillful—in order to “build comfort,” that is, to “get past a woman’s defenses.” The goal is to get a phone number or—far better—an “instadate.” There are many books by pickup artists; the literature is large and, though much of it is crass, it’s rather more psychologically sophisticated than you might expect.

While pickup artists differ about techniques, their common goal is sex with as many pretty women as possible, using all manner of manipulation to that end. An empty life, you may say, but for pickup artists monogamous relationships with high sexual market value women are either impossible, too difficult, or irrational, not being worth the risky investment.

has turned into a big stage where anyone can try out their act on the public. In the old days, a carny bimbo would have been confined to a traveling carnival, Hollywood, New York or community theater. Maybe she would have ended up in pornography. It was not an easy way to make a living. Today, she can have a twitter account where she flashes photo-shopped pics of herself. Thirsty losers send her money through PayPal or super chats on her YouTube channel.

To this observation let’s add the “carny bimbo” types on Instagram, on sugar-daddy dating websites, and the women on internet dating websites who tell men to send money to their Venmo accounts. How are these women, who are more or less for sale, so different from pickup artists? The main difference, I should say, is that pickup artists, having a lower sexual market value than the “carny bimbos,” choose to play a covert sort of game. Yes, it’s easy money for their female counterparts, but necessarily fleeting. For attractiveness is largely a function of youth. Age can and will eventually wither us all. And how many stunners there are whose sad fate was captured in the old Rolling Stones song:

The sexual revolution was supposed to “liberate” the sexes from “oppressive” norms and roles. In retrospect, it now seems clearer than ever that it was those very norms and roles that kept the sexual marketplace (and families) stable. Last November, at the annual H.L. Mencken Club meeting in Baltimore, I was struck by a comment F. Roger Devlin made to me: “The final result of the sexual revolution,” he said, “is that nobody is having sex.” Although an overstatement, that’s still pretty insightful. Without certain transmitted customs to which they feel answerable, the sexes are left to their own autonomy. At the individual level, this is typically something less than wise, and as the strange state of the 21st-century sexual marketplace attests, collectively a disaster. As past courtship rituals are supplanted by the shallow and transient interactions and encounters afforded by technology, the result is a lot of very horny and very lonely people who don’t know how to improve their situation.