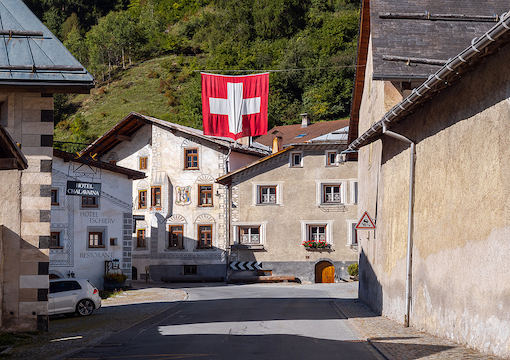 A revisionist-historian-anthropologist-anarchist, whose name is not important because his works are based on personal assumptions and prejudices, insists in a book he co-wrote before his recent death that agriculture was to blame for the sorry state humanity finds itself in at present. According to the departed, hunter-gatherers lived happily in bands, then agriculture was invented, and that led to surpluses, population growth, private property, tribes, cities, chiefs, tyrants, bureaucrats, kings, capitalism, and so on.

I could have told him as much—and I’m no genius, far from it, unlike the departed, who has been called an intellectual superstar by those sandal-wearing (with socks) bearded horrors of the left, otherwise known as professors. The anarchist virtuoso claims that long before the Athenians, in Mesopotamia, councils and citizen assemblies had real power and authority. Another genius, the great classical scholar Taki, disputes that particular theory based on his close friendship with Socrates, Plato, and Aristotle. “These tales originate with con men who spread fake news for profit in the agora and have been and will be around forever,” according to the three wise Greeks. Read The New York Times, The Washington Post, CNN, and the rest of the lefty media for con men.

Any theory, however outlandish and ridiculous, is grist for publicity-hungry wannabes nowadays, so I won’t go on about how magnificently people in Tarzan loin skins democratically managed their affairs. What I will do is praise the Athenian system because it was selective democracy, the purest of the pure of all systems as far as my direct ancestor Taki the elder was concerned.

“States should have the right to nullify any federal law with which they disagree. Keep dreaming.”

Not too long after Jimmy Carter had vacated the White House, at a rather rowdy New York party, I posed the question of selective democracy to him. Admittedly I was in my cups, but my question was valid: “Why should a violent drug dealer have the same right to vote as a brilliant doctor or scientist who has benefited society?” “It’s an interesting question,” said Jimmy, before signaling to his Secret Service people to gently remove me. The ancients had no doubts about this, nor did the Brits until recently. One had to show responsibility before earning the right to vote. As I write, in New York, the state assembly has passed a law permitting noncitizens to vote in local elections.

Mind you, by selective democracy I do not mean elitist democracy, where special interests push for free trade, foreign wars, political correctness, and open borders. To the contrary, a selective democracy uses the platform to further the interests of the people rather than the large corporations and Silicon Valley freaks who fill Washington’s coffers. How does selective democracy work? Well, that’s a difficult one to answer, but I’ll try: There is no fixed model of democracy except the Athenian that comes to mind offhand, but real democracy to me is (was) practiced in small villages in Switzerland, where locals decide on which roads to build, what housing should look like, and what taxes should be imposed and on whom. Recently a leftist government in Berne has begun to impose high taxes on areas that until now managed their own affairs. Good people, meaning Americans and Europeans, have fled and have been replaced by rich Arab crooks and Russian oligarchs. See what I mean? Selective democracy works perfectly on the village and small-town level where everyone is familiar with what needs to be done.

There is no question in my mind that democracy the way we understand it in the West is a sham. Especially here in America, where open borders mean open roads for drugs and criminals to enter, where a free press means the toxic sludge that’s coursing through the media and the internet and is always left-wing, and where efforts to control child porn are seen as curtailing freedom. There is no fixed model of democracy that I can point to, it manifests itself in many different ways, but the Swiss model is the one that Uncle Sam should be aiming for—but the good uncle is doing the exact opposite. States should have the right to nullify any federal law with which they disagree. Keep dreaming.

The threat to liberty and freedom from Silicon Valley monopolies that enforce “progressive” ideas needs to be addressed and put down like the proverbial mad dog. Woke so-called progressivism cannot be permitted to replace religion, family, and masculinity. Facebook cannot be permitted to control thought and news, especially now that the company has admitted that fact-checks the company uses are in reality just “opinion.”

We now know that the fact-check industry is funded by hardcore lefties like George Soros, biased billionaires who hate our past almost as much as they hate a fair fight. Impartiality is now an unknown word to young journalists, who have been brainwashed to see only diversity or lack thereof. Which brings us to the surreal misinformation world that the Zuckerbergs, Dorseys, and Soroses of our society control. This world is the ultimate tyranny, the victory of evil over good, the end of the greatest civilization ever‚ that of Christian Europe and America.