The Teacup Is Empty—Ethnic Conflict in Leicester 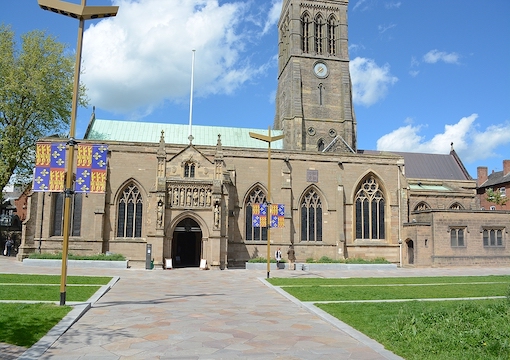 To many onlookers, the recent disorder on the streets of Leicester probably looks like a bit of a black swan. Hindus and Muslims from parts of Leicester and beyond have gathered to fight each other in one of Britain’s oldest and most historical cities. The character of the young men taking part in the violence is, unsurprisingly, that of Asian descent. Apparently, the reason for the conflict, which has been going on for weeks now, is to do with the partition of India, in which Muslims and Hindus were separated into their own homelands, giving rise to a wave of devastating violence.

One thing the English have never really done, and you can see this throughout most of our history, is engage in ethnic conflict. So it’s no wonder that to most onlookers, this street violence, this mob of young angry Asian men fighting outside your local pub or nana’s house, looks like Sky News footage of some crumbling dictatorship. Ethnic conflict just isn’t very English.

However, to those paying attention, there’s no real shock here. Ethnic groups that migrate to the U.K. don’t magically change ethnicity. They don’t declare their ethnic baggage at Heathrow Airport. Their deep-rooted ethnic tensions that date back hundreds of years are brought with them to Belgrave, Tower Hamlets, Croydon, Bradford, and Rotherham.

“There will never be peace while England’s poorest streets are filled with ethnic enemies.”

The footage displays hordes of young men, who are all behind a cause they believe is right. They aren’t first- or second-generation immigrants, either—they are very clearly of multigenerational descent, and yet they have no problem destroying English streets where presumably their families have lived for a few decades now.

This demonstrates one of the biggest lies of multiculturalism: that immigrants become more integrated the longer they live in the West. They’ll play FIFA and watch Gogglebox and drink tea rather than cite the most radical parts of their holy books or join militias. We can see that, in Leicester, this clearly isn’t the case.

Of course, the usual suspects have come out with their apologetics. One of the most egregious offenders has been Rakib Ehsan, a man of Asian descent sitting in the centrist or center-right camp. From his cringe-inducing Twitter account with a banner image depicting multiracial hands joining together over the union flag, he tweeted this solution:

Crack down on ‘charities’ and ‘schools’ perpetuating sectarianism

The solutions that Rakib comes up with are entirely administrative ones that don’t actually hit at the heart of the matter. It doesn’t matter that schools are promoting “sectarianism”—a people tell their own stories to each other, and the story of the Partition is a significant one to these people. They feel they have a natural enemy and are willing to fight them.

His final point about streamlining immigration and asylum systems seems born out of ethnic interest, a desire to further increase the already massive rates of immigration to England.

Any solution Con Inc. comes up with will come out of the same liberal principles that got us into this situation in the first place and will always result in more immigration, which will result in more ethnic conflict. Rakib’s multiracial union flag is just a fantasy—there will never be peace while England’s poorest streets are filled with ethnic enemies. What can we expect when they are forced into the concrete postindustrial car parks that turned the once-proud working class of Britain into feckless consumers?

At least these young men believe in a cause, unlike so many native English lads who are lost to nihilistic consumerism, unable to comprehend fighting for something larger than themselves. It’s just a shame that they have to use another country, or what’s left of it, as their ethnic battleground.

The so-called community leaders of Leicester came in to dissuade the tensions. Elderly Hindu and Muslim men standing together solemnly, the Hindu spokesman calling for unity, stating that both groups came together to “fight the racists” and “build Leicester”—a particularly insulting point, given the fact that Leicester has so much history they accidentally dig up dead kings in its car parks.

The hollow consumerism of modern-day Britain provides absolutely nothing to hold on to for its own people, let alone people who move here. What is a third- or fourth-generation immigrant going to do when he goes to school and sees nothing but hollow modernity consuming his white classmates? What is he meant to hold on to if not his ancestral past, his religion, reinforced every day in his house, on his street, by his community?

The teacup of multiculturalism isn’t just empty—it was never full to begin with. They know it, and we know it. We can’t just make more tea and pretend it isn’t happening anymore. We must throw the teacup out.