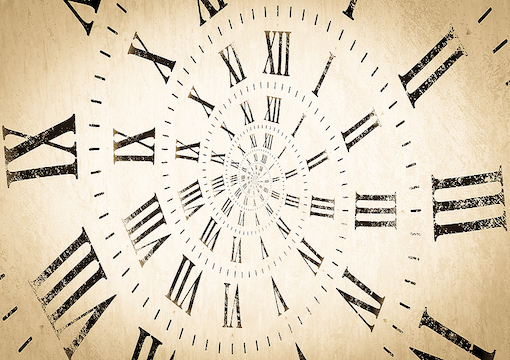 What is it to grow old, asked Matthew Arnold as the first line of his poem “Growing Old,” which he published in 1867 when he himself was 45, a greater age then than now, perhaps, but still not very ancient. His answer was not comforting: He specifically rejected the notion that growing old might be a graceful declension into the tranquility of wisdom.

Ah, ’tis not what in youth we dream’d ’twould be!
’Tis not to have our life
Mellow’d and soften’d as with sunset glow,
A golden day’s decline!

It is something far worse than this, far worse even than mere physical decrepitude, though such decrepitude is certainly part of it:

Yes, says Arnold, but not only this. We eventually “are frozen up within/The phantom of ourselves.”

“I cannot take for granted what previously I never gave a moment’s thought to, namely putting on my socks, which has become an exhausting struggle.”

Yet even the stiffer limb, the function less exact, is sufficiently bad, as I have recently discovered rather suddenly, over the course of two months or so.

I have long noticed that young men in the street effortlessly walk at a pace that I can no longer equal, and pass me by, though by habit I walk nearly as fast as I am able (dawdlers irritate me). Also, young men, and even some women, offer me their seat on the London Underground and Paris Métro, as if I were some kind of invalid. Can I really look as old as that? Surely not. I am not comforted by the persistence of kindness and consideration, at least when I am the object of it—rather the contrary. Besides, when I look in the glass, I do not see myself as so very old. Those who offer me their seats are making what some philosophers call a category mistake; and I am not in the category of the elderly, whatever my birth certificate may say. It is true that when I look in the glass, I put my best angle forward, as if I were trying to take a publicity shot, but can the mirror ever lie?

Alas, like the camera, it can. Very occasionally, when I glance in the glass without preliminary thought or preparation, thus catching a glimpse of myself, I think “Who is that old man there?” and it takes a second to realize that it is I.

Still, we are as old as we feel rather than as we look, and until very recently I didn’t feel much older than I had at 21. Indeed, I may have felt older then than now, and certainly I felt wiser and more knowledgeable. It takes a lifetime to realize that one knows nothing.

I have always been under the impression that I have enjoyed good health throughout my life because of a strong constitution, but actually this is a little like the foundation and other historical myths that each nation is inclined to tell itself, at least until political entrepreneurs come along and try to replace them with other myths more advantageous to their ambitions. In fact, I have had several illnesses that brought me within at least conversational distance of death, though whether most people could say as much I do not know.

Once, for example, I was en route for India by Syrian Airlines—in those days one had to identify one’s luggage on the apron of Damascus airport, on the theory, subsequently proved false, that no one would want to travel on an airplane that he knew in advance would be blown up—and by the time I arrived in Delhi I was in full heart failure (many people had advised me against Syrian Airlines). It was a long way to have come just to be ill, so I ignored my heart failure and proceeded with what I had come to do. The cause of the heart failure was viral myocarditis, from which the death rate within five years was at that time between 25 and 50 percent. But I forgot about it within a few weeks.

Among other illnesses, I have suffered an endocrinological condition so severe that, if I had caught a cold before it was treated, I might have died from it. But still I told myself that I had never been really ill; and this despite at least two other life-threatening illnesses.

Now, however, I have suddenly deteriorated physically. I have an aching in my hips and cannot take for granted what previously I never gave a moment’s thought to, namely putting on my socks, which has become an exhausting struggle. Worse, I have developed ischial bursitis, which makes it uncomfortable to sit; on the other hand, standing for any length of time results in a condition known as meralgia paresthetica, a nerve compression that causes a burning numbness in the side of my thigh, which previously was relieved very quickly by sitting, now no longer the perfect solution it was. I will not enumerate my other problems, except to mention gout.

Until recently, I thought myself all but immune from the travails of age; like death itself, I believed that aging applied to others, not to myself, and was almost a sign or consequence of personal defect. But now the prospect of a severely limited life is very real to me: I have taken what the French call un coup de vieux, a blow of old age, such as I have sometimes noticed, with disapproval amounting almost to a moral judgment, in others.

Strange to relate, one adapts very quickly to limitation, but without enthusiasm. My future, insofar as I have one, is probably that of many pills and alleviating operations.

Matthew Arnold also provided me with a suitable epitaph:

This sentence have I left behind;
An aching body, and a mind
Not wholly clear, not wholly blind,
Too keen to rest, too weak to find…

This surely applies to most of us, who have never found anything even after a lifetime of restless thought. I don’t mind in the least, however, for as Bertrand Russell (I think) once said, there is no reason why the truth when found should be interesting. It is better to travel than to arrive.