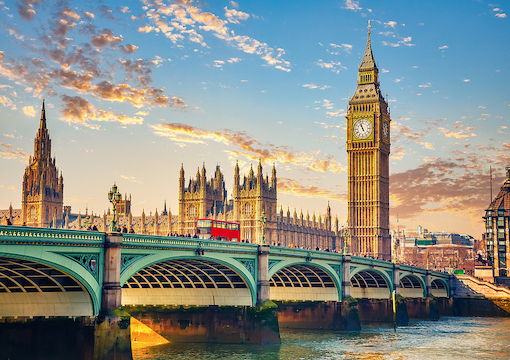 Nice to be back in London, and Glebe Place is a delight. Mind you, it’s not the mansion I was expecting, just a very nice mews house on a very quiet part of the street away from the King’s Road. The noise of the city gets on my nerves, which means I’ve lived on an island and among cows for too long. Alexandra seems to like London more than I do nowadays, and that’s a switch if there ever was one. Knightsbridge was home for forty-odd years, but the wife hated it. Writing about one’s wife is a bit like kissing your sister and all that, but ensconced at home the other night I asked her why London all of a sudden.

“You were playing Don Giovanni all those years, and I found it humiliating to be near those women,” was her answer. I got her point. Now that I’m a toothless shark it’s safe to swim in London waters. Oy vey, as they say in Saudi Arabia. At present Alexandra hates New York and refuses to set foot in the Bagel. “So how come you loved it back then?” asked the toothless one. “Well, just look at the friends we had, and what fun it was.” She hit the you-know-what right on its noggin.

“In a world captivated by crude, publicity-crazed freaks with attitude, a normal kindness from one to another suddenly counts a lot.”

Clay Felker, a great editor who discovered Tom Wolfe, first asked me to come to the Bagel and write for him in Esquire magazine. He and Tom decided the poor little Greek boy was going to be the next Céline. Honestly. We used to give grand dinners in my New York house for all sorts of up-and-coming tycoons, with Tom and Clay always present. The few who had ever heard of Céline among our guests knew only of his virulent anti-Semitism. “It will never work,” said Norman Mailer, a new friend who became a regular. (I have since inherited Michael Mailer, who has become my closest friend in the Bagel.) And then there was Larry McMurtry of Lonesome Dove fame, and Jay McInerney of Bright Lights, Big City renown. “We thought you’d be the one who could finish Answered Prayers,” Jay said to me once. If only. But life was fun: dinner with brainy friends, followed by Studio, Xenon, and the Palladium.

It’s funny how female thoughts hit home, as they never said in Sparta. Alexandra is dead right. The Bagel was fun because of the people we hung out with, and now that most of them are gone, the Bagel feels empty. William and Pat Buckley lived on the next block, and their parties each week were attended by the great and the good. Their son Christopher Buckley was a close friend, as was Bob Tyrrell and the humorist P.J. O’Rourke. The last time I saw P.J. he told me a funny story. He had just met Tina, his future wife, and he had the hots for her but she was reluctant. Tina yearned for a quiet life and avoided flash people. P.J. had just bought a used Porsche, and when he picked Tina up on their first date, she took a look at his car and almost moaned. She was absolutely shocked when he took her to the Jockey Club for dinner, the place packed with hedge funders, loose women, and rich lobbyists. “It got even worse when I spotted you,” said P.J., “drunk, dressed in your expensive European suit, and coming straight for my table. You plunked yourself down, ignored me, and asked Tina to come on your boat and cruise the Greek islands.” Well, it didn’t work and Tina and P.J. have been married for a long time and have lots of children and all that, so my brief stop at their table did no harm. Incidentally, there are no finer people than P.J. and Tina, their only failing being that they live in faraway New Hampshire or someplace remote like it, and only see the Greek boy in a blue moon. But back to the business of living in London.

“So why the sudden love for this place?” I ask the wife. “Because people are so polite and nice; if only you knew how sweet people are when I walk my dogs. And when I shop, the lengths people go to help, and always with a smile.” I know it sounds corny, but I understand her. In a world captivated by crude, publicity-crazed freaks with attitude, a normal kindness from one to another suddenly counts a lot. So there we have it—London is good because people smile and say hello to a lady walking her dogs (three of them). This week I had drinks with my friend Simon Reader in Holborn and it took me one hour and fifteen minutes by taxi to get there at around six o’clock in the evening. Uber is to blame. London is flooded with cars because of Uber. The best taxi service in the world, the London one, was stabbed in the back by the American version that has filthy cars and dangerous drivers and could not find Buckingham Palace on a Sunday morning during a coronation. The next day I walked 35 minutes in the rain and had a delicious lunch chez the Bismarcks. London is a perfect place for walking, with the only dangers being bearded types on bikes and Uber drivers looking up in the sky for divine inspiration to find the palace.