The Tragedy of Africa 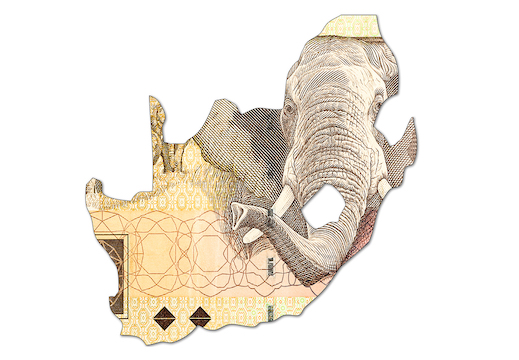 It’s over sixty years since Ghana became independent from Britain. The world celebrated as the sun began to set on the imperial era. “African Nationalism,” in the form of Ghana’s Kwame Nkrumah, entered the stage, and the world celebrated the breaking of a golden dawn bringing bright light to the “Dark Continent,” as the colonial shackles were broken and “liberation” belatedly arrived.

Since then, some 200 coups or attempted coups have taken place, 25 heads of state have been assassinated, and roughly fifty wars have been fought. Despite multiple interventions, Africa remains the most corrupt continent by far. Transparency International reports that illicit transfers out of Africa far exceed the total value of all foreign aid to the continent (currently estimated at over $50 billion a year). With Britain being one of the most generous providers, over $1 trillion in aid has been pumped into the most resource-rich continent on the planet, but it remains by far the poorest. Sadly, it’s getting messier because of rank bad governance and the virtual absence of the rule of law, leaving human and property rights open to routine violation.

A misplaced sense of guilt that has been at the core of British-Africa policy has resulted in throwing massive amounts of public money down a gigantic black hole. The annual foreign-aid budget, pegged as a fixed percentage of U.K.’s GDP, is currently in the region of £15 billion p.a.

Possibly the biggest misconception about Africans, also very effectively peddled by the mendacious BBC and some of the print media, is that Africans remain angry and anti-British because they were once colonized. This is rubbish; most love the British, adore the Queen, and respect the flag. And this sentiment has only grown recently, fueled by the Chinese, who have arrived in force and number. Unlike the British, past and present, the new colonialists are not squeamish about such trivia as human rights, and they are contemptuous of the locals they exploit. This attitude has angered and alienated millions; but it works well for a tiny political elite that prospers mightily at the expense of the majority. This grossly unfair dispensation suits the new Oriental overlords in their bid to reign supreme in the countries they target for plunder, but which they do not consider to be home.

“Despite multiple interventions, Africa remains the most corrupt continent by far.”

The stark fact is that hundreds of millions of Africans living in wretched poverty desperately want to see more of the British and a more robust British presence, but, unsurprisingly, their leaders are less enthusiastic. The politicos should not be blamed; they have become very used to generous dollops of mostly unconditional Western “aid,” which is then siphoned off to enrich themselves and their cronies, and to pay the bloated bureaucracies and security services that buttress their positions of power.

NGOs and the mandarins of the “aid business” certainly won’t like any messing with the status quo because they too have created big, sinecure-ridden bureaucracies that provide opulent lifestyles for a legion of “do-gooders” who are generally unaccountable to anyone of any consequence.

African leaders have made a monumental mess of governing the place, despite being given huge opportunities and vast cash donations to succeed, and the only way to recovery is to acknowledge this and position competent people in both the public and private sector. The short answer to the next despot who arrives in London looking for some financial assistance is to tell him the gravy train has hit a wall and from now on help will arrive on two legs and may have a white skin.

The world needs reminding that it was the British people and their excellent systems of governance that laid the platforms for some of the most successful polities in history, which include: the USA, Canada, Australia, New Zealand, Singapore, Hong Kong, and (up to a point) South Africa. It was the colonial experience that set these countries on the road to a richness that somehow missed Africa when the colonials departed.

Indeed, current events unfolding in Hong Kong provide stark proof of this premise. If colonization was so bad, why are the people of the former territory out in the streets risking their lives to retain and protect the systems bequeathed them by Britain and so abhorred by African leaders? I suggest the answer lies in the fact that most citizens, and especially the industrious working class, have experienced a sense of fair governance and know that that fairness is enshrined in the systems the colonials left behind.

What Africa desperately needs is not money but good governance and a radical reduction in the size of bureaucracies that consume most of the national wealth while providing little in return. To achieve this, they must acknowledge and accept that they need skilled British people in important positions in the public and private sector. Instead of donating huge sums of money, policy should be aimed at funding carefully selected civil servants and businesspeople to go abroad and help reestablish good governance and a more conducive business environment.

It was Liberia’s President Johnson Sirleaf who said, “Africa is not poor, it is poorly managed.” Nobody is better skilled and placed to address this critically fundamental problem than the British.

Equally important is the urgent need to stimulate economic growth. In Africa it is really only the mammoth multinationals that can afford to buy the needed political patronage to break through the rigorous red tape and graft that go with doing business in Africa and manage to function. But in return for mining and other concessions, much of the revenue is often externalized, bringing marginal benefit to the country.

The “little guy,” the small-time entrepreneur who wants to start a business in Africa, usually finds himself in the suffocating clutches of corrupt bureaucrats who present a regulatory minefield that sucks the zeal out of the endeavor. The potential investor loses, the country loses, and so do the people who may have gained employment. Britain is awash with skilled people who could contribute and prosper in Africa, in all areas of commercial enterprise, if given the chance, and it is they who hold the key to unlocking so much of the continent’s potential. Money currently being dished out as aid would be far better channeled into their hands. The Foreign Office must be instructed to press their Commonwealth counterparts to open their countries to these people, offer favorable investment incentives, give them a level playing field, and protect their property rights.

None of this will be easy—old habits die hard—but the rewards could be staggering. The tragedy of Africa is that so much local talent and energy combined with a deep desire to have a chance to work are wasted almost entirely because of poor governance and dishonesty.