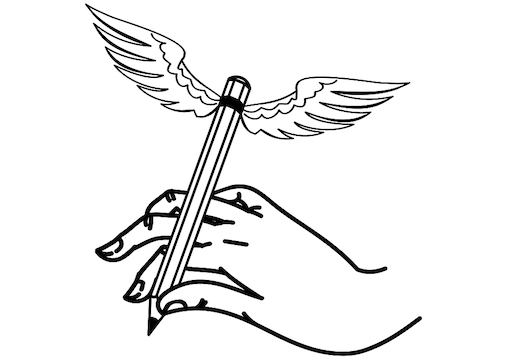 Two weeks ago in St. Moritz I ran into both Nicolas Niarchos and Nicolai von Bismarck, two talented young men and old Harrovians whose parents are friends of mine. This week I was proud to read the former’s byline and to see the latter’s pictures from the war zone in Ukraine. Good on them, the Fourth Estate can do with talented amateurs rather than world-weary pros. But don’t get me wrong. By amateurs I mean those who write and photograph for the love of their craft, not because it’s their job. I’ve always insisted that the amateur is superior to the pro because he or she glories in the execution of a stroke, a swing, an athletic contest, or an artistic endeavor. The pro calculates the odds, whereas the amateur goes for glory. Ditto in wartime reporting. The pro broadly follows the ideological bent of the paymaster, be it of the left or right. The amateur writes and photographs from the heart.

Needless to say, some of the lachrymose reporting from the war zones of Ukraine is on a par with that covering the Allies against Nazi Germany. The pretense of befuddlement over the violence is at times insufferable. War is what it is, a crime against innocents most of the time, and always violent. We in the West excuse our excursions into other people’s territories and the death of innocents by claiming we’re doing it for the right reasons. When the other side does it, it’s a war crime. But never mind the sermons, here is the scoop about Nicolas and Nicolai.

“Both could be lolling about in the company of scummy Saudi playboys; instead they are reporting and photographing the drama that is Ukraine.”

Both youngsters were friends at school, and while Nicolas is extremely—but extremely—well-off, Nicolai is very well-off. Both could be lolling about in the company of scummy Saudi playboys; instead they are reporting and photographing the drama that is Ukraine. Niarchos has written about Iraq and Africa, while Bismarck has had two books of his photos published and a third is on the way. Both are very talented with great futures ahead of them. Nicholas was reporting for The Nation, an extremely left-wing New York magazine whose editor, Katrina vanden Heuvel, I took to lunch about five years ago. I found her attractive and pleasant, and we hit it off. It also transpired that an aunt of hers, no longer with us, had seduced the poor little Greek boy a century or so ago. What sticks in my memory was a Rockefeller scion also at the lunch predicting a Trump victory in the 2016 election, something Katrina and I found rather amusing.

The presence of the two young friends in the Ukraine also brought back memories. When the poor little Greek first learned to type in order to submit dispatches to Acropolis, the No. 1 Greek political daily of the time, my father was appalled, telling me that most Greek newsmen were blackmailers and lowlifes. When I mentioned dad’s opinions of journalists to my editor Charles Moore, his reaction was: “Hacks rank above child molesters.” Never mind. Greek hacks were determined to prove me a phony, vainly trying to uncover who my ghostwriters were. When I complained to John Rigos, bureau chief of UPI, he told me it was normal. “Not many sons of shipowners become hacks,” or words to that effect. And it got worse. A lefty newspaper (Eleftherotypia) exclusively reported that the tanks I had been photographed next to in the battle for Kuneitra, where Nick Tomalin was killed in 1973, were made of paper and the pictures were posed in my father’s back garden.

Mind you, Greek journalists have greatly improved since, as political passions have cooled and the civil war has largely been forgotten. But when I first started fifty years ago, Athens was a war zone of misinformation, rumor, and criminal libel. Too many know-it-alls in the pay of the communists, the socialists, or the conservatives did not report the news but invent it. One story that sticks in my mind was when I wrote a human-interest piece from Vietnam about Willy Shawcross, now Sir William, a man I didn’t know at the time, and how he had emptied out the Saigon American PX store of peanuts. One conservative hack thought it a provocation, a rich American depriving the Vietnamese of peanuts, although Willy is a Brit and the Vietnamese were not allowed in the store. A lefty hack interpreted it as envy on my part because Willy was a well-known journalist while I was pretending to be in a war zone. Greeks back then played rough, to say the least.

Was I beholden to the right back then and writing according to its creed? You betcha, but I had seen the left in action, murdering my father’s workers, burning down his factories, and for what? Having served his country and having financed a resistance newspaper? Back then it was all or nothing on both sides, no quarter asked or given.

Thankfully, Nicholas Niarchos and Nicolai von Bismarck will not have to go through such shenanigans, although the woke brigades make my old Greek adversaries look as lethal as Mickey Mouse. Woke today is Savonarola and Torquemada rolled into one. Unforgiving and repressive, it has replaced common sense with crazed theories about race and privilege. The deeply stupid have fallen for it. We are now obsessed with eradicating every ism in the book. I don’t envy the two Nicks starting out.