The Unavoidable Necessity to Make Judgments 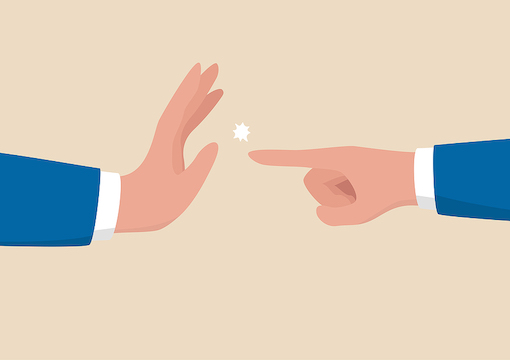 People, it seems, are increasingly unable to bear the presence in a room of someone who is of different political opinion from theirs. We have now become adept at gauging the general tenor of any gathering’s views and either join in if those views coincide with our own or hold our silence if they don’t. Moreover, a person’s opinions are now the main criterion that people use to assess the goodness or badness of his character; his actual behavior is much less important to them.

The only other criterion that has much salience in the assessment of character nowadays is a person’s taste. To be accused of having no taste, or bad taste, is extremely hurtful. Taste is one of the means by which we categorize people, and we are reluctant to be seen in public with persons of poor taste, for their poor taste reflects on us, too. We judge by appearances and very often there is little else to go on. Our tastes in art, music, reading matter, food, decoration, modes of entertainment, and so forth help to place us in categories. We tend to despise categories other than our own.

Twenty-seven years ago, there was a brilliant play called Art by the French playwright Yasmina Reza, on the matter of taste. Three friends discuss a painting bought by one of them for a considerable price. The painting in question is a canvas painted nothing but white, with a white border and some lines visible in the paint. The purchaser of the painting is a dermatologist called Serge, prosperous but not wealthy; one of his friends, Marc, an aeronautical engineer, is obviously intelligent but not a connoisseur of art; the third personage in the play, Yvan, is a relative failure who has no direction in his life.

“Those who claim not to make judgments are always making a self-congratulatory meta-judgment, as it were.”

Marc, the plain, inartistic man of intelligence, sees nothing in the picture (if picture it can be called), and even calls it shit. He thinks it is a confidence trick: After all, anyone could take a piece of canvas and cover it with white paint. But the fact that anyone could have done such a thing doesn’t mean that anyone had done it, at least not before this particular artist, apparently well-known and hence the high price of his work, did it. As for Yvan, he sees, or affects to see, something of value in the painting.

Serge, the purchaser and owner of the painting, thinks that Marc, its detractor, lacks the necessary education and interest to pass judgment on the painting. Marc, by contrast, thinks that Serge is prey to intellectual and aesthetic snobbery. Before long, their disagreement reveals other fissures in their friendship. Yvan tries to mediate between Serge and Marc but is turned upon himself by the other two. Disagreement about a painting has sown real dissension among them.

Matters of taste are indeed capable of sowing dissension and even hatred. As with political opinions, I find myself increasingly having to bite my tongue. When people express a liking for something that I consider an aesthetic abomination, I change the subject—if I value good relations with the person more than the temporary relief of feelings that expressing my opinion would give me.

Vehemence of denunciation in any case often hides or disguises doubt about the ultimate well-foundedness of one’s denunciation. What if Serge’s reproach to Marc, that he is insufficiently educated in art to appreciate the painting that he has brought, that the problem is his blindness to, rather than an absence of, merit or meaning in the painting, applies to my own adverse judgments of art or architecture? When someone sees beauty in something in which I see only ugliness, how is our divergence to be settled, who or what is to be the final arbitrator between us?

Judgment, as Hippocrates said a long time ago with regard to medicine, is uncertain; and yet we must exercise it, for life is judgment. Those who claim not to make judgments are always making a self-congratulatory meta-judgment, as it were: that it is a great and glorious thing, indicative of largeness of heart, not to judge. But judge we must, for we have always to choose between alternatives. There was a famous novel by Luke Rhinehart (a pseudonym for George Cockcroft), published in 1971, The Dice Man, in which the protagonist tries to live by the roll of a dice, thereby eliminating conscious choice from his life, but of course this method of living does no such thing. First, the protagonist has chosen to try to live this way, and second, the alternatives between which the roll of the dice “chooses” at random on behalf of the protagonist are themselves chosen, there being always an infinitude of possibilities. Then, of course, he has to choose whether or not to carry out the dice’s supposed dictates. Therefore, however much we should sometimes like to escape the responsibilities of choice, we cannot—short of brain disease—do so. The novel became very popular because it seemed superficially to offer the possibility of a world liberated from the onerous necessity for moral judgment. Of course, it did no such thing, though it might have promoted bad moral judgments.

The unavoidable necessity to make judgments, both moral and aesthetic, creates a nagging bad conscience because we are unsure of the final justification for any of them. This gives rise to a tension relieved often by vehemence. When two people meet who are vehement, but in opposite senses, conflict is likely to arise. It may remain on the purely intellectual plane, but often such conflicts are about practical matters that require a decision to be made; and however much we may acknowledge the philosophical uncertainties of judgments as such, we are psychologically certain that our own are correct. When I say that x is ugly, I do not just mean that I think that x is ugly, I mean that x, objectively speaking, is ugly. Hence, we are reluctant to believe that anyone who disagrees with our judgments is honest or sincere, and then we start to look for explanations—such as economic interest—for his dishonest or insincere rejection of our judgments.