The Undoing of America 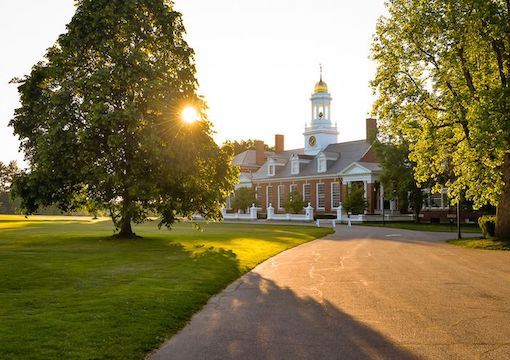 NEW YORK—With the Karamazovian hangover now only a weekly occurrence, the healthy life rules supreme. Well, most of the time. Up early, I go for a brisk thirty-minute walk before breakfast in the park that stretches out two blocks away. I finish off with two sets of twenty push-ups on a park bench, a few kicks and punches against leaves as targets, then cross Fifth Avenue going east. (Karate is now a three-night-per-week occasion, and I’ve given up judo as it takes up too much time and needs too many partners.) I then buy the papers from a friendly Indian, have the first coffee of the day from a friendlier Greek, and return to my flat in the 1928 art deco marvel that is my Park Avenue abode. I exchange jokes with the three uniformed doormen who are from Puerto Rico, Howard Beach, and Montenegro about their sex life, followed by a hearty breakfast prepared by Margarita, the Colombian lady who has been with me for forty years in New York, brought up my two children, and still cannot speak a word of English.

Hence I was surprised while crossing Park Avenue the other day when a nice-looking young man asked me in English if I was “Taki.” In fact more than surprised, as I was wearing a mask. He turned out to be as pleasant and as nice as he looked, and later in the week he sent me a book about the boarding school he attended, Groton. Ted Leonhardt is coauthor of the book on his alma mater, and is a practicing lawyer. Groton is the American Eton and then some. In his book Ted explains how Groton’s old-boy network actually made the American century, how the relationships among Groton boys went on to shape American Cold War policy. The book’s title is Divine Fire.

“All great states fall from within and America is no exception.”

Uncle Sam indisputably became numero uno during the 20th century. Franklin Delano Roosevelt, Sumner Welles, Averell Harriman, Dean Acheson, John Hay Whitney, Kermit Roosevelt, William Bundy, Stewart and Joe Alsop, Douglas Dillon, and other WASPs like them made the country what the fawning lefty media and the degenerate New York Times are doing their best to deny and undo at present: a Christian nation that saved Europe twice, rebuilt the old continent with its capitalist wealth, and destroyed the Marxist dream of world socialism. What are now referred to as superannuated WASPs managed it all while their impeccable manners hid their will of iron. After them came LBJ, Vietnam, social unrest, too much migration, and the deluge. All great states fall from within and America is no exception. Uncle Sam’s fifth column targeted the family and religion. The monopolies of Silicon Valley turned against those two institutions, as did Hollywood and the media. Once Biden packs the Supreme Court and adds a couple of Democratic stars to the flag, the undoing of America will be complete.

Am I being cloyingly old-fashioned and reminiscing about an arcadia that never existed, a Norman Rockwell America? If you believe media lies, I suppose I am. But I lived in the idealized country long ago, so if you don’t agree all you have to do is read today’s newspapers or watch American television. I lived in a two-parent family with traditional beliefs and had a religious upbringing. I now defend a world where pronouns were all-important, and mother and father were not words to be avoided at all costs. I went to restrooms marked Men, pursued women, and never knowingly gave a bad sporting call in my life. I was taught all that at home and in a WASP-run boarding school. This today makes me a superannuated fool and bigot. I never felt the psychic consequences of inequality because I was privileged, but nor did I ever feel envy for those more privileged than me. The so-called robber barons who created American wealth left a hell of a legacy behind. The Ford, Rockefeller, and Carnegie foundations have given away billions and continue to do so, alas to mostly leftist causes. Museums such as the Frick and Whitney, medical research, scientific inventions, and so on all came from the wealth that once upon a time poor men created.

But again, that was then. Today we have the Sacklers, subjects of a new book out that exposes their crimes. In Empire of Pain, the secret history of the Sacklers is meticulously exposed, and what a callous, entitled, and tone-deaf bunch these bums are. Owners of the company that made OxyContin, and recipients of tens of billions, the Sacklers continue to try to manipulate the media and the Justice Department. Oxy has killed more Americans than the Nazis and the Japanese did in World War II, 500,000 and counting, yet the Sacklers paid a little more than $2 billion in fines while pocketing more than 10 billion greenbacks. They’ve bribed—an FDA reviewer landed a lucrative job a year after approving the deadly drug; a U.S. attorney who raised alarms quickly became a company consultant—like the Mexican drug dealer El Chapo, but here’s the rub: The Mexican is rotting away in jail and his moola’s gone. The Sacklers are in Gstaad and Florida and have all their money. Where’s the RICO justice? This is the America the degenerate Times should be railing against, not the America Groton and other WASP schools made great long ago.