The Villains Who Care 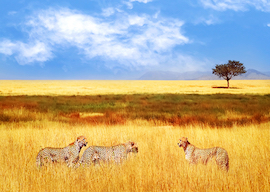 I’ve said it before, but I think I can confidently state that I belong to one of the most hated minorities on the planet. Born in Rhodesia, of Afrikaans and German parentage, I’m a 63-year-old white, male, Christian heterosexual and I was a soldier in an army, internationally vilified as being motivated by a strong desire to maintain white privilege through entrenched, racist supremacy. Like most of my lot, just to be further alienated from the “virtue-signaling” mainstream, we also liked to hunt, fish, drink beer in our male-orientated sports clubs, and chase women.

The good news for the millions who hate the likes of me and my compatriots is there are very few of us left and soon we’ll be all gone. There were never that many of us in the first place; the European population of what was then Rhodesia was roughly 250,000 at its peak, and then many of my generation lost their lives in the “Bush War” that ended in 1980 when the country was finally “liberated” by Robert Mugabe. This brought unbridled joy to the entire world, but obviously not us, and many whites left the country with very little to show for their decades of commitment to the country they loved. While the international community cheered, Rhodesians were jeered because they were not convinced a terrorist could transform into a saint overnight; but nobody was listening and nobody cared what they thought anyway. The majority view was that their plight was well deserved.

Some of us decided to stay and try to make the most of an unfortunate situation. It was never easy, but we muddled and struggled through with mixed success until 2000 when our “liberators” decided to seize all white-owned farms and, in so doing, collapsed the economy and introduced millions to abject poverty. The “land invasions” came at a time when my generation was approaching middle age, and most, as a result of the ethnic cleansing, were left bereft of homes and livelihoods in a hostile world with few employment options and no social-security safety net to catch them. Being white, they were not enthusiastically welcomed as immigrants around the world. The anguish and hardship that followed triggered suicides, alcoholism, and early deaths from stress-related diseases like cancer. Our ranks were further thinned to the point where there are now only a few thousand of us left.

Against this backdrop, “home” continues to be a subcontinent where despots dominate and misrule; the looting of national exchequers by tiny, politically connected elites continues on a gargantuan scale; extreme poverty is endemic and exploding; infrastructures are collapsing; and natural resources are being plundered in an unholy alliance that brings corrupt officials and, in many cases, their Chinese paymasters into joint ventures that threaten to turn these countries into an environmental catastrophe.

“The good news for the millions who hate the likes of me and my compatriots is there are very few of us left and soon we’ll be all gone.”

True to form, the UN, the WWF (World Wildlife Fund), Western diplomats, and myriad NGOs are present, cognizant, but mostly ineffective. They don’t want to upset anyone by being too critical of the people who wield power because they will probably be accused of “racism” or being “neocolonialist”; so much more sensible to shut up, do nothing, keep your well-paid job, and enjoy the good life that being an expat in Africa brings. God alone knows how many billions the charlatans who run and manage these aid and environmental organizations have squandered over the past 60-plus years and achieved very little apart from boosting the sales of fancy four-wheel drives and pushing up the prices of housing in the safer suburbs of the capitals where they live in fine style with the help of inexpensive servants.

In general terms, the situation that exists today in the countries I know is almost hopeless and certainly heartbreaking; but out there in the gloom a few candles flicker, and they are carried by the very few and they are mostly surviving members of that aforementioned, hated white minority that fought the forces of “liberation” and enraged the world.

They are all getting old now, but Trevor, in western Zimbabwe, shot through both legs in the war, is quietly running a successful anti-poaching operation while supervising the provision of water to wildlife in the parched wilderness where no rivers flow. Thanks, in no small part, to him, tourists are back; elephant, buffalo, and lion numbers are rising; and illegal hunting is under control. “Blondie,” in southern Zimbabwe, another wounded veteran, stands guard over one of Africa’s great privately owned conservation areas, home to a large rhino population under merciless siege.

Derek, in northern Mozambique, has been in the thick of the fight to save the elephant in the “badlands” south of the Rovuma where Somali gunmen shoot to kill, corrupt officials conspire, and Islamic-inspired terrorists are seeking to establish a caliphate. He works with little and seeks no glory, but his life has been, and remains, on the line.

Willy, in central Mozambique, north of the Save River, is on a lonely, self-funded mission, trying to restore this massive tract of magnificent bushveld to its former wild glory. Poachers, with the quiet consent of the authorities, have devastated the wildlife to the point where only a few scattered pockets survive, but he is determined to nurture and protect what is left and do the continent and indeed the world a small service.

Trevor, across the river, is trying to do the same. Both men are trying, but fighting a losing battle, to stem the flow of illegally harvested hardwoods to China. The corruption that exists at all levels of the bureaucracy and law-enforcement agencies appears too organized and established to stop the timber traffic. The international community looks on with interest.

Andy and Rich, working with limited resources, have led the fight to stop illegal hunting and snaring in southeastern Zimbabwe, restore road infrastructure, and save a treasured wilderness from being rendered lifeless.

Darrell and Ian are making similar endeavors in central and southern Zambia where the wildlife authority reduced itself to penury and paralysis through corruption and mismanagement. They, along with their scouts and support from the private sector, have filled a void and turned the tide on the killing fields. In the Zambezi Valley, the national park has been returned to being a true refuge, and the game populations are soaring.

Dale, in South Africa, paralyzed below the waste by enemy gunfire in the prime of life, works from a wheelchair to grow fruit and vegetables that alleviate some of the poverty in the nearby shantytown. Despite his handicap he insists he can continue to help the poor people he feels are worse off than he.

What these men all have in common is a shared history, in that all were soldiers once, all have been and remain victims of debilitating racial discrimination, and not one of them is performing these arduous and dangerous tasks because they expect to get rich. They are all jointly committed by a deep love of Africa, its wildlife, and its people, and they are driven by a powerful selfless desire to protect those forms of life that cannot protect themselves against the ravages of insatiable human greed. And they share something else: None of them are liberals, none are products of a nanny state, and they are men who act decisively and say little. And tragically, when they are gone, the Africa they fought to protect and nurture will probably be destroyed.