The War on Manners 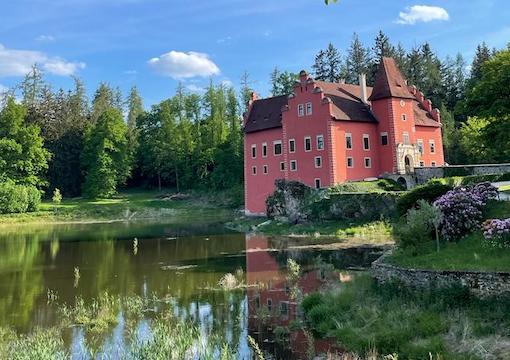 NEW YORK—Prince Pavlos, heir to the Greek throne, turned 55 recently, and I threw a small dinner for him. Pavlos is a hell of a prince, father, husband, and businessman. He’s tall, good-looking, a gent in every way, intelligent, hardworking, and has never put a foot wrong. Neither has any member of his immediate family. Compared with them, the rest of European royals seem wanting, but then I’m prejudiced. The Greek royals are Danes, and the oldest reigning clan of Europe. Unlike another royal family whose name escapes me—it is the Platinum Jubilee of the Brit Queen, after all—the Hellenic one has had no divorces, no scandals, and if physical looks mattered, the Greek royals would be the ruling family of Europe. At present Pavlos comes to the dojo after work and trains hard. One day soon he will become a black belt, just as his father, King Constantine, was some sixty years ago.

And now for the dinner: Two film directors, one billionaire many times over, two really beautiful young women, and the greatest Greek writer since Homer toasted the prince. The next morning, his actual birthday and still well into my cups, I rang Countess Theodora Saint Julien-Wallsee, whose birthday was also that day, but she made no sense whatsoever. In fact, when she came to the telephone she sounded worse than I did, blabbing away a mile a minute, which made me suspicious because booze is a problem in her family, but it finally hit me: The countess turned 2 years old that day, and she is my granddaughter.

“American tourists abroad can never be mistaken for a corps de ballet, but this was too much even for someone who sees only the best in people.”

Otherwise everything’s hunky-dory. Alexandra and the family, children, and grandchildren are in Prague, visiting an old Schoenburg moated schloss, the Red House, one hour outside of the capital. It was once called the most romantic of all castles, requisitioned from the family by those nice guys the British left was enamored of and supported all those years while Lenin and Stalin slaughtered 50 million or more. The family was given a private tour by the curator, who referred to the Commies as “the bad people” and was almost apologetic about the theft. The wife told me she felt rather sad as the place has been restored and even has photos and portraits of Schoenburg princes. There is a picture of my father-in-law, who died long ago, that I was sent and mistook for that of my son, John-Taki, such are the strong genes of the family. Alexandra told me over the telephone that she loved Prague, “much more beautiful than Vienna,” but then she went down to breakfast and saw firsthand what I’ve been telling her for years, that manners and elegance have completely gone out of our lives. An American couple, actually two overweight slobs, were slopping away next to her, he wearing a T-shirt with no sleeves, his hairy arms like meat slabs hanging in a butcher shop, she with huge uncovered thighs and a protruding stomach, wolfing down food like there was no tomorrow. And talking loudly, totally unconcerned that there were others in the room. It is modern American manners, I told her, what did she expect? American tourists abroad can never be mistaken for a corps de ballet, but this was too much even for someone who only sees the best side of people.

As the wise man said, never mind. I am a nostalgia nut but know enough to stay away from places that can break one’s heart. Like the Red House, and all those wonderful people who lived in it, five of their Saxony Schoenburg cousins dying on the Russian front before they reached the age of 28 (another cousin dead in a counterattack in Normandy in late June 1944).

“What happened to beauty, subtlety, and grace?” asked a friend of mine. We were walking on Fifth Avenue and watching a freak show—crowds of people on a Sunday-afternoon outing. “Industrialized extermination,” was my answer, meaning World War II. Global mayhem not only destroyed cities, it reduced otherwise civilized people to hungry animals foraging for food. Manners are the first to go during war when survival becomes paramount. And Europe did destroy itself with two world wars within twenty years. Empires such as the Russian, German, Austro-Hungarian, and Ottoman fell after the first war. British, French, Belgian, Japanese, and Dutch after the second. Anti-colonial wars of independence followed the Allied victory of 1945, and imperialism finally bit the dust during the ’60s.

What do bad manners have to do with the end of imperialism, you might well ask: in a nutshell, nothing and everything. Moral authority disappeared with the empire, just as its successor, socialism, undermined the authority of the family and the pursuit of excellence. The media suddenly presented itself as a tribune of the people, sympathetic to the sensitivities of the masses, with the rich always ruthless and the poor always perfect, the children always innocent and trusting, unless they were white, then they were crazed and feral. Worst of all was the etiquette of commercial status coming before breeding and background, an American first among many.

I know, I know, I sound like a man who just woke up after having been asleep for fifty or so years. And what’s wrong with that? I’m old-fashioned, and damn proud of it. I used to love America and now I’m embarrassed by what it has turned into.