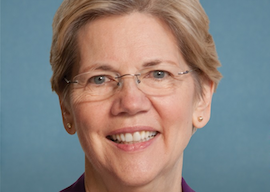 The Week’s Most Frenetic, Splenetic, and Apathetic Headlines

ELIZABETH WARREN PROVES THAT RACE IS MORE THAN A SOCIAL CONSTRUCT
By releasing her DNA results in order to claim undeniable proof of Injun heritage, far-left socialist harpy Elizabeth Warren has unwittingly proved what we’ve been saying all along—race is real and quantifiable, whereas “racism” is nothing more than a dumb idea that’s impossible to measure.

Facing the endless mockery of the Alpha Bully we call a president—specifically his repeated reference to her as “Pocahontas”—Warren submitted to a DNA test in August that claims she has an Injun in the woodpile—most likely a sole Injun at least six generations back. At the very most, she is a mere 1/64 Native American.

Mind you, since Injuns are so protective of their DNA that these tests establish “Native American” ancestry using samples from Central and South Americans rather than from Comanches and Cherokees, all the test may have actually proved is that one of her very distant ancestors was impregnated by a half-Peruvian.

Although in 2012 Warren feigned ignorance when presented with evidence that a 1995 article in the Harvard Crimson described her as “Native American,” she either has amnesia or is a liar. A 1996 article in Fordham Law Review portrayed her as Harvard Law School’s “first woman of color.” Even the shamelessly left-leaning Boston Globe says that during “her academic career as a law professor, she had her ethnicity changed from white to Native American at the University of Pennsylvania Law School.” And in the course of plagiarizing a recipe she contributed to a 1984 Native American cookbook, she identified herself as “Elizabeth Warren—Cherokee.”

Hilariously, even the Cherokee Nation doesn’t want her, as they released a statement claiming that “Senator Warren is undermining tribal interests with her continued claims of tribal heritage.”

Yet every moronic brainwashed leftist who cheered the test results walked straight into the trap and admitted they believe that racial ancestry can be scientifically determined. Lo, what fools these mortals be.

HUNGARIAN GOVERNMENT: “GENDER STUDIES” IS AN IDEOLOGY, NOT A SCIENCE
Central to the wanton destruction of modern education is its blindly conformist embrace of terms such as “racism” and “sexism” as if they were anything more than ideas—and dumb ones at that.

“Elizabeth Warren has unwittingly proved what we’ve been saying all along—race is real and quantifiable, whereas ‘racism’ is nothing more than a dumb idea that’s impossible to measure.”

Sadly, the Hungarian government appears to be alone among Western political regimes in acknowledging what’s right in front of everyone’s face yet few care to enunciate.

Hungarian Prime Minister Viktor Orban recently issued a decree that eliminated “gender studies” as an academic discipline worthy of accreditation and financial support. In June a magazine owned by a friend of Orban’s published a list of academics it accused of dabbling in “gay rights and gender science.”

Zsolt Semjen, Orban’s deputy, has declared that gender studies “has no business in universities” because it is “an ideology, not a science.” He also added that it is a useless degree because “no one wants to employ a gender-ologist.”

If the rest of the West was as realistic as Hungary, we wouldn’t even need to write this column.

LOUIS FARRAKHAN’S RANCID ANTI-TERMITISM
Nation of Islam leader Louis Farrakhan was a pioneer in transphobic calypso music and is also a foremost proponent of the idea that white people were created by an evil scientist and will one day be wiped out by a giant spaceship helmed by African Muslims.

Twitter stripped Farrakhan of his coveted blue checkmark back in June after he posted a clip titled “Thoroughly and completely unmasking the Satanic Jew and the Synagogue of Satan.”

Seeking to clear his name against charges of anti-Semitism, Farrakhan recently declared that he is nothing of the sort:

So when they talk about Farrakhan, call me a hater, call me anti-Semite. Stop it. I’m anti-Termite. I don’t know nothing about hating somebody because of their religious preference.

Facebook deemed this statement as a “Tier 1” violation, which covers “violent” and “dehumanizing speech” that compares people to “animals that are culturally perceived as intellectually or physically inferior.”

Jews were outraged by Farrakhan’s comments. At press time, it remains unclear how the termite community feels about the comparison.

Those polled were responding to the following questions:

• Would you like to live abroad sometime (outside Germany)?
• Compared to two years ago – is it more or less likely that you will live abroad, or is there no difference?
• Which of the following are reasons why you want to move abroad? (Multiple choices followed).

The top reason selected by those who desired to live elsewhere was that they sought “a calmer and more relaxed life in another country.”

In their absence, they of course will be replaced by real Germans.

WASHINGTON POST WRITER: “I HATE ALL MEN AND WISH ALL MEN WERE DEAD”
Victoria Bissell Brown is a retired teacher who looks like David Letterman in the late stages of AIDS. She recently penned a Washington Post Op-Ed in which she fairly exults about verbally abusing her poor sap of a husband.

The piece is titled “Thanks for not raping us, all you ‘good men.’ But it’s not enough.” It gives the sense that for Victoria Bissell Brown, nothing is ever enough:

I yelled at my husband last night. Not pick-up-your-socks yell. Not how-could-you-ignore-that-red-light yell. This was real yelling. This was 30 minutes of from-the-gut yelling….I blew. Hard and fast. And it terrified me. I’m still terrified by what I felt and what I said….Yet in that roiling moment, screaming at my husband as if he represented every clueless male on the planet (and I every angry woman of 2018), I announced that I hate all men and wish all men were dead.

She says that although her thoroughly emasculated mate just sat there and absorbed every unwarranted blow, he still didn’t “get it” because he’s a man, and how could a man know what women go through, and men aren’t empathetic to women who want to blame men for every bad thing every bad man has ever done to any woman throughout world history.

In doing so, she clearly demonstrated that most modern women have zero empathy for men. We would feel sorry for her husband, but he’s the idiot who decided to get entangled with her.

STUDY: 80% OF AMERICANS HATE POLITICAL CORRECTNESS
A tiny yet dangerous minority in media and academia has created the impression that most Americans are exactly like that tiny, dangerous minority: They freak out over microaggressions and seek to destroy anyone who articulates wrongthink.

A recent study published by a research organization called More in Common gives lie to this perception. It found that across all age groups and all races, most Americans are sick to death of PC’s stranglehold on discourse. Even 74 percent of those ages 24 to 29 and 79 percent of people under age 24 agreed with the phrase, “political correctness is a problem in our country.”

Surveying over 8,000 respondents, it found that black Americans were the group least likely to think political correctness was a problem. Then again a full 75% of black Americans said it is a problem. That’s only four percent less than white Americans and five percent less than Americans overall. It also classified Americans according to a Kinsey Report like scale of seven degrees ranging from far left to far right. It found that a mere eight percent of Americans could be categorized as “progressive activists,” whereas a quarter of Americans were devoted conservatives. But a full two-thirds of the public fall somewhere in the category of “don’t care enough to kill someone over their beliefs.”

The report refers to this overwhelming quotient of Americans who are sick to death of Cultural Marxism as the “exhausted majority.”

Let’s hope that this sense of exhaustion is followed by anger. And then action. Cultural Marxism needs to be pushed toward exhaustion and then extinction.