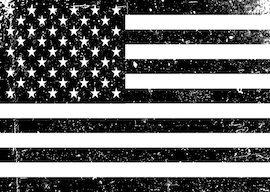 MICHAEL MOORE: STILL WHITE, ANGRY, AND FAT
Michael Moore is the most successful white lesbian documentarian of all time. He is also the most obese filmmaker in world history. An entire African country would be able to feed itself on his corpse for a year—with leftovers. His face is so ugly that children scream and pigeons flee when they see it. He has never once, not for a second, appeared to be happy or manly or normal.

Moore is also the author of a book called Stupid White Men, an apparent autobiography.

Last week a giant industrial crane gently lowered Moore onto the set of Late Night with Seth Meyers, where the angry white man took other angry white men to task for being angry, white, male, and scared.

Moore insisted that his “fellow angry white American guys” have been “running the show for 10,000 years,” a statement that is so patently inaccurate and historically retarded, only an obese white lesbian documentarian would say such a thing on national television.

In truth, it is literally more accurate to say that Moore weighs 10,000 pounds than to say that angry white American males have been ruling for 10,000 years.

Last week the rotund blowhard released footage showing accused MAGAbomber Cesar Sayoc attending a Trump rally in Melbourne, FL early in 2017. Moore urged viewers to focus on Sayoc’s eyes, which he insists are filled with “fear.” (Moore’s eyes have shown unmitigated terror whenever he has to look at a normal, attractive, heterosexual male.) Moore then went on yet another bloated jeremiad about how he’s on the good side and they’re on the bad side and that everything in life is really a Star Wars movie and we should all submit to women because they kick ass and castration only hurts the first time:

Who we needed to understand were our fellow Americans, lost souls full of anger and possible violence, easily fed a pile of lies so large and toxic that we wondered if there would ever be a chance that we could bring them back from the Dark Side…. Men, people like Cesar have been led to believe, were and are under attack by the likes of Hillary and Michelle and all those “feminazis” who’ve had but one mission: political castration. The theft of power from the patriarchy that had been in place for 10,000 years.

Despite his ardent submission to the Divine Feminine, it is a matter of scientific fact that no woman has ever lubricated to the thought of Michael Moore.

BEN AND JERRY’S NEW ICE CREAM FLAVOR CONTAINS 100% SATURATED POLITICAL BULLSHIT
Not too long ago—although it seems like eons—not everything was political. In days of yore, ice cream was simply ice cream.

But Ben Cohen and Jerry Greenfield of Ben & Jerry’s ice-cream fame are a pair of greying 1960s waste cases who seem to believe that ice cream can save the world, when the cold, fat truth is that ice cream is more likely to cause heart attacks.

They have recently released an ice-cream flavor called Pecan Resist that has something to do with hating Donald Trump, although we’re not sure what. The only thing of which we’re absolutely certain is that, if forced to articulate what ice cream has to do with Donald Trump, neither Ben nor Jerry could form a coherent answer. According to an official company statement, Pecan Resist ice cream will smash nationalism and usher in a global government where everyone gets along:

Alongside all those nutty chunks, this pint packs a powerful message under its lid: together, we can build a more just and equitable tomorrow. We can peacefully resist the Trump administration’s regressive and discriminatory policies and build a future that values inclusivity, equality, and justice for people of color, women, the LGBTQ community, refugees, and immigrants. Pecan Resist supports four organizations that are working on the front lines of the peaceful resistance, building a world that supports their values.

In their embarrassingly ego-stroking quest to produce a truly “progressive” ice cream, Ben & Jerry are partnering with Color of Change, which “designs campaigns powerful enough to end practices that unfairly hold Black people back,” as well as pro-vagina, pro-immigrant, and pro-“environmental justice” orgs.

“An entire African country would be able to feed itself on Michael Moore’s corpse for a year—with leftovers.”

After the war is over and the smoke has cleared, ice cream will one day be ice cream again. Today, obviously, is not that day.

TANZANIA GOES HOMO-HUNTIN’
Over two-thirds of Tanzania’s 45 million citizens eke out a depressing, smelly, germ-ridden existence on about $1.25 a day. The “Demographics” section of Tanzania’s Wikipedia page doesn’t even include the terms “white” and “black,” so we’ll assume that means everyone there is a Negro.

Paul Makonda, regional commissioner for Dar e Salaam, has recently announced the formation of a “surveillance squad” to identify and track down homosexuals. He says that due to tips from local snitches and an examination of social media accounts, he already has a list of 200 Tanzanian fudge-packers:

I have information about the presence of many homosexuals in our province. These homosexuals boast on social networks. Give me their names. My ad hoc team will begin to get their hands on them next Monday.

Get their hands on them? Sounds kinda gay, dude.

Although homosexuality is not technically illegal in Tanzania, sodomy will get you thirty years to life, which in almost all cases makes performing sodomy not really worth it no matter how much you may enjoy it.

When asked whether he is worried about an inevitable backlash from the West, Makonda was defiant: “I prefer to anger these countries than to anger God.”

God could not be reached for comment but is on record as hating fags.

MOM DRESSES DAUGHTER IN BLACKFACE FOR HALLOWEEN, DOESN’T APOLOGIZE
Claire Flynn is a shapely and somewhat whorish-looking Scottish mum who refuses to apologize for smearing her daughter head-to-toe in black face paint for Halloween.

Flynn dressed her three-year-old daughter Sienna as a “Lookie Lookie” man this All Hallow’s Eve, which we presume from the sketchy details she’s provided is some archetypal impoverished black guy from an impoverished nation harassing tourists to buy things at fancy beach resorts:

I’m not going to apologise for this or delete my post. If people want to be all PC about it they need to take a look at themselves. It’s really not an issue. We were in Magaluf on holiday in September and Sienna got a toy monkey from the Lookie Lookie men. She loved them and wanted to go back and see them every day. That’s when I had the idea. I’m just a creative person and that’s what Halloween is all about. It’s a kid in a costume wearing facepaint. People need to get a grip. I’m not going to bow down to anyone that has an issue with this. I’m not a racist and I’ve not seen anyone calling me a racist and I’m definitely not one. Claire also thinks the world has ‘gone PC mad’ and that ‘Everyone needs to calm down and stop being so sensitive.

It’s no contest—Claire Flynn is the undisputed Sexiest Racist Mom of the Week.

NYT: WE CAN REPLACE THEM
Modern progressives have a tendency to cheer the idea of white demographic replacement while gaslighting anyone who says it’s actually happening.

At the disastrous 2017 “Unite the Right” rally in Charlottesville, VA, white nationalists were excoriated for chanting “You will not replace us.” They were also tagged as insane for suggesting that anyone was trying to replace them.

Now comes Michelle Bloomberg in The New York Times with an article called “We Can Replace Them.”

It focuses on Tuesday’s gubernatorial contest between Brian Kemp, a starchy white male Republican, and Stacey Abrams, a severely overweight gap-toothed black woman who bears a striking resemblance to Gamera, the flying turtle from those Japanese monster movies. If elected, Abrams would be the first black-chick governor in US history.

Although to our knowledge, Kemp has never uttered a peep in support of white nationalism nor so much as addressed any of his voters as white, Michelle Goldberg calls Kemp “the candidate of aggrieved whiteness” and frames the election as “a chance to rebuke white nationalism.” She fairly delights in the fact that Georgia, once a bastion of Klansman and ornery crackers, is now “less than 53 percent non-Hispanic white.”

Goldberg encourages Georgia’s voters to strike fear in the hearts of white people:

In a week, American voters can do to white nationalists what they fear most. Show them they’re being replaced.

What truly needs to be replaced is The New York Times and all media outlets like it.

AMERICANS: STRANGERS IN THEIR OWN COUNTRY
A recent poll from the Public Religion Research Institute finds that 47% of Americans say they “feel like a stranger in their own country” while 51% disagree. Republicans are more likely than Democrats to say they feel this way.

According to the poll’s analysis:

The survey finds that partisans see two entirely different American futures. The survey shows Republicans’ vision for the country’s future is increasingly distant from the vision largely shared by Democrats and independents.