The White Suit and White Stuff 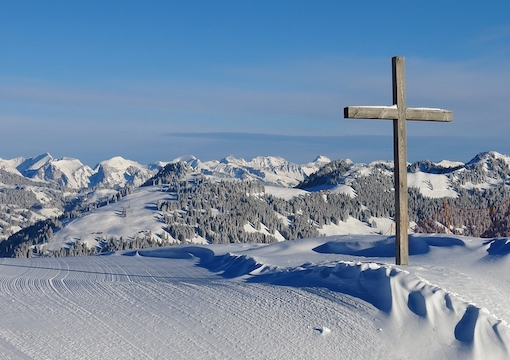 GSTAAD—I shoulda been a weatherman. No sooner had I announced snow to be a Gstaad rarity than it came down nonstop. Then it rained, so everything’s hunky-dory. Older rich people who don’t ski are happy after the scare of a snowfall, while younger types who do indulge are over the moon. Happy, happy Gstaad, but not really; the coronavirus news has some scared out of their wits, in fact this alpine village is beginning to feel like Der Tod in Venedig, or Death in Venice for non-German speakers.

The great South African doubles specialist Frew McMillan, now the best tennis commentator on TV, used to call me Dirk, as in Bogarde, because he thought I looked a bit like the thespian. “Different sexual proclivities,” I used to shout back at him. Dirk was great as Aschenbach in Venice, and then there was my grandson Taki announcing at dinner that I was the likeliest to catch the damn thing because I’m over 80, have smoked for seventy years, and when drunk go around shaking hands with all sorts of strangers.

What was it they say about “from the mouths of babes”? But death is on everyone’s mind nowadays, especially in this small community inhabited by people who don’t have to do a 9 to 5 chore daily. The young who ski know they will never die. The oldies cling to a fantasized life and think that death will not happen today or tomorrow but sometime in the faraway future. The trouble is that life should be celebrated for its ephemeral beauties, with death recognized as ever present and just around the corner. Only self-centered people fear death. It’s as natural as life, and everyone’s bound to experience it. Living dangerously helps put death in the right perspective.

One thing is for sure: In this hyperconnected world, the types who run our lives were slow to yell fire in case we insulted the Chinese. I’m not saying we should go back to treating them like coolies, but to remember that commies always speak with forked tongues. China should have been isolated as early as last December, but we were all too busy waiting for Nike sweatshops to deliver their cheaply made goods for our Christmas trees. Now we’re doing the sweating and half of Italy is shut down. And still today fake-news journals like The New York Times are reluctant to write anything that might give aid and comfort to antiglobalization forces in case they sound like The Donald.

The great scholar John Sutherland wrote that Tolstoy’s The Death of Ivan Ilyich should be given free to seniors by the authorities. It would serve as a reminder of the trip they will soon be taking. It’s pretty grim toward the end because Ivan is a bore but turns into a Gstaad type when facing a horrible death from the big C. “Why must I die…?” I suppose many of us would ask that question when the man in the white suit comes calling, but then some of us might not. I saw my friend Henry Wyndham the other night, and he’s not the kind to ask Ivan-type questions. All he does is raise money for cancer patients. This was at a dinner given by Mick Flick, the Mercedes-Benz heir who, ironically enough, sat up late with me and spoke about the white-suited man. Mick thinks one should prepare for him. I said he should go f— himself—the white-suited one, that is.

Earlier that evening I had gone to another dinner chez Eric and Louise Franck, who live in one of the oldest and most beautiful chalets in Gstaad. Cosima Somerset and Kirstie Allsopp were pleasant surprises, Barry and Lizzie Humphries attended, as did the Desmarais couple from Canada, who have a chalet here in Gstaad. Not only are they the richest people in that rather large country, they are also the nicest. The mother, Jackie Desmarais, who died a couple of years ago, was one of the best women I’ve ever met. She was a Spectator reader, and when I was at her incredible house in Montreal for a wedding, I was rather down because both my mistress and my wife were about to dump me. “That would be a catastrophe,” said Jackie, “put all your efforts into saving the wife.”

Good advice from a very wise lady. And of course there are some very nice people in Gstaad, and I just mentioned some of them, as there are some not-so-nice that I won’t mention. Gstaad itself can be very pleasant at times, especially in March when the ritzy-glitzy leave and the slopes become skiable again. The locals have overbuilt and there are too many apartments lying empty, but at least every chalet conforms to the Simmentaler style, so the place always looks like a Swiss village rather than Las Vegas by the Matterhorn. Last but not least, the Dutch television series How to Be a Man came through and the wife’s fears were not realized. I do not speak Dutch and don’t know anyone who does, but they were very fair and my part was in English and they never touched it up or added American feminist-type crap. If this had been an American crew I’d probably be at Rikers by now, keeping company with you-know-who.