The Wrath of Con Men 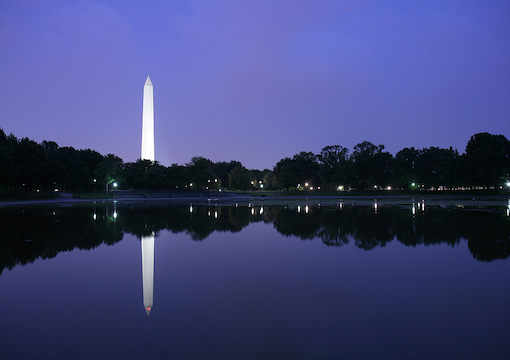 Anger can be constructive; it can motivate people to fight noble battles and right egregious wrongs. Anger can also be nonconstructive. It can distract people from genuine problems while driving them to unproductive extremes.

Nonconstructive anger often starts with a fiction. Like how a false narrative about police shootings can motivate a certain easily-led demographic group to violence. In this way, BLM is similar to the 1/6 rioters. Both groups were “traumatized” by a loss (George Floyd, the election) that was exploited by their leaders to birth an explosion of nonconstructive anger.

And when it comes to nonconstructive anger, 1/6 is the gift that keeps on giving. Indeed, I’ve come to think of the 1/6 hearings as a giant troll by Democrats. And they’re not trolling alone; MAGA leaders are along for the ride. And the entire point is to provoke nonconstructive anger.

“Trump and his grifters have to redirect your anger away from your problems and toward theirs.”

To Tucker Carlson, Steve Bannon’s the victim of a political witch hunt: “Steve Bannon was subpoenaed by the January 6 committee despite the fact he had literally nothing to do with January 6.” That’s a shameless lie. Bannon directly consulted with Trump and his inner circle in the days before 1/6 regarding how to “kill” the Biden presidency. You don’t have to like the 1/6 committee to understand that Bannon’s a legitimate witness.

Tucker and other rightists claim that Bannon is the victim of a “double standard” because the Obama administration’s Lois Lerner and Eric Holder were similarly found to be in contempt of Congress, but were never prosecuted.

There’s no mystery to that. Contempt of Congress typically doesn’t result in prosecution when the White House and Congress are controlled by different parties. When a Democrat-led House found Harriet Miers and Josh Bolten in contempt, Bush shielded them, as Obama did with Lerner and Holder against a Republican House.

If you’re found in contempt by a Congress that’s the same party as the executive branch, then you’re in trouble. The 1/6ers knew they’d have a Dem House and a Dem executive branch. They walked right into it. If they’re victims, it’s of their own stupidity.

Tuck and Bannon’s “witch hunt” and “double standard” claims are meant to get you angry at things that are perfectly explicable.

I should add that Bannon’s confederates in his “build the wall” scam that bilked MAGA true believers out of millions of dollars pleaded guilty. They admitted the grift in open court. Trump pardoned Bannon from ever having to answer for the con. By blinding you with nonconstructive anger about nonexistent witch hunts and double standards, Tuck and Bannon hope you don’t see the real reason you should be angry: Bannon bilked you.

Getting angry at that would be constructive, because it might save you from future cons.

Speaking of nonexistent double standards, rightist pundits love invoking the “BLM double standard” trope. “1/6 rioters are being persecuted, but nobody from BLM’s summer of riots got hit with similar charges.”

Yeah, and who was president in summer 2020? Whoopsie! You’re not supposed to ask that question. MAGAs stormed the Capitol to defend the presidency of the guy who didn’t go after BLM rioters. They complain that BLM avoided repercussions while championing the guy who helped BLM avoid repercussions.

You know that doesn’t make a lick of sense, right?

Trump had at his disposal multiple tools to go after BLM, but instead he just tweeted “LAW & ORDER” 500 times.

It was “your guy” who did the very thing you’re bitching about. Yeah, get angry about it, but constructively. Ask yourself why you don’t hold “your guy” accountable for his inaction.

If you’re on the right, you’ve heard the story: Ray Epps is a fed who told MAGAs to storm the Capitol. Oh, and he’s a fed who worked undercover with Antifa! Someone on Twitter isolated a frame from a video shot the night before 1/6 showing Epps standing next to John Sullivan. Sullivan is a black dude who livestreams public skirmishes. He’s recorded Antifa protests, where his eagerness to obtain juicy footage got him booted as a suspected MAGA infiltrator. And indeed, Sullivan’s brother is MAGA. But Sullivan presents himself as a left-leaning “citizen journalist” who covers riots and protests for his YouTube channel.

When the still frame of Epps and Sullivan standing next to each other went viral, MAGAs were like, “Aha! Proof that Epps the fed was secretly working with Sullivan the Antifa!”

More nonsense to make you angry based on nothing.

Ever wonder why no one shows the context of the Epps “we need to go into the Capitol” clip? I know, I know. Context’s for cucks.

But here’s some anyway.

Epps was arguing with a young MAGA in an Alex Jones shirt who was advocating violence. Epps was trying to talk him out of it. “We don’t want to fight Americans,” Epps declared, prompting the younger MAGAs to derisively chant, “Boooomer! Boooomer!” as Alex Jones guy reiterated his desire for violence. It’s then that Epps, obviously feeling dissed by the crowd as a coward, made his “tomorrow we have to go into the Capitol” comment. But he followed it up with caveats about how it must be done “peacefully, peacefully.”

Meanwhile, John Sullivan was livestreaming the protests. In a lengthy, unbroken stream, he was walking around telling his viewers plain as day that he’s not MAGA. He was 100 percent up-front. He even mentioned that he’d made MAGA friends who knew his leftist leanings and cautioned him against getting attacked by MAGAs looking for a fight.

He was not at 1/6 as part of some secret op; he was livestreaming! The very opposite of “secret.”

At one point, Sullivan saw the “boomer” confrontation and decided to film it. The “incriminating photo” proving “collusion” is just a freeze frame of Sullivan walking past Epps.

Sullivan, who did enter the Capitol the next day and filmed much of the violence, was arrested. Epps, who did not enter, and who (according to other 1/6ers) continued to counsel nonviolence before the storming, was not.

There’s nothing provably nefarious about any of this. If you’ve been driven to anger by the “Epps and Sullivan collusion” meme, it’s because certain people are misleading you.

Tucker’s claim about the FBI’s search of Trump minion Jeff Clark’s home is another brazen lie:

Last week, the FBI searched the home of former Trump DOJ official Jeff Clark. There’s no suggestion he committed any crime of anything, that he did anything wrong. What he did was say things that Joe Biden and Joe Biden’s Justice Department didn’t like.

Clark’s home was searched as part of the investigation into Trump’s cockamamie “fake electors” plot. Maybe the investigation won’t lead to charges. Maybe you think the fake-electors thing was a dandy idea. Regardless, Clark’s a legitimate target.

You can say, “I don’t like the reason for the search.” But to say, “There is no reason,” is to purposely mislead.

So why’s this happening?

Trump and his supporters need to ensure that Trump remains MAGA priority No. 1. There are a hundred legitimate things to get angry about right now (crime, gender madness, immigration, Covid and vax regs, the economy), and Ron DeSantis has proved himself expert at tackling every one of them. So Trump and his grifters have to redirect your anger away from your problems and toward theirs.

They also have to make you believe that America can’t be “fixed” until Trump’s honor is restored and he regains the presidency.

This is tricky, as Trump had the presidency and proved himself the opposite of DeSantis in terms of being an effective executive.

Which brings us to Bannon’s newest con, unveiled last week. See, it was “the swamp” that made Trump ineffective. Not his own hiring practices, not putting Kushner in charge of the border. Not Ivanka, Bolton, Kardashian, or the other morons he surrounded himself with.

No, ’twas the swamp wot dun him in!

So Bannon’s launching a program to train 4,000 “shock troops” to “drain the swamp” when Trump retakes the presidency. Write your check today!

Or, you could skip the Underpants Gnomes song-and-dance and go straight to Phase 3 by supporting the capable governor who turned a purple state red and rarely makes a false move.

Being distracted by, and spending money on, phases 1 and 2 is exactly what the Dems hope you’ll do. Hence why I think, intended or not, the 1/6 commission is the left’s greatest troll. The more they go after Trump and his circle, the more the right makes the commission its prime target for anger.

As Tuck is doing:

If you’re wondering why they’re hyperventilating about January 6, that’s why. They seem afraid, because they are afraid. To them, a crowd of angry people at the Capitol looks a lot like a foretaste of things to come. That’s exactly why they’re so desperate to take your guns away. It’s why they’re screaming at you about trans rights and systemic racism and the all-encompassing evil of the president of faraway Russia. What does any of that have to do with our actual problems here and improving your life? Well, none of it has anything to do with improving your life, and that’s the point. They’re hoping that if they keep screaming at you, you’ll be too bewildered and too off-balance to notice what is happening to the country around you, much less able to fight back against it.

Tuck claims that race and trannyism are distractions to keep you from concentrating on 1/6 and maybe repeating it. Race and trannyism don’t impact your lives; 1/6 does! The ill treatment of Steve Bannon does!

That couldn’t be more backwards. It’s so backwards, Tuck’s either lying or he’s incurably stupid. Race and trannyism are absolutely the issues that affect your life. Race affects hiring and education, it’s the root of the crime epidemic (defund, decarcerate, and “progressive prosecution” are race-based policies), and it’s why the border’s open. And trannyism? Your kids are having their minds scrambled at school, and the courts are backing it, removing custody rights from parents who deny tranny theology.

These are winning issues for the GOP with blue-collar whites.

Saying, “These are distractions; the thing that matters is 1/6,” is criminally deceptive. And it’s exactly what the Dems want.

The real issues, the ones that engender good anger? Anger that can be channeled to electoral victory?

Concentrate on 1/6. Write checks to Bannon! Listen to Tucker!