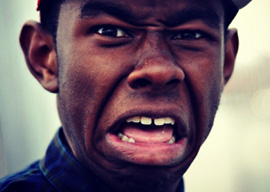 Whereas comedians or artists may want to ostracize a large group of people, an ad exec can lose his job for offending even one person. This makes sense, because a commercial is a short film meant to please everyone in the world. As a result, advertising agencies are drowning in capitulation.

The hot new thing for advertisers is viral comedy videos. Companies know that funny sketches that cost virtually nothing get millions of views, and they want to recreate that reaction in a lab. But pleasing everyone while making them laugh is virtually impossible. I run an ad agency and find this challenge pretty fun. We did a shoe ad about public urination that got 1.7 million views. We got 11 million views when we depicted a rapper as too incompetent to promote his new album.

Those were the highs. The lows are having entire campaigns canceled because the spokesman had the word “boner” in a Tweet last year or someone decided some random accent is offensive. Alarmists thrive on apologies, and they get way more than they deserve when someone’s job is on the line. This is why feigned outrage does so well when applied to commercials. It’s also why it’s only a matter of time before the entire country turns on these overly sensitive pussies and revokes their Indignation Licenses for good.

1. TYLER THE CREATOR FOR MOUNTAIN DEW
Earlier this month, Mountain Dew was accused of making “the most racist commercial in history.” It featured a battered woman too scared to press charges against a goat who was standing in a lineup amid black thugs. This retardo joke was the brainchild of a very popular rapper named Tyler the Creator who has more than 1.6 million Twitter followers. He obviously speaks the Beavis and Butt-head language of today’s youth, but that doesn”t stop the Thought Police from accusing this black man of being racist toward black men. Mountain Dew has devoted an entire website to their apology. Tyler’s manager issued a statement that said in part, “Offense is personal and valid to anyone who is offended.” I would have added, “but it is only valid to that one person and is not our problem.” Tyler called his critics “IDIOTS.”

“Soon censorship will be entirely based not on what a smart person said but how it made some irrational idiot feel.”

(It’s been pretty bad recently for rapper endorsements, as Mountain Dew had to explain why another spokesman, Lil Wayne, used the lyrics “beat that pussy like Emmett Till” to describe a sex act. And Reebok dumped Rick Ross for a song seen as supporting date rape.)

2. FLAPPER FOR GENERAL MOTORS
A time traveler is listening to old-timey music as he checks out how awesome 2013 is, but the lyrics are apparently so painfully out of date, a Chinese newspaper has labeled them racist. The “Land of Fu Manchu” is mentioned in the song and then we get the line, “ching, ching, chop-suey” which is racist because, well, actually, we”re just supposed to know. The closest the South China Morning Post gets to explaining its outrage is saying the song “might have been considered acceptable, even amusing, when the lyrics were originally penned in the US in the 1930s.” Yes? And? GM scrapped the track and released the commercial using a different song.

3. SOME ARAB GUY FOR COCA-COLA
This one’s a stretch. In this year’s big-budget Super Bowl ad, we see an Arab walking through the desert and discovering swarms of different groups chasing down a giant bottle of Coke. When they get to the bottle they realize it’s a sign and the race continues elsewhere. Arab-American groups decided this was racist because the Arab isn”t in the race. Imam Ali Siddiqui, president of the Muslim Institute for Interfaith Studies, claimed the ad says Arabs “have no chance to win in the world.” Instead of asking, “What the fuck are you talking about?” Coca-Cola apologized.

4. WHITE GUY DOING A JAMAICAN ACCENT FOR VOLKSWAGEN
During the same Super Bowl, Volkswagen got in trouble for allowing white actors to do Jamaican accents. This is racist because it implies Jamaicans are known for being laid back, even though they are. Nobody had to explain what’s wrong with doing a goddamn accent. There are plenty of Jamaican whites, from the island nation’s “Founding Fathers“ to Bob Marley’s dad.

5. ASHTON KUTCHER FOR POPCHIPS
Popchips is a tiny company, but they spent over a million dollars last year getting Ashton Kutcher to promote their snack. The ads did pretty well until a tiny group of infants decided to be offended by Ashton’s Indian accent. One brown gentleman claimed the depiction was “extremely offensive” and said Popchips were racist “subconsciously.” Popchips apologized, and as is always the case with these things, nobody was asked to explain why an actor acting like he’s someone else is wrong.