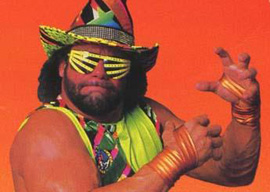 While getting drunk last night, I noticed a young man had plonked his sports bottle down on the bar like it was a gun and we were in the Wild West. I asked him what the fuck was up with that, and he explained he”d brought it with him to stay hydrated. “What you”re carrying is pussy kryptonite,” I said as Gran Torino-esquely as possible before adding, “Not only will you not get laid tonight, but you just blew it for your two friends there.” The bartender told me to mind my own business as I tried to explain the difference between bullying (picking on physical traits) and benevolence (telling someone what to throw in the garbage). Before the debate could be settled, his friend ordered a gin and tonic with lime, and I walked away in disgust.

I”m no Ãbermensch. I don”t know where the transmission is on a car and I”m not sure I”ve ever won a fight, but I have laid my fair share of fair ladies and can tell you that the American male’s infantilization has gone so far, it’s basically back in the womb.

Here are twelve essential tips to help get our nation’s testosterone levels back above sea level:

1. STOP ORDERING WOMEN’s DRINKS
The worst part about going to LA is having to wait behind metrosexuals as they order Absolut Orange with a twist of orange and a splash of seltzer while Max is having… “Max, what are you having again? Oh yeah, just a classic Appletini, please.” Hey, Buttwipe, we are all standing here waiting to get drunk by guzzling rotten barley, and you are stopping the presses with your sugary fruit punch? Just order five Buds for five buds and let’s get on with our lives. If you”re feeling creative, you may order a whiskey or a bourbon, and if you”re wary of spirits, take the edge off by getting it on the rocks. That’s it. And you can”t order wine at a bar. For dinner it’s fine, but we can”t have men in bars gently clasping that little glass stem and giggling with their buddies like they”re ecstatic about being fragile. Oh”and no low-calorie drinks, either.

“The American male’s infantilization has gone so far, it’s basically back in the womb.”

2. CARRY A BRIEFCASE
Where did all the briefcases go? Even high-powered lawyers are walking around with courier bags as if they deliver their own affidavits for a living. It’s only a computer. Why does it have to dangle by your knees like a pothead’s DJ bag? Straps are for the airport, and even then they make you look like you bench-press daffodils for a living. If you are wearing a suit, you have to carry a leather briefcase or at the very least a Filson“not a nylon zip bag that you got free at a conference, not a tote (Jesus, totes? How did we get here? They are for women’s groceries), and not a backpack. I don”t know how many New Yorkers I”ve seen in pinstripe suits with futuristic-looking backpacks that have gel pockets and waterproof headphone holes. They look like accountants for the Sierra Club. If you”re riding your bicycle to work, fine, put on a knapsack. Your laptop is delicate, and to put it anywhere but your back is to jeopardize the hard drive. However, can you at least make it some kind of old-timey canvas and leather? Gadget packs make grown men look like eager-beaver space travelers. Also, after you get off your bike, please refrain from wearing your backpack in the elevator. Carry it at your side like a briefcase. Be a man for once in your life.

3. WHAT IS ON YOUR HEAD?
Fedoras and bike helmets could make even the Mighty Thor look like a retarded sissy infant. The only time a fedora is acceptable is if it’s the cherry on a 1950s sundae. That means: wingtips or brogues, a three-piece suit, a tie, a briefcase, a trench coat, and finally a hat. That is the only time you can wear a fedora. No matter where you are, pairing it with a T-shirt or (God forbid) shorts makes you look like a sports detective. Bald men are particularly guilty of this, and the fact that they think they”re fooling us is as insulting as a combover.

And what can I say about bike helmets that hasn”t been said about retarded people? When I was a kid, there was no such thing as a bike helmet. Most of us wouldn”t even wear shoes, and that includes girls. By summer’s end, our feet were so callused we could walk on heroin needles all the way to school and not notice. Today, “tough guys” are riding their bikes through the city with enough protection to survive a nuclear holocaust. Just as my reaction to these ridiculous drunk-driving laws is, “If you can”t command a vehicle after two beers, you can”t command a vehicle,” I say, “If you can”t ride a bicycle without wearing an extra skull, you can”t ride a bicycle.” Twenty years ago, if I saw an adult in a helmet, my first instinct would be sympathy. Today, it’s rage.

4. NO UMBRELLAS
If you were to walk down the street in Glasgow carrying an umbrella, men would start coming out of pubs and walking menacingly toward you as if you were wearing a sandwich board that said, “BONNIE ENGLAND.” If you were to up the ante with rubber boots and a raincoat, you”d be stabbed. I second this emotion. Showing up to a meeting with your wee umbrella all bundled up in its little tube makes you look like you”re allergic to water, and such a person is obviously unfit to be called a man. If it’s pouring outside, get soaked.

5. CUT DOWN ON SHORTS
If you”re traveling only a few blocks in a flat area, wearing a suit on your bicycle is great, but if you”re a cheap-ass crowd-hater like me and you”re pedaling over the Brooklyn Bridge, there’s no sense in charbroiling your kneecaps. And what about the rest of the summer? Cargo shorts are obviously outlawed, as are the ridiculous wigger shorts grown men wear to the beach these days””shorts” that are so long they are basically pants that scream, “I”M NOT GAY!” so loudly that it’s extremely gay. I think small tennis shorts are all right if the temperature climbs above 90 degrees. You can”t wear them at night, but some of us have breathtaking legs, and to let our pants go wet with sweat during a heat wave is to deprive women the right to let their panties go wet with lust.