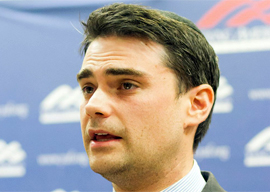 Considering the state of this world, it is perfectly understandable to find oneself being constantly annoyed.

As each year winds to an end, I find myself surveying the past twelve months and thinking about who annoyed me. I have previously published lists of my findings for 2012, 2013, and 2014. Last year I took a hiatus, apparently because something more timely caught my attention and annoyed me instead.

When choosing my finalists for 2016, fame was not a consideration. I”m sure you”ve heard of some people on this list, while I suspect that most of them are new to you. These are merely the human annoyances that I, poring over my extensive notes from the past year, find myself most personally aggravated by as I peck out this article on a dark and wintry eve.

My selections are rated in escalating levels of annoyance. Nonwhites are cut some slack because they don”t know any better, while white ethnomasochists get top billing.

Without further ado, I present to you this past year’s most annoying personages.

“Considering the state of this world, it is perfectly understandable to find oneself being constantly annoyed.”

16. AURA BOGADO
This less-than-svelte dusky dumpling writes for perennial commie rag The Nation about “race, justice and the environment,” so you can assume she couldn”t think her way out of a brown paper bag, even one made from recycled products. This year not only did she smear the game PokÃ©mon Go as “racist,” she blamed the 300+ deaths in Haiti from Hurricane Matthew not on Hurricane Matthew, but on “environmental racism.” In lieu of any new evidence that changes my mind, I will assume that anyone who mixes intangibles such as “justice” and “racism” alongside environmental issues is a stooge of globalist propaganda. Many scientists agree that the weather sometimes changes, so obviously we need a world government with a centralized taxing authority.

15. CAROLYN FINNEY
Another minority hire who mixes anti-white animus with pseudo-academic environmental gibberish, Ms. Finney is paid in real live US tax dollars to be a “diversity advisor“ for the US National Parks Advisory Board. In her book Black Faces, White Spaces, she attempts to argue that black people avoid scenic rural areas because they have a history of being oppressed “in forests and other green areas.” Yes”she actually wrote that. This year she attempted to argue that black Americans avoid the nation’s National Parks “because they were lynched on the trees.” Fire this woman now.

14. ELIE MYSTAL
“¨This hostile and overweight black male lawyer edits a website called Above the Law. In a recent article called “Here’s How Black People Could Use Jury Nullification To Break The Justice System,” he encouraged jurors to “acquit any person charged with a crime against white men and white male institutions”:

Assault? Acquit. Burglary? Acquit. Insider trading? Acquit….Murder?…what the hell do you think is happening to black people out here? What the hell do you think we”re complaining about when your cops shoot us or choke us? Acquit….White people aren”t willing to indict a cop for choking a black man to death in broad daylight. Imagine if black people weren”t willing to indict a citizen for punching a white guy in the mouth?

What the hell do I think is happening to black people out here? Well, in 92.5% of the cases when they”re murdered, they”re being killed by other black people. Maybe instead of acquitting people who victimized whites, juries should ramp up their conviction rates of blacks who murder blacks? Scratch that”it doesn”t appear that his goal is to protect blacks as much as it is to harm whites.

13. SADIQ KHAN
This year Khan was elected “the first Muslim mayor of any major Western city“ and thus served as a symbolic “fuck you” to indigenous Britons who don”t want their soggy island turned into an Islamic satellite state. When English voters chose to leave the EU, he threatened to defy their mandate. He immediately set about to further crush the national consciousness by installing a series of gay-friendly traffic lights in London, to ban public advertising that featured women with desirable bodies, and complained that the board which governs the London Underground is too white. He is a sneaky snake and is not to be trusted.

[N]obody did this to them. They failed themselves…. The truth about these dysfunctional, downscale communities is that they deserve to die. Economically, they are negative assets. Morally, they are indefensible. … The white American underclass is in thrall to a vicious, selfish culture whose main products are misery and used heroin needles.

As the election proved, America’s white working class is very much alive. It is National Review that deserves to die.

11. SHAUN KING
The clearest evidence that American journalism is dead is the fact that this idiot has a column in a New York daily, although the Daily News quickly shut off all comments on his articles when it became apparent that he wouldn”t know a fact if it beat him over the head like the LAPD clobbered Rodney King. This summer the dubiously black Mr. King threatened to help overthrow the US government if Donald Trump were elected president. Apparently operating free from the constraints of fact-checkers, King also stated that “Extrajudicial deaths of men, women and children at the hands of police have never been this widespread in the history of America,” even though the facts clearly state that such killings have plummeted since the 1960s. A symptom rather than a cause of what ails America, King maintains his editorial position for no other reason than the fact that he claims to be black.

10. BEN SHAPIRO
Small enough to be dwarfed by horse jockeys, this quintessential neocon windbag postures as someone who fights leftist witch-hunting yet revealed himself as a hypocrite when he encouraged that “legitimate racists“ should be targeted and have their careers hurt:

Since there is no way to quantify “racism,” there is no way to determine whether someone is a “legitimate racist,” although by Mr. Shapiro’s definition, a Jewish ethnostate in the Middle East is not “racist,” while Donald Trump’s legions of supporters are filled with subhuman “anti-Semites.”

In true neo-McCarthyite fashion, Shapiro published a list in late August of “20 alt-right-friendly or alt-right people/outlets.” A hearty seven of those listed have written for Taki’s Magazine.