The Age of Expert Ignorance 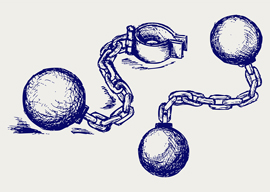 Last year Tom Nichols, an ardent Never Trump Republican, published a popular book called The Death of Expertise: The Campaign Against Expertise and Why It Matters. “Americans have reached a point,” argues Nichols, “where ignorance, especially of anything related to public policy, is an actual virtue.” For “to reject the advice of experts is to assert autonomy, a way for Americans to insulate their increasingly fragile egos from ever being told they’re wrong about anything.”

It seems to stand to reason that mass education would have produced a more curious and educated citizenry. Still, that is not what has happened. As William James wrote in “The Social Value of the College-Bred” (1907),

mankind does nothing save through initiatives on the part of inventors, great or small, and imitation by the rest of us—these are the sole factors active in human progress. Individuals of genius show the way, and set the patterns, which common people then adopt and follow. The rivalry of the patterns is the history of the world.

It is a sign of the times that these words, though written by a kindly liberal and, in contemporary parlance, “a star professor” at Harvard, are unthinkable in elite academia now, where the generous goal is to level everybody down so that no one feels excluded from the professorate’s own distinguished wretchedness.

The problem with democracy is that by its very nature the “inventors” tend to be philistines (for example, that grotesque trio: Zuckerberg, Gates, and Bezos), money-grubbers, and cowards, happy to truckle to the diversity rabble and other low types, since there is such a good living and so much social distinction in that. As with the preservation of high culture, it takes a truly elitist social order and an aristocratic tradition to produce statesmen such as those Great Dead White Men, America’s Founding Fathers.

“The world’s great psychologists are the philosophers, poets, novelists, and religious sages.”

And yet, despite all this, who can blame us for our distrust of “experts”? Why should anyone be surprised by the lack of interest in the issues? We Americans know that both parties are in the pockets of their respective donors. Seeing Illinois join California as a sanctuary state, we see that our politicians care more about “undocumented immigrants” than native citizens and working people. Watching the Constitution give way to the manipulations of the administrative state, we feel a very sensible disgust. We are not valued, it is plain.

Indeed, we now find that even “experts” who have no legal authority over this country presume to tell us how to live. Thus, the United Nations, in its infinite hubris, recently declared that we owe reparations to black Americans. The Washington Post reports:

The group of experts [sic], which includes leading human rights lawyers from around the world, presented its findings to the United Nations Human Rights Council on Monday, pointing to the continuing link between present injustices and the dark chapters of American history.

“In particular, the legacy of colonial history, enslavement, racial subordination and segregation, racial terrorism and racial inequality in the United States remains a serious challenge, as there has been no real commitment to reparations and to truth and reconciliation for people of African descent,” the report stated. “Contemporary police killings and the trauma that they create are reminiscent of the past racial terror of lynching.”

Before the academy was overrun by leftist pretenders, scholars were committed to teaching the truth about human history. So students used to learn that, just as imperialism was not unique to the West, so slavery existed on every continent and among virtually all peoples. Given the true history of slavery, the question arises why, for those badly educated adults at the U.N., only black Americans deserve reparations. Of course, the real answer, though hardly logical, is this: Black culture doesn’t have its act together—full stop.

There are other problems with the paragraph quoted above. To begin with, no living black American ever was a slave, just as no living white American ever was a slave owner. Making human beings responsible for events with which they themselves had nothing to do is not only incoherent, it is an infinite task. When does it end? Is God, or the Big Bang, or what you will, finally to be found fault with?

If the problem is “privilege” deriving, in some sense, from “the legacy of slavery,” then one wonders why this “privilege,” rather than IQ, or talent, or work ethic, or beauty, or height, or whatever, is not also a social evil, for do not these engender all sorts of advantages?

If your premise is that human differences (or “diversity”) are intrinsically wrong, then the only solution is to make everyone quite literally the same, an impossibility save for life lived in test tubes.

As for “contemporary police killings and the trauma that they create,” it needs to be said that although corrupt, murderous police do exist, they are a statistical minority. In 2016 alone there were four studies refuting the popular belief that police shootings are racially biased. In 2015, the police shot 990 people, the vast majority of them armed or violently resisting arrest, per The Washington Post’s database of fatal police shootings. Whites composed 49.9 percent of those victims; blacks, 26 percent. The proportion of blacks is much lower than what the black violent-crime rate would predict.

Of course, the U.N. is unaware of all this, as indeed it wants to be. For the progressive mind is determined not by cold truth but by warm (read: delusional) feeling. Thus, in his perverse combination of blind pity and cheap resentment, the progressive requires equality of outcome in regard to crime and punishment, as he does with everything. Hence Michael Brown and Freddie Gray are transformed from violent thugs who refused to obey the law into innocent victims. What is more, police nationwide are compelled to scale back broken windows policing, allowing young black men to go on shooting one another (and others) by the thousands. In a time when emotional cant supersedes sober judgment, it seems black lives don’t really matter.

One reason Donald Trump was elected was the need to restore law and order in America. Yet here, too, we face the obstacle of expert ignorance. The same professional frauds who see fit to drug young boys so as to early condition them for a life of ignoble servitude to a collection of business interests that passes for a country, are using their “expertise” to try to undermine the presidency.