The Allure of Omnipotent Explanations 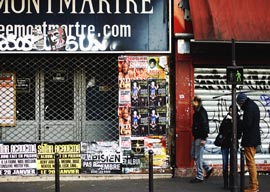 One buys books for peculiar reasons, and not only because they are good: for example, a few days ago I bought a book for its title and its opening sentence. The title was How Do We Become Criminal? and the opening sentence was “The history of crime is that of humanity.” We don”t need to become criminal, therefore; we are criminal by birth and nature.

I like an author who puts his cards on the table or who, to change the metaphor slightly, doesn”t beat about the bush or mince his words. And here at least was an author who was unlikely to deny the reality of original sin and retreat into fatuous optimism (nothing depresses me more than optimism). Indeed, the author, in his second sentence, goes on to say that crime and humanity are so intimately connected that if we were to seek for the origins of crime we should seek the first cause of everything. It seems, then, that the constitution of the universe was criminal.

The book was far from uninteresting even after its first sentence, from which decline could be expected. Published in 1920, written by one Georges Guilhermet, it described, among many other things, the lengths to which female prisoners, still desirous to look attractive to any passing male, went to procure the cosmetics, or rather substitutes for the cosmetics, forbidden them by the prison rules. To obtain face powder, for example, some prisoners patiently licked the whitewash of their cells until it became a kind of paste that they dried and then used as powder. Another prisoner was noted to be made-up like “a ballerina at the opera.” Her cell was searched to find out how she had rouged her cheeks, but nothing was found. Eventually the secret was discovered: prisoners” smocks had a red thread running through them which she had laboriously unpicked and soaked in water, using the resultant red liquid to paint her cheeks. I found this a moving example of the human spirit that so often requires adversity to emerge. But so much effort for so fleeting a result! I suppose it could be a metaphor for all our existence.

“It seems that the desire for a scapegoat springs eternal, the scapegoat but for whose evil activities our lives would be devoid of frustration and dissatisfaction.”

I found How Do We Become Criminal? in a secondhand bookshop in Paris that is about to close. The owner was tired of the crime and disorder that she witnessed every day outside her shop window; she was less interested in how we become criminal than in how we avoid criminals; she was selling off her stock cheap and fleeing to the countryside. The shop would soon be taken by a young man hoping to sell telephones, an item of commerce no doubt more attractive to criminal types than old books. She wished him luck, but did not think he would have much.

I bought other books from her, among them one which I judged entirely by its cover, Les convulsions sociales by Pierre Harispe, of whom I know nothing except that he was born in 1854 and died in 1929. Published in 1905, the book had never been read beyond page 12, for the pages, 358 of them, were uncut thereafter. This was a warning to authors, or to their vanity and self-importance. Those of us for whom the written word is of enormous importance, if not all-important, should try always to remember the words of Montherlant: Most people do not read; those who read do not understand; those who understand forget.

But it was the cover rather than the contents of the book that induced me to buy it. It consisted of a black-and-white drawing with despairing peasants in the foreground, dying, praying, breaking the ground with picks, all among scattered sacks of grain with smoking factory chimneys far in the background, and looming over all, emerging from the sky just above the horizon, a clawlike hand with nails like talons, obviously connected to an unseen monster of immense power, indeed omnipotence, responsible for all the ills of the world.

This was typical of the anti-Semitic iconography of the time, but not just of anti-Semitic iconography. The year in which the book was published, 1905, was the year in which France became a fully secular state, and the ferocious anti-clerical propaganda that led to the final divorce between France and the Church was iconographically indistinguishable from anti-Semitic propaganda, being complete with giant Vatican hands looming over the world, Vatican spiders whose thin legs encompassed the globe, and hook-nosed Vatican priests luring innocent children into their dark, smothering cloaks, from which they would never again emerge.

It seems that the desire for a scapegoat springs eternal, the scapegoat but for whose evil activities our lives would be devoid of frustration and dissatisfaction. I am no different, I too feel the need of a single underlying person or class of persons who is responsible for all that I think has gone wrong with the world.