The Ancient Contract Between Man and Wolf 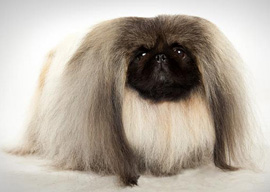 The incident reads like a sick contemporary rewrite of a Brothers Grimm fairy tale. A fourteen-year-old girl sat down to eat a meat pie in the kitchen of a friend’s house where she was staying. The house was empty at the time except for the family’s five pet dogs.

Horrified by the sounds of screams and snarls, neighbors alerted police, who arrived to find the girl mauled to death and the dogs “uncontrollable.” A firearms unit was dispatched. They shot four of the dogs, while a fifth was spared since it had been caged at the time of the attack. Two of the dogs were Bullmastiffs, two were Staffordshire bull terriers, and the one in the cage was a pit bull.

The giveaway was the number of dogs involved. As anyone who has kept any kind of animal will tell you, its socialization toward humans is inversely proportional to the number of conspecifics with which it is reared. To put it in layman’s terms, there is no such thing as a “pet pack” of anything, since being among other animals is another step closer to being “wild.”

“What greater sin against nature can there be than an animal that dreams of hunting bison in snowy wastes but wakes in the body of a Pekingese?”

Dangerous dogs lie on the fault line between our irrational sentimentality toward animals and our equally irrational aversion to risk in everyday life.

The response of politicians and the press has been to call for a raft of inquiries and legislation so that this sort of thing can “never happen again.”

My response was to wonder why a teenager was in an empty house with a pack of dogs aggressive enough that one was caged and why she felt so comfortable there that that she sat down, Goldilocks-style, to eat a meat pie in front of them. As in “Little Red Riding Hood,” there should not have been wild animals in the house. But there shouldn”t have been a little girl there, either.

Specific legislation in this area simply has never worked. When I was fourteen, there was a spate of attacks by dogs on children, which led to the UK’s Dangerous Dogs Act 1991. That bill hilariously banned four breeds of dog not technically recognized as existing within the UK”the Pit Bull Terrier, the Japanese Tosa, the Dogo Argentino, and the Fila Brasileiro. Since this meant there was no consensus on whether a dog came under the law, it made convicting its owner troublesome. Since that preventive legislation was passed there has been a fivefold increase in dog-bite cases reported at hospitals. (This may be partly due to the modern British urge to go to the hospital for any injury, no matter how laughably minor.)

Dogs are like guns. Caliber, reload-speed really do matter, but if my neighbor’s Pomeranian were to attack me, the inconvenience would be minor and short-lived. Bullmastiffs, on the other hand, weigh in at around the nine-stone mark (126 pounds), and I wouldn”t fancy my chances against the two that were in that house even without their bull-terrier cohorts. (The reason all these dogs have the word “bull” in their names is that they were originally bred to bait cattle for sport. The term “bullfight” is now misapplied to the deliberately unsporting Spanish spectacle that is the corrida de toros.)