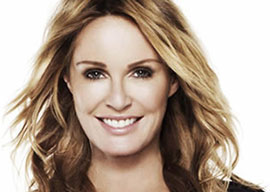 Male readers who live and work in estrogen-rich environments may beg to differ, but it looks like women’s menstrual cycles may not sync up after all.

However, I”ve noticed that women writers tend to pick up the same themes at the same time, as if compelled by some hormonal or seasonal force.

For instance, lately I’ve seen a surfeit of essays by women talking about how women aren’t allowed to talk. (Blame the untimely death of Harold Ramis, but I’m reminded of Bill Needle from SCTV‘s scathing review of “one of those ‘women’s plays’…where two women who don’t have any problems sit around and talk about their problems.”)

So Claire Dederer at the Atlantic asked, “Why Is It So Hard for Women to Write About Sex?” for 4,000 seemingly effortless words, one of which was “coochie.”

“Lately I’ve seen a surfeit of essays by women talking about how women aren’t allowed to talk.”

Across the pond, Mary Beard unpacked the evergreen observation that outspoken females are derided as “shrill,” while opinionated men are not. (Margaret Thatcher famously took voice-deepening lessons as a countermeasure.)

To her credit, Beard acknowledged “the irony of my being given the space to address the subject.” Indeed, her talk, with its classical references and refreshing dearth of whinging anecdotes (and words like “coochie”), is as far from “shrill” as it is possible to get on this vexing (at least to women) topic.

I especially enjoyed Beard’s comments regarding Sojourner Truth’s often anthologized “Ain’t I a Woman?” speech of 1851:

The authorised version was written up a decade or so after Sojourner Truth said whatever she said “ and that is when the now famous refrain, which she certainly did not say, was inserted, while at the same time her words as a whole were translated into a Southern drawl, to match the abolitionist message, even though she came from the North and had been brought up speaking Dutch.

One to file away for Black History Month 2015, wot?

Inevitably”and with laudable sangfroid considering her own experiences“Beard concludes with some thoughts on what these “issues of voice and gender have to do with internet trolls, death-threats and abuse.”

“Inevitably” because yet another female has apparently been driven to suicide by this anonymous misogynist online army. Australian TV personality Charlotte Dawson killed herself in late February, supposedly because she could no longer endure the cyberbullying she’d endured after launching an anti-cyberbullying crusade.

Never mind that she had a history of depression and had gotten famous in the first place by being a bitchy bully herself. Dawson’s death reenergized the surviving ghoulish scolds who demand, once again, that “something” be “done.”