The Beltway Conspiracy to Break Trump 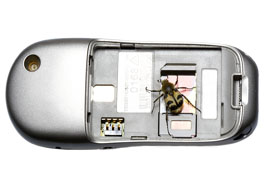 Early Saturday the fuming president exploded with this tweet: “Terrible! Just found out that Obama had my ‘wires tapped’ in Trump Tower just before the victory. Nothing found. This is McCarthyism!”

The president has reason to be enraged. For what is afoot is a loose but broad conspiracy to break and bring him down, abort his populist agenda, and overturn the results of the 2016 election.

At its heart is the “deep state”—agents of the intel community, their media collaborators, and their amen corner in a Democratic party whose control of our permanent government is all but total.

At the heart of the case against Trump is what appears to be a Big Lie.

It is that Vladimir Putin and Russian intelligence hacked the DNC and John Podesta’s email account, then colluded with Trump’s friends or associates to systematically sabotage Hillary Clinton’s campaign. Therefore, Trump stole the election and is an illegitimate president. In this city, Trump is looked upon as a border-jumper, an illegal alien.

Yet let us consider the constituent components of the charge.

For months, we have heard that U.S. intel agencies agree that the Russians hacked the DNC and Clinton campaign, and gave the fruits of their cybertheft to WikiLeaks, because Putin wanted Trump to win.

For months, this storyline has been investigated by the FBI and the intelligence committees of both houses of Congress.

Yet where is the body of evidence that the Russians did this?

More critically, where is the evidence Trump’s people played an active role in the operation? Why is it taking the FBI the better part of a year to come up with a single indictment in this Trump-Putin plot?

Is this all smoke and mirrors?

In late February, The New York Times reported that Trump officials had been in regular touch with Russian intelligence officers.

The smoking gun had been found!

Yet, almost immediately after that report, White House Chief of Staff Reince Priebus told Fox News “the top levels of the intelligence community” had assured him that the allegations of campaign contacts with Russia were “not only grossly overstated, but also wrong.”

If what Reince says is true, the real crime here is U.S. security officials enlisting their Fourth Estate collaborators, who enjoy First Amendment privileges against having to testify under oath or being prosecuted, to undermine the elected commander in chief.

Now we expect Russia to seek to steal our secrets as we steal theirs. After all, our NSA wiretapped Angela Merkel and Brazilian President Dilma Rousseff. Our National Endowment for Democracy pushes “color revolutions” to bring about regime change in the near abroad of Putin’s Russian Federation.

Our NGOs are being restricted, shut down, expelled from Russia, China, Israel and Egypt, because they have been caught interfering in the internal affairs of those countries.