The Best (and Worst) Languages in the World 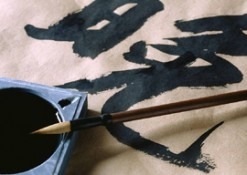 Though there are over 7,000 living human languages, only a dozen of them actually matter. The majority of languages are holdovers from cultures that should have become extinct generations ago.

Take Taiwanese for example. The Taiwanese were the indigenous people Chiang Kai-shek almost wiped out to create modern Taiwan. Like Chinese, their language has different meanings depending on the tone it’s said in. “RIce” is different than “riCE”  is different than “rICe” and so on. Only, where Chinese has four tones per word, Taiwanese has eight. Eight? Now I have to do tongue exercises when I wake up just so I can say, “GOod morNING.” Meanwhile, over in English, we can have a Jamaican, a Turk, and a drunk Pollack say “Rice” and it means the same thing every time.

Another reason Taiwanese is typical of the languages we refuse to care about is the word they chose for cat: “Meow.” Call me a Western chauvinist but if your naming animals after the sounds they make, you”re not really cut out for the modern world.

1) Korean. When your language requires a paintbrush to spell out, it may be time for an upgrade. Koreans had the smarts to trash the whole swishy characters thing and convert their type into a very efficient series of circles and squares that requires even less characters than the phenomenally awesome English. Handy, but it’s still Asian and sounds like all the other ones.

2) Mandarin. Only a little annoying to hear, but learning it is virtually impossible. I lived in Taipei for a while and spent months trying to say, “Wo chi su” (I am a vegetarian) properly. To get each tone correct, you need to curl your toes and tense your stomach muscles with your eyes squinted like you”re throwing a golf ball into a teacup forty miles away. Learning the characters is also difficult. So difficult, in fact, the Chinese include subtitles in every movie so their citizens can practice. Most have the language at their disposal by the time they reach about 70-years-old, at which point, they die.

3) Cantonese. Can you imagine being nagged in this language? It sounds like a turkey being strangled to death. No wonder Chinese workers barely ever come home.

4) Japanese. Appears to be more advanced only because Japan is more advanced but I”m sorry—women sound stupid when they speak Japanese and the men always sound grumpy.

I guess I should know more than nothing about Middle Eastern languages before summing up the entire globe, but all I know is my ears bleed every time an Israeli or an Arab speaks. Could they have more phlegm in their throat please? Jesus Christ, if I tried to speak that language I”d have skin hanging down off the roof of my mouth like I ate burnt toast sandwiches for a living.

5) Russian. No wonder Russians don”t have stand-up comedy. That language sounds like a guy trying to eat his teeth. The fact that Russia has some of the greatest writers in the world using such an ugly language is a testament to how horrible it is to be outside in Russia.

6) German. It’s efficient as hell and it’s whom English has to thank for being so darn convenient. What other language could come up with a word for “the dark humor associated with other people suffering” (Schadenfreude) and “That part of the dinner conversation where there’s the perfect amount of booze and things are getting really interesting” (Hegge)? For all their hard work however, you still get so many schloppy words like schlaventy and schÃ¼tzt it sounds like a dentist’s vacuum sucking up excess saliva.

7) English. I”m obviously a little biased here but have you ever heard a more flexible and succinct language in your life? It takes about a week to learn and once they taste it’s simplicity, most immigrants end up abandoning their original fancy-pants language altogether.

Unfortunately, utilitarianism tends to be a little drab (check communist dictator uniforms). Cormac McCarthy’s “There is no joy at the tavern as great as the road thereto” is about as pretty as the language gets which is to say, not so much.

8) Urdu. Basically a party in your mouth where everyone is invited. It sounds like a chili bubbling over a xylophone and it’s so fun to speak, I”m surprised there aren”t more Indian rappers. If a “Piari Larki” (pretty girl) asks “Que “hall chelle, yar?” (how’s it going, dude?) you can tell her everything is “Teek tok” (cool). Was this language invented by potheads?

These languages are almost as hard to learn as Chinese but are even harder on the ears so why bother?

9) Portuguese. The most hideous language in all of Europe. Including it in the Romance Languages is like calling rape romantic. In fact, I”m wiping it off this list. Sorry Portuguese.

9) Spanish. Sorry, but you can”t ask a New Yorker about Spanish. I”m sure it’s as beautiful as all Latin-based languages but we have Puerto Ricans here and they are to the Spanish language what Glaswegians are to English and the QuÃ©bÃ©cois are to French: A garbled lazy mess where entire letters are dropped and the whole thing comes out sounding like a drunk person right on the verge of passing out (which is totally accurate in all three cases).

10) French. I can speak French if we”re sitting in a bar, but put on a song or stick a Victor Hugo book in my hand and it all becomes a big, tangled mess of crazy flowers. There are so many ludicrous rules and masculine and feminine words with all those confusing conjugations, nobody can hope to ever really learn the language. All you can do is get closer and closer to infinity. The French like to pretend there’s a method to their madness but whenever you ask one of them how a certain sentence is said correctly, they close their eyes and say it silently to see if it sounds right. Know what that means? The only way to understand the language is to memorize it.

The only trick I ever heard that helped get a handle on the language was when I was told it’s just fancy English with “er” at the end. Take the word “dive” for example. A fancy way to say that in English is “to plunge.” Ad “er” to plunge and you have the French word for dive, “Plonger.” This works 80 percent of the time.

Also, French is often described as the language of love, but it is surprisingly limited when it comes to discussing the subject. “Je t”aime” could mean “I like you” or “I love you.” There’s no way to tell. This is a pretty huge distinction in the world of courting and it’s something we need to know. Oh, and they have no word for sexy. How can you be a language of love and not have one single word for sexy?

11) Greek. Known by so few people they invented the saying, “It’s all Greek to me.” The only thing I know about this language is they have the longest last names in the world, with Theodoracopulos clocking in at a relentless seven syllables.

And the winner is…

12) Italian. Though they are a laughing stock because of shows like The Jersey Shore where Italian Americans make it almost impossible to see Italians as capable of anything beautiful, Italian is the most beautiful living language there is.

Look at the phrase “Bella figura.” It doesn”t just mean “beautiful figure.” It means dressing sharp, feeling good, behaving properly, and just basically being amazing. This is why the normally xenophobic soccer hooligans in Britain give Italy a pass. Both groups love expensive name brands and fighting for what’s right.

You cannot spend time in Italy and not start picking up the language. Every word ends in a vowel and it practically begs to be stuck into a romantic sonnet (or “sonnetto”). This is further emphasized by the way Italians enthusiastically gesticulate and holler out each word with an almost giddy sense of pride. “Tesoro che fai?” Um, did you just call me treasure? Wow, thank you. And yes, I”m fine.

Like all Latin languages, it may be a little low on logic but Lord Byron summed it up perfectly when he said it sounds, “as if it should be writ on satin.”

Final note: If I”ve left any out well, I guess I”m sorry but it’s like someone getting mad when you”re introduced for the third time and you still have no idea who they are. One feels like saying, “Wait, you”re mad at me because you”re not memorable?”