The Big Bagel Bites Back 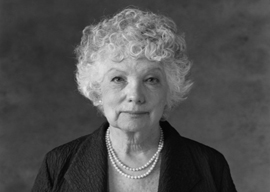 NEW YORK—Twenty-two years or so ago, I wrote a column for The New York Observer, a weekly paper owned by a tycoon named Arthur Carter. He had come up the hard way and made his fortune in Wall Street but retained his loathing for those who had made it the old-fashioned way, mainly by inheriting and the old-boy WASP network. Graydon Carter (no relation), a good friend of mine who went on to become the big poobah at Vanity Fair, hired me to write the column. Mind you, what I wrote made Graydon very nervous. Arthur Carter was climbing the greasy social pole and complained nonstop to his editor about the cheap shots a columnist of his took at such social icons as Mercedes Bass, Henry Kravis, Michael Bloomberg, and the social moth, one Jerome Zipkin, who is no longer with us. Graydon nevertheless stuck by me even after I committed the greatest of sins—as a joke—writing that Si Newhouse, the honcho of VF, Vogue, and every other glossy that counts, was the only man who buys two tickets when he visits a zoo: one to get in and the other to get out.

“Having written that Arthur Carter—who dyed his hair and eyebrows in the most egregious way—had bought all the shoe polish in the city, preventing me from getting a proper shoeshine, did not help.”

Graydon used to have his assistant—a pretty, extremely capable, and charming girl called Amy Bell—make sure I was held in check when he was away. The trouble was Amy and I were buddies, and when Graydon left for a brief holiday I wrote how if Abe Rosenthal, the ex-editor of The New York Times and a Times columnist after his retirement, made love the way he wrote, I felt very sorry for his wife. (Rosenthal was a terrible writer but a very good editor. He was also the first columnist to be fired by the Times.) By the time Graydon got back to the Big Bagel, all hell had broken loose. Abe’s wife Shirley Lord took it personally. I had referred to Abe as “Abie,” which she considered anti-Semitic, which was news to me. Yet again Graydon stood up for me, and soon after he was named editor of Vanity Fair. I was fired from the Observer forthwith. Having written that Arthur Carter—who dyed his hair and eyebrows in the most egregious way—had bought all the shoe polish in the city, preventing me from getting a proper shoeshine, did not help. End of story.

But not quite. Throughout the three years I wrote for the Observer, my column appeared next to one by a woman named Anne Roiphe. She was described as a novelist, which I’m sure she was, although I never met anyone who had read her fiction. I never read her column, either. One look had convinced me not to “go there,” to use a modern Americanism. Roiphe was a rich Jewish Park Avenue girl who specialized in “high art”—namely, writing about misery, despair, angst, the widespread dismissal of women’s efforts, and how exhilarating it was to find a man absorbed in his work who did not embody the traditional safety the fairer sex looked for in a man. In other words, she was someone spoiled but with enough knowledge and solipsism to be really f——- up.