The Brutality of the Resistance 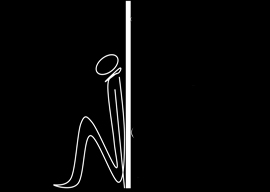 In times of war, neutrality is rarely rewarded. And if you’re a citizen of a country smack in the middle of a war, it can often be dangerous. A little-known fact about World War II is that, in the nations occupied by Germany, especially (but not solely) in the East, the anti-Nazi partisans, “the resistance,” could be every bit as brutal to the local citizenry as the Nazis. Because the role of someone who is resisting occupation is to make life as difficult for the occupiers as possible. And the best way to do that is to keep the locals from being pacified. If the locals get comfortable, the occupying army has a much easier time of it, but since, if given the choice, most people prefer to be comfortable, the locals frequently need to be forced to resist. This often requires severe bullying tactics…or worse. In an excellent 2011 thesis for Georgia Southern University, history professor Lynda Lamarre (at the time a student at GSU) described how the partisans in and around Tuscany in 1943 and ’44 so badly abused and enraged the locals that even to this day, many Tuscans see them as terrorists, not heroes. But in creating unrest, the partisans accomplished exactly what they had set out to do. It has been argued that the partisans literally “brought the war to Tuscany,” as the Germans, enraged by the constant acts of sabotage, theft, and harassment, rained terror down on the locals, thus forcing them to resist more, as the occupation became more and more unbearable.

Political cartoonist Ted Rall, a man so far to the left that even the L.A. Times had to fire him, wrote about these types of resistance tactics (in this case, in occupied Iraq) in a 2003 blog entry:

Guerilla warfare offered the only way for Iraq’s tiny, poorly armed military to resist the US. The Baath Party planned to provoke US occupation forces into mistreating the population. It worked…. In Iraq, we are the bad guys. What about the “terrorists” who bombed the UN headquarters and Jordanian Embassy in Baghdad, who sabotage oil and water pipelines, who use rifles and rocket-propelled grenades and remote-controlled mines to kill our soldiers? Aren’t these “killers” evil, “killing people who just want to help,” as another AP writer puts it? In short: no.

“One is either with the Resistance or against it.”

Of the everyday Iraqis who were just trying to feed their families by applying for jobs that had opened up after the occupation, Rall flatly states that “they are collaborators. Traitors.” When they would get killed by “the resistance,” “they had it coming.”

Rall may be an extremist, but his points are not fully invalid. Yes, that is how a good resistance works. Bring violence to the segment of the population comprising people who are “just trying to get along.” They must feel pain, they must suffer loss. If you even so much as smile at an occupier, or accept a candy bar or a bottle of water, you are complicit, you are deserving of death, and that lesson has to be taught over and over and over again until the entire population is forced to resist.

At the close of German occupation in France and in the early days of liberation, the French murdered an estimated 10,000 suspected collaborators (some estimates put it closer to 40,000). There can be no sentimentalism toward your own people; the resistance needs to be able to be brutal to its own.

And now, as we approach 2018, a surprisingly large number of American nutjobs have managed to convince themselves that we are currently under Nazi occupation. Nazi Trump and his Nazi advisers treasonously stole an election with help from Russia, and now we’re literally being occupied by the Fourth Reich and its Russian allies. These nutjobs, many of whom are in the media, have decided to dub themselves “the Resistance.” And they scare the shit out of me, because, like their namesakes in actual occupied countries, they have no mercy for the population at large.

I firmly believe that the Kate Steinle verdict was an act of resistance. I’ve heard law professors—good ones—argue that the jury isn’t to blame for the verdict, that it was due to “overzealous prosecutors” or “prosecutorial overreach.” But I don’t buy that for a minute. Steinle unwittingly “collaborated” by getting shot by an illegal immigrant, thus giving Trump a major new weapon in his anti-illegal-immigration arsenal, and Steinle’s family “collaborated” by being more concerned about their daughter’s murder than about defeating Trump! The verdict was punishment. One thing I have yet to hear any law professor point out is that the verdict is internally contradictory. If the jury members acquitted Jose Garcia Zarate of murder because they truly believed he was just sitting on a bench minding his own business when he saw a mysterious package, reached for it, and ay yi yi! it just went off in his hands so he tossed it away, if they really believed that’s what happened, then they could not have convicted him of being a felon in possession of a firearm (which they did). Under California law, to convict someone of that crime, there must be some level of intent. Intent to use, intent to purchase, intent to keep. Just one of those things is enough. A felon who just finds a mysterious package without knowing what’s inside, and opens the package, revealing it’s a gun, has not—at that point—satisfied the standards of being a felon in possession of a firearm. Not at that point. Now, what he does with the gun changes everything. That jury knew that gun didn’t “just go off,” or else it wouldn’t have convicted on possession. This was an act of resistance, punishing innocent people because they “collaborated” with (or didn’t try hard enough to stop) a “Nazi.”

Speaking of “Nazis,” one of the worst atrocities committed by the Resistance this year has been the merciless war against the Papa John’s pizza chain. At the beginning of November, John Schnatter, the founder and CEO of Papa John’s (which is the official pizza chain of the NFL), told his shareholders that he was concerned about the possibility that the NFL’s ongoing and messy “anthem crisis” was hurting sales. Schnatter’s exact words were:

The NFL has been a long and valued partner over the years, but we are certainly disappointed that NFL and its leadership did not resolve the ongoing situation to the satisfaction of all parties.

“Resistance” members claimed Schnatter was “taking Trump’s side” in the anthem debate, and that his comments were “racist” and “divisive” (seriously, I can’t recall seeing a statement about the anthem issue less racist and divisive than Schnatter’s). So not only Schnatter himself but his entire company had to be damaged, to make an example of them for the rest of us.