The Case for Gender-Segregated Universities 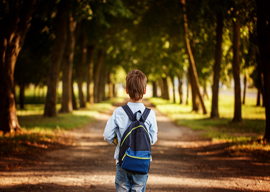 It is an old theme of literature that men and women, in the throes of passion, tend to fool themselves and each other. As Schopenhauer argued in “The Metaphysics of Love” (1818), the strange business aids the survival of the species. By believing our partner has qualities that he or she does not possess, and by believing the person’s interests are compatible with our own even though they are not, among countless other falsehoods, the most important thing of all is able to take place: More life is created and cared for.

In a paper that is unpublished but circulating among scholars, the psychologist Roy Baumeister and his two coauthors add to this compelling thesis from an evolutionary point of view. The problem is that in doing so they drastically limit themselves, evincing that unmanly submissiveness to feminist resentment that is now virtually required of academics.

Gullibility is a negative trait, and we respect contemporary norms in social science that hold that attributing negative traits to women is offensive and sexist. Our focus has therefore been on male gullibility. However, it is useful to consider whether in some respects nature has women vulnerable as well, as long as this contributes to rather than detracts from their claim on universal victim status, as affirmed by contemporary feminist-inspired social science.

Baumeister is an excellent scholar, so his lack of intellectual integrity here is very disconcerting. For Baumeister et al., it is quite all right to treat of “male gullibility,” but to focus on female gullibility is unacceptable—unless, that is, the work “contributes to rather than detracts from their claim on universal victim status, as affirmed by contemporary feminist-inspired social science.” Far from being disinterested and responsible inquiry, this is nothing but vulgar kowtowing to feminist ideology.

Meanwhile, as Baumeister and other yes-ma’am-men defer to perpetually touchy feminists—thus confirming the latter’s stereotypical hysteria—feminism itself is openly misandrist. For instance, last Friday in a Washington Post op-ed, Suzanna Danuta Walters, professor of sociology and director of the Women’s, Gender, and Sexuality Studies Program at Northeastern University, asked “Why can’t we hate men?” Though historically ignorant, and ignorant, too, of the robust research on sex differences, Walters with her nasty screed is nonetheless perfectly consistent with academia’s double standard: all criticism of men, commendable; any criticism of women, an unpardonable sin.

Not to imply, of course, that the study of sex differences needs to entail criticism in the sense of a negative value judgment (“sexist and offensive”). Women are higher in agreeableness and in altruism than men. Though we tend to associate these traits with positive moral attributes, in certain contexts they can be harmful. A person who is high in these traits is more likely to be exploited and less likely to stand up for himself. In general, the value of a trait will be determined by its function in a particular context. Therefore, it’s absurd and indeed patronizing to women to make their positive emotional reactions the criteria for intellectual inquiry. Students of human nature must be free to investigate the sexes without being unjustifiably constrained. The principle that anything that might offend women is not to be discussed is not intellectually serious.

“In short, academia is a hypocritical world in which women can hardly do wrong.”

Camille Paglia and Christina Hoff Sommers have long argued that if women really want equality, then they must compete on equal terms with men. But the politically incorrect truth is that, on the whole, women academics have proved inadequate to the task. From hiring quotas to extra time for taking tests to arguments that women should be graded for “perceived effort,” the feminized academy continues to show that what many women want is not equality, but chivalry smuggled in under its name.

Needless to say, this is no service to women. If they are not held to the same standards as men, then their achievements must be dubious, like those Little League baseball teams on which every precious player gets a trophy. There may also be less motivation, women knowing they need not try as hard as men, since chivalry is still on their side.

Feminists are forever griping about “gender disparities.” And yet, these merely reflect Nature itself. IQ tests continue to demonstrate that, while the sexes have roughly equivalent intelligence on average, there is much greater variance among men. In plain words, this means that there are many more stupid men than stupid women, and many more brilliant ones, too—a difference we encounter up and down the class strata.

Furthermore, men tend to be more motivated than women to achieve at the highest level. There are simply a lot more male workaholics than female ones. There are two straightforward reasons for this difference. Most women want to have children, who, as everybody knows, take up an enormous amount of time and energy. And more than women, men feel a need to attain high status, or anyway, sufficient status to be appealing to women and to provide for them and their children.

To understand this, ask yourself what value men like Mark Zuckerberg, Bill Gates, and other dullards in business would have without their vast wealth. By contrast, Irina Shayk and Emily Ratajkowski, even if they were not rich models, would never lack men who are happy to provide for them, and the same goes for innumerable women who are not nearly as lovely. From a biological point of view, most men are disposable. It is quite otherwise with women, who are tremendously valuable simply because they exist.

That greater value, generally unconscious, is reflected in the treatment of men in universities, where men just can’t be men anymore. As the saying goes, boys will be boys—rowdy, exuberant, and playful. But since academia is dominated by women, who are higher in neuroticism than men and therefore more given to “offense,” it constantly happens that men are punished just for being themselves. Thus, Syracuse University has suspended a male fraternity because their satirical skit made some feminist bores and feminized men feel “unsafe.” Grace Gottschling of Campus Reform reports:

In order to apply for readmission in the fall of 2020, each student must write a 12-page paper on being “a member of a diverse community,” read three books on inclusion or bystander intervention, and write a personal statement affirming that they “will contribute to building a positive community,” according to the hearing results.

The document also states that each student must perform 160 hours of community service before readmission.

Gregory Germain, a law professor at the university, comments:

Apparently, all that is required to throw a student out of school is that some other student claims to feel unsafe…. Rumors and self-serving statements by anonymous students are enough to justify severe academic punishments without regard to whether the accused’s statements or conduct are objectively threatening to anyone. It’s a terrible day for due process and free speech on college campuses.

More accurately, it is a terrible time “for due process and free speech on college campuses” if you’re a man. As KC Johnson and Stuart Taylor Jr. demonstrated in their book The Campus Rape Frenzy (2017), facing kangaroo courts and unjust charges of sexual misconduct are norms for male students. “I can’t tell you how many times,” says attorney Justin Dillon, “I’ve seen this in my Title IX [cases]—accusers embellishing details and ultimately convincing themselves of things that did not happen.”