The Charles Bronson of Race 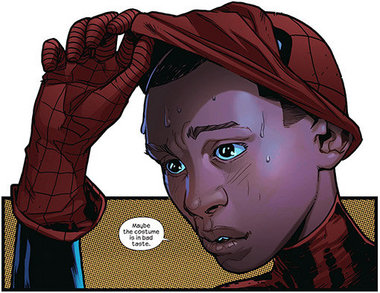 “Paul Kersey” was the name of Charles Bronson’s character in Death Wish (1974), the “vigilante” classic about an ordinary man who avenges an attack on his family by picking off the criminal lowlifes plaguing his city.

Our hero can only continue his crusade if he remains anonymous. That makes “Paul Kersey” the perfect nickname for an American author and blogger who is secretly waging his own war.

It started, Kersey tells me by email, back in May 2009. At the time, the satirical “Stuff White People Like” (SWPL) was a popular site that spoofed faddish Portlandia-style hipsters.

At the same time, Kersey and some friends “were watching videos on YouTube and the hilarious ‘Popeyes Runs Out of Fried Chicken’ report was on. This was an actual news report out of Buffalo, and it showed black people incredulous that Popeyes would run out of fried chicken. It was hilarious. I decided right then and there that Americans needed to know the Stuff Black People Don’t Like.”

And so SBPDL was born. His blog started out as a small-scale spoof of SWPL, but its mix of candid commentary and videos has developed a dedicated following.

“Our hero can only continue his crusade if he remains anonymous.”

The latter topic animated Kersey’s book Hollywood in Blackface. Now he’s released a collection of essays on the same theme, Captain America and Whiteness: The Dilemma of the Superhero. Both books are self-published via Amazon’s CreateSpace.

Captain America looks at the evolution of iconic characters such as Batman, Superman, Spider-Man, and the book’s eponymous hero. In our “politically correct” era, says Kersey, these familiar superheroes are losing their “white” identities.

“Pretty much every character created in what is known as the Golden Age of Comics was the creation of a Jewish writer,” Kersey explains. “Perhaps at the time, Superman was a story of the Jewish experience in America, an outsider trying to assimilate into a new world, but that character has come to represent something else.”

Indeed. Those Jewish comic-book pioneers (most of whom were second-generation immigrants) were eager to display their patriotism through their creations. The famous first issue of Captain America depicts the red-white-and-blue superhero knocking Hitler off his feet—months before America formally entered the Second World War.