The Coming Age of Austerity 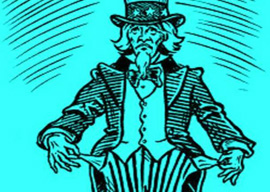 “Are the good times really over for good?” asked Merle Haggard in his 1982 lament.

Then, the good times weren’t over. In fact, they were coming back, with the Reagan recovery, the renewal of the American spirit and the end of a Cold War that had consumed so much of our lives.

Yet whoever wins today, it is hard to be sanguine about the future.

The demographic and economic realities do not permit it.

Consider. Between 1946 and 1964, 79 million babies were born—the largest, best-educated and most successful generation in our history. Bill Clinton and George W. Bush, both born in 1946, were in that first class of baby boomers.

Assume that 75 million of these 79 million boomers survive to age 66. This means that from this year through 2030, an average of nearly 4 million boomers will be retiring every year. This translates into some 11,000 boomers becoming eligible for Medicare and Social Security every single day for the next 18 years.

“One sees only deficits and debt all the way to the horizon.”

Add in immigrants in that same age category and the fact that baby boomers live longer than the Greatest Generation or Silent Generation seniors, and you have an immense and unavoidable increase coming in expenditures for our largest entitlement programs.

Benefits will have to be curbed or cut and payroll taxes will have to rise, especially for Medicare, to make good on our promises to seniors.

As for the rest of our federal budget of nearly $4 trillion, we have run four consecutive deficits of over $1 trillion. To bring that budget to balance, freezes would have to be imposed and cuts made in spending for defense and other social programs.

From California to Wisconsin to New York, we see the process at work at the state level. Government salaries are frozen, government payrolls are cut, government pensions and programs are scaled back.

California and Illinois are on the precipice of default. Cities like Detroit, Birmingham, Stockton and San Bernardino are already there.

As for national defense, how long can we afford to spend more than the 10 other top nations combined? How long can we continue to defend scores of nations half a world away? How many more trillion-dollar wars like Iraq and Afghanistan can we fight on borrowed money?

Moreover, the day of the great national enterprises is over.

But there is nothing left in the till to do big things. One sees only deficits and debt all the way to the horizon.

Europe has arrived at where we are headed. In the south of the old continent—Spain, Italy and Greece—the new austerity has begun to imperil the social order. In the north, the disposition to be taxed to pay for other nations’ social safety nets is disappearing.

With government in the U.S. at all levels consuming 40 percent of gross domestic product, and taxes 30 percent, taxes will have to rise and government spending be controlled or cut. The alternative is to destroy the debt by depreciating the dollars in which it is denominated—i.e., by Fed-induced inflation.