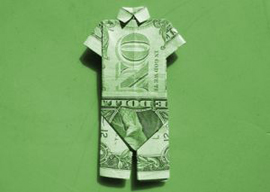 Across the nation, the question resounds: “Are corporations people?” To a man of strict political principles this is obviously a yes or no question. But I’ve never been afflicted with anything resembling political principles, so I must resort to facts.

The court case which introduced the idea of “corporate personhood” to the general public was 2010’s Citizens United v. Federal Election Commission. It basically said that corporations have the same free-speech rights as human beings, which somehow got mangled into the false “corporations are people” meme.

The McCain-Feingold Act of 2002 had limited “soft money” spent by organizations to within 60 days of an election or 30 days of a primary. “Soft money” is that which is donated to non-candidates who may take a stand on an issue relating to someone’s candidacy. “Hard money” donated to politicians has been regulated longer than there has been a Federal Election Commission (FEC). Campaign finance has been an issue in America since 1883 at least, and it was considered problematic before then.

“Michael Moore is not a corporation, though he weighs more than many of them.”

McCain-Feingold’s purpose was to limit large contributions to political parties, which allowed big donors to bypass “hard money” limits already set by law. This gave rise to the 527 corporation, an IRS-designated tax-free political corporation which is not a political party or an FEC-registered political action committee. These have been around for years but became more popular immediately after McCain-Feingold passed. Some are right-wing, most famously Citizens United and the Swift Boat Veterans for Truth. Some are left-wing: MoveOn.org (until 2008) or the Service Employees Union. There are complex rules about how a 527 may take donations and how they spend money to avoid fines or loss of their tax-free status. There are also non-527 political-advocacy corporations: the NRA and the NAACP, for example. Are the NRA and NAACP people?

Citizens United produced a film about Hillary Clinton. They did this within a period of time covered by the McCain-Feingold Act for primaries, presumably because they preferred Barack Obama to Hillary Clinton. The film itself wasn’t considered campaign advertising; we haven’t yet reached the level of insanity where films are monitored for political content. It was the ads for the film which were considered campaign advertising. Ironically, Citizens United had complained about the ads for Michael Moore’s Fahrenheit 9/11 back in the 2004 election under the same rule, and the FEC ignored the complaint. Michael Moore is not a corporation, though he weighs more than many of them.