The Correct Degree of Culpability 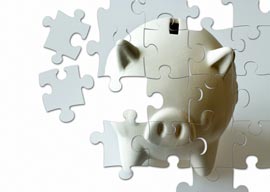 While in Dublin recently I read an article in the newspaper about the Greek crisis. It was in the Irish Times and was very serious. The author, the well-known economic journalist Martin Wolf, asked a series of questions about the crisis and then answered them.  For example he asked whether the crisis was the fault of the Greeks, to which his answer was no:

Nobody was forced to lend to Greece. Initially, private lenders were happy to lend to the Greek government on much the same terms as to the German government. Yet the nature of Greek politics… was no secret. Then, in 2010, it became clear the money would not be repaid. Rather than agree to the write-off that was needed, governments (and the International Monetary Fund) bailed out the private creditors by refinancing Greece. Thus began the game of “extend and pretend”. Stupid lenders lose money. That has always been the case. It is still the case today.

“If this is a tale of stupidity, it is of stupidity “ or dishonesty “ all round.”

This seems to me at best a partial truth. The lenders were indeed foolish, or worse than foolish, relying as they did on Greece’s fraudulent membership of the common currency to forestall any possibility of default. But the Greeks, or rather the Greek government, can hardly be absolved of all blame for the situation. The latter borrowed huge sums of money to fund current consumption, having previously falsified its public accounts in order to meet the criteria to join the common currency. If nobody had to lend to Greece, Greece did not have to borrow, at least not like it did and for the purposes that it did. And if it is true that stupid lenders lose money, stupid borrowers lose their assets. If this is a tale of stupidity, it is of stupidity “ or dishonesty “ all round. Ascription of the correct proportions of moral blame, however, may not necessarily be the best method of finding a solution, if there is one, to a situation.

But high finance has never really been my forte or my interest. My attitude to finance is primitive: I spend less than I earn. When, during the heady days of the boom, my bank asked me whether I wanted a loan, I naively told it that I did not need a loan. The bank’s reaction remind me of that of a newspaper for which I used sometimes to write when I refused to do an article for it on the basis of information that was self-evidently false. What, they asked, has that got to do with it? And for the bank (at the time), what had not taking a loan got to do with not needing one?

The story in the Irish Times that really caught my imagination that day had the headline:

This is a story of real human interest: what bubbling passion, what anger, resentment and hatred, would lead a man to do such a thing? There must be a drama of Shakespearean proportions behind it.

The case is as yet unexplained, for “Brendan Mahoney (47), of Cabra Park, Dublin, denied posting a packet that contained an article that was menacing, namely a pig’s head, in 2012.” This was contrary to Section 55 of the Community Regulations (Postal Services) act of 2011.

What is the man’s defence? That it was not he, but another, who posted the packet? Or perhaps that a pig’s head sent through the post is not menacing? After all, such a head can do the recipient no harm. It might be meant to express a menace, rather than be a menace in itself, but it might equally be meant to express contempt or an insult. And since all parts of the pig are edible, it might even have been a gift. I often eat pig’s snout salad when I am in France, and pig’s cheek is an old Irish dish. The case is a wonderful opportunity for legal sophistry. It saddens me that I shall never know why a man should send a pig’s head from Dublin to a policeman in the far west of the country, a story worthy of Flann O”Brien.