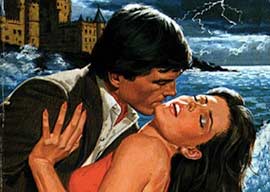 They never get drunk, willingly have sex, feel bad in the morning, and decide it was rape. Not even with two men under the bushes in the park.

Women never create self-inflicted injuries as part of a false rape claim. They never give themselves black eyes, tear their own underwear and scratch up their faces, tie themselves up, or slash themselves in the face in order to frame men for imaginary sex crimes.

They never stand by their lies until photographic or video evidence proves that they”re lying.

And I can state with authority that women never lie about rape, because it has never happened to me.

In all my douchey conversations with all the douchey guys I”ve known, never once has another man told me he fantasizes about raping women. But I”ve probably had at least two dozen women confide to me that they often fantasize about being raped. Mostly they explain that they are aroused by the idea of a man that finds them so desirable, he simply can”t help himself. And despite what feminists tell you, this is apparently a very common fantasy. According to one study, four in ten women fantasize about being forcibly ravished about once a month.

I suggest that if it can be proved beyond a reasonable doubt that a woman deliberately made a false rape accusation against a man, she should be forced to serve the prison sentence he would have served if convicted.

This doesn”t apply to the case of Meg Lanker-Simons, because the man who wanted to violently “hatefuck” her existed only in her head. I”m only using her trampoline-sized body as a springboard to discuss an issue that too many people deny. Many others don”t deny it because they seem unaware it even exists.

I”ve known quite a few women who”ve confided tales to me of being raped or sexually harassed, either by family members or acquaintances. Depending on their demeanor and the details they share, I often believe them. And for decades if not centuries if not millennia, many women suffered such traumas without being believed. I think that’s wrong.

But the pendulum has swung so violently in the other direction that many modern psychopathic females take advantage of a widespread societal presumption of female innocence in the same way that many hate-crime-fabricating nonwhites prey upon the idea that only whites can be racists. As a result, many men”no matter how innocent”are stigmatized, ostracized, and shamed into suicidal silence the same way that women used to be. I think all of this is wrong, too.

Yes, they do. That’s because they”re human.

But I believe that many girls lie, too. That’s also because they”re human.