The Curse of Modern Man 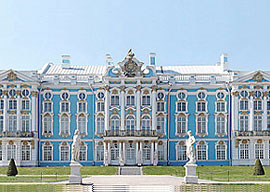 Call me sentimental, but I’ve never seen a better opening ceremony than the Sochi one, evoking Russia’s great past in literature and many other things. The ballet sequence was tops, especially the acrobatics by the black-clad dancer portraying the cruel officer of War and Peace who seduced Natasha. All those hysterics about boycotts and terrorism were just hypocritical sensationalism by those PC jerks that seem to be running our lives nowadays. We Westerners are averse to any discipline, impervious to duty, and disinclined to belong to a nation. We owe allegiance only to ourselves and love only ourselves.

Not so over in Russia, where there’s a mystic connection between the nation and every man and woman born there. Never underestimate the love of Russians for the land of Pushkin and Dostoyevsky and Tolstoy and Chekhov. I could go on and on. As it happens, I’m reading Brian Moynahan’s Leningrad book, reviewed in the Spectator on January 11. The gallant Wehrmacht troops couldn’t believe the ferocity of the defenders. And all the time, while starving and dying in the bitter cold but bravely resisting the Germans, Stalin’s evil agents were arresting and shooting innocent people for slights toward the regime, real or imagined. I’ve always insisted that had the Nazi machine following the Wehrmacht blitzkrieg acted in a humane manner in the Ukraine, the Russians would not have fought as fanatically as they did, especially in Leningrad and Stalingrad. Now I’m not so sure. Borodino in 1812 was actually a tie, and Napoleon’s troops committed no atrocities, yet the Russian soul resisted and it was a soul that had only known enslavement. When black American grunts shot their officers in Vietnam, the usual suspects gave them the benefit of the doubt, using past slavery as the excuse. So what were the Russians, free men, when they burned Moscow in retreat but finally chased the great Napoleon back to Paris?

“Modern man has no past and certainly no future. He is uncivilized and unaware of his noble traditions.”

Modern man has no past and certainly no future. He is uncivilized and unaware of his noble traditions. He is no patriot, but bows to the edicts of gray suits in Brussels as long as they promise him a life of ease, which is in itself the big lie. Modern man has no religion, no loyalty, and no family, just a desire to please himself. Modern man has been indoctrinated to owe “nobody nothing,” except to the Third World.

Which brings me back to Russia. Why was the media so anxious to paint Russia as a brutal authoritarian state with a modern Stalin at its head? A moron in The New York Times quoted the father of four terrorists whom the security services had correctly blown away after the Games had started 380 miles away, thank God, as if he were Moses and had just come down from the Mount. The Sochi Games are being held on the edge of a war zone where Muslim extremists operate, yet the media concentrate on gay rights that are respected in Russia although hardly applauded.

My question is: Why doesn’t Stephen Fry ask for boycotts against anything Saudi or Nigerian, where homosexuality is punished by death?

I’ll tell you why: Because criticizing Muslims might get his head blown off—cut off, rather—and Nigerians are black, hence above criticism and boycotts. In Nigeria, corruption pervades life top to bottom and is getting worse, not better. Saudi Arabia, of course, enslaves foreign workers, stones adulterers, and sticks women indoors, but it’s Putin we go after week in and week out. In 1980 Uncle Sam boycotted the Moscow Olympics because the USSR had invaded Afghanistan. Twenty-two years later Uncle Sam copied the Russian bear, so go figure.