The Danger of Ayn Rand 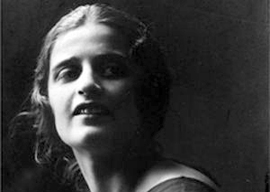 “While Rand’s inner circle continued to fray, Objectivism in New York was reaching fever pitch. With much fanfare, in May 1967 NBI signed fifteen-year lease on offices in the Empire State Building, then the world’s tallest building. Even though their offices were in the basement, it was still an ideal address.”
“Goddess of the Market: Ayn Rand and the American Right (Jennifer Burns, 2008)

On the morning of September 11, 2001, I didn”t know the difference between National Review and The New Republic. (By all means, write your own joke…) I was groping for guidance, as I always had, in the written word, but my knowledge of lofty (and, I hoped, helpful) American political journals was restricted to Woody Allen’s line in Annie Hall that “Dissent and Commentary had merged and formed Dysentery.”

After getting properly oriented, I became curious about the evolution of U.S. conservative and libertarian publications, and basically inhaled George H. Nash’s The Conservative Intellectual Movement in America Since 1945. Nash’s classic introduced me to what I think of as “the old, weird, other America,” that of The Freeman and Albert Jay Nock, anti-Communist folk music and Isabel Paterson.

Of those who populated that long-passed world, only the name of Ayn Rand retains widespread recognition, almost 75 years since the release of her first novel (and subsequent cultural phenomenon), The Fountainhead. I don”t think Jennifer Burns meant it as such, but that bit above, about Rand’s riven yet driven disciples loudly setting up longish-term shop in the lowest level of the highest skyscraper, serves as an uncannily apt metaphor for Rand’s standing on the right.

“As an easily digestible purgative for impacted political correctness, we currently have no better at hand.”

Last week, The Guardian reported with predictable snark that Ayn Rand’s work has been added to the U.K.’s politics A-level curriculum. They note that Rand is “achingly on trend” and “having a moment.” Oh, dear. By my amateur estimation, Rand’s “moment-having“ has been reoccurring every seven or eight years since the end of the Second World War, yet is always heralded with the same air of surprise and alarm.

Not that I am an unalloyed fan of the woman. Of course, like countless conceited teenagers before and after me, I was relieved to learn of Rand’s very existence, let alone her staggering success”evidence, surely, that more of “us” were not only out there, somewhere, but right.

Especially for a particular variety of female, Rand’s mannish ambition and uncompromising idealism set a rare and welcome example. Unlike Florence King, who broke her braces trying to mimic The Fountainhead‘s imperious heroine, I found Rand’s thick fictions impossible to swallow.

However, I eagerly read The Virtue of Selfishness while in high school. (I want to type “of course”; Could a book title better calculated to appeal to the adolescent mind possibly be conceived, other than perhaps 101 Ways to Murder Everyone Around You and Get Away With It?)

Reading Goddess of the Market much later in life, I finally met the woman behind the philosophy. Rand doesn”t start out so bad, at least in Burns” telling. Who can blame the Russian-born Rand, watching helplessly as Communists seize her father’s pharmacy, for growing up to be a furious foe of collectivism (and realpolitik compromise), whose Ã¼bermensch heroes fight back against the “parasites, moochers and looters,“ and win?

Yet the sprinklings of patriotic, almost Capra-esque populism that softened The Fountainhead‘s unavoidable elitism are absent entirely in her follow-up, Atlas Shrugged, replaced by an almost hallucinatory misanthropy. What happened, Burns wonders, in the intervening thirteen years?

The answer seems obvious to me now, rereading her book in my 50s:

Ayn Rand, the avatar of adolescence, was going through The Change.