The Day I Left the Left 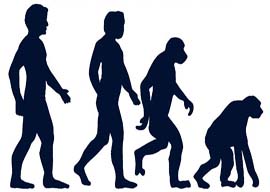 Late one Saturday morning in 1990 under the skeleton-bleaching California sun, I motored through a crumbled, hilly, ashen section of East LA looking to see if any of the Hicks Boys Stoners were around to sell me some weed. Named after East LA’s Hicks Avenue, they were a loosely amalgamated gang of longhaired Mexican metalheads who shunned traditional cholo gang culture’s aesthetic trappings in favor of Richard “The Night Stalker” Ramirez-styled muerte obsessions, Satan worship, and generally aimless nihilism.

A few weeks earlier, I had written a cover story about the Hicks Boys for the Los Angeles Reader, a now-defunct free alt-weekly largely distributed in West LA. The magazine’s publisher was a short, pie-faced man with a voice so high-pitched one would suspect he was mainlining estrogen. He was slick-bald on top with a horseshoe rim of quarter-inch grey stubble around the sides and a Pixy Stix-thin footlong ponytail hanging limply in the back. Merely describing his ponytail tells you all you need to know about his politics.

The publisher didn’t like my article about the Hicks Boys. Surveying the pre-press galleys, he sniffed, “Why are you writing about these losers, anyway? They just come off like scumbags.” I tried explaining that if he’d grown up in East LA housing projects where police-chopper lights were poking into his bedroom every night and shirtless, machete-wielding cholos had terrorized his barrio since infancy, he may have had more empathy. (I still believe that.)

But he wasn’t convinced. He said he’d hired me six months earlier to give the magazine some “edge,” but he hadn’t expected a rusty, blood-covered prison shank. Shortly after my Hicks Boys story appeared, he fired me.

“It occurred to me that the only reason he wasn’t a large-scale oppressor was a simple lack of opportunity.”

After skimming through the Hicks Boys’ turf a few times on that late Saturday morning, I finally spotted one of their members near a graffiti-spackled laundromat where they frequently congregated. He was threading a needle and preparing to tattoo himself.

At the time—I was 28—my political ideas were little more than the accumulated, half-digested buzzing meme-hive of left-leaning pop culture and far-left academic indoctrination. From all the Norman Lear sitcoms of my youth up to all my avowedly communist professors in journalism school, the good guys and bad guys had been clearly delineated for me. I had been encouraged to “question authority,” but never the authority of major media or academic consensus. I perceived them to be objective scientists rather than evangelical ideologues.

Liberal Psych 101 subverted the dominant paradigm until nothing made sense. It taught that cockroaches are equivalent to butterflies. It preached that success was a sign of evil and that failure was an emblem of virtue. It saw something noble in losing rather than winning. It didn’t seem so keen about “leveling the playing field” as it was on perverting natural law until they forced the game to end in a sudden-death two-overtimes tie. It published endless treatises on deconstruction without making a peep about how to reconstruct everything after destroying it.

Then as now, the left preached a Gospel of innate cognitive and physical equality among all social groups. What it did not preach was an equality of character. White people generally, and rich white males in particular, were depicted as morally defective, probably by birth.

Even though a white male, I dutifully absorbed and assented to the liberal blueprint. Journalism degree in tow, I set about to right historical wrongs. I appointed myself an advocacy journalist who would defend the poor against the rich and the weak against the strong.

In many cases, I didn’t realize I’d be defending the stupid against the smart.

Ironically, it was precisely this hands-on advocacy journalism that led me to abandon leftist thought entirely. It was a long and painful process, like an old car where the parts start to go and then one day the engine finally throws a rod. One experience after the other led to more chinks in my ideological armor than there were Chinks in Mao’s Red Army. Against my better wishes, I found I do not have the inexhaustible capacity for cognitive dissonance and confirmation bias that most leftists seem to possess.