The Day of the Hobbits 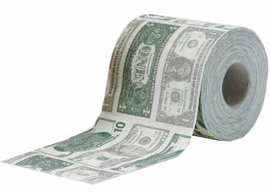 Mocked by The Wall Street Journal and Sen. John McCain as the little people of the “Lord of the Rings” books, the Tea Party “Hobbits” are indeed returning to Middle Earth—to nail the coonskin to the wall.

As even the Journal concedes, the final deal to raise the debt ceiling, worked out by Sen. Mitch McConnell and Barack Obama, backed by Speaker John Boehner, is “The Triumph of the Tea Party.”

The Hobbits demanded that the GOP do battle over the debt ceiling, that it not raise the ceiling without equal spending cuts, that the party accept no taxes.

They got it all. The deal cuts spending by $900 billion and raises the debt ceiling an equal amount. It mandates further cuts of $1.5 trillion, to be agreed on by Thanksgiving by a congressional commission of 12, and for those cuts to be voted up or down.

If the commission fails to agree—seven votes are needed—cuts of $1.2 trillion must be made, half from defense. Any Medicare cuts are restricted to providers, not beneficiaries.

What did liberals get? Nothing.

“We Americans are not going the Argentine route.”

What did Obama get?

Obama was tossed one crumb in his appeal that he not be forced to fight the Tea Party again in his re-election year. Democrats surrendered on substance and yielded on policy for “peace in our time.”

Ronald Reagan demanded 18 increases in the debt ceiling in eight years, one every six months. He got them all. Obama asked for a two-year truce and, in return, accepted what the head of the Black Caucus calls a “Satan sandwich.”

The mainstream media claim that Tea Party intransigence lost the GOP the propaganda war. But if the left believes that, why would they be afraid of a re-enactment of their victory in 2012?

Some in the Tea Party were willing to go over the cliff and take the federal government with them. But liberals have lost the stomach for such a fight. Listening to the cable blow-by-blow, have you noticed?

There are no liberals anymore. They have changed their name. They are all “progressives” now.

When the right was in ill repute in post-Goldwater days, never did it abandon its birth name, “conservatives.”