The Death of Discussion 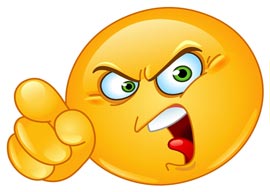 Remember Monty Python’s “Argument Clinic,” where Michael Palin is trying to procure an argument from John Cleese? Palin is frustrated that Cleese won”t move past contradictions. He insists a true argument is “A collective series of statements to establish a definite proposition,” and Cleese responds with “No, it isn”t.” As a kid, I saw it as a bunch of funny British guys doing something with the language I didn”t understand. Today, I see it as a tombstone”a stark reminder that the art of discussion is dead.

Every time I try to engage someone in a debate or even present a challenging idea, the response is “I can”t even.” Young people are especially unable to deal and will add, “I literally can”t,” “I don”t know where to start,” and of course, “Is this satire?” The few times you can get them into the ring it’s startling to see how many logical fallacies pop up. We learned about dozens of formal and informal fallacies in high school, but the same five refuse to die.

(1) GUILT BY ASSOCIATION
When I”m told my beliefs overlap those of Timothy McVeigh or even David Duke, I can hear my high school teacher say, “All dogs are mammals. All cats are mammals. All dogs are not cats.” The far right is considered so toxic by liberals that being remotely associated with anyone deemed racist totally discredits you as a human being. This is why speakers such as Ann Coulter, Michelle Malkin, and even Condoleezza Rice are prevented from speaking at colleges. Having these people on the same campus as you will turn you into a neo-Nazi by association. The irony is, these kids are at a learning institution and the only thing they”d be guilty of when associating with someone who contradicts their beliefs is curiosity.

“That’s what a good argument is. It’s a recreational activity that exercises your mind.”

(2) ANECDOTAL EVIDENCE
Every time you notice a pattern, people assume you think what’s generally true must be universally true. Now all they have to do is come up with one example that contradicts this and your whole point blows away like dust in the wind. This comes up virtually every time I debate Jesse Ventura. He met an Indian who’s offended by the Washington Redskins; ergo, all Indians hate the name.

This ridiculously obvious fallacy has killed millions of people or, more specifically, prevented millions of people from being born in the first place. Someone’s fortysomething aunt has twins after her seventh session of in vitro (total cost: $84,000) and all of a sudden all women can have kids forever. This anecdotal evidence has led women to wait way past their 30s for kids who aren”t ever going to arrive. Those nonexistent kids won”t be having kids either. And so on.

This fallacy dominates feminist discourse. You tell them women can”t ride dirt bikes and they dredge up some pro who’s been doing it for years (almost always a lesbian). Ladies, we obviously don”t mean it is completely impossible for any woman to ride a dirt bike.

This fallacy is so prevalent, I”ve even seen it in an insurance commercial. A young woman asks her boyfriend, “Remember when you said men are superior drivers?” He says, “Yeah,” and she responds, “Then how”d I get this Allstate safe-driving bonus check?” Because you”re one person, you stupid bitch!

(3) CORRELATION DOES NOT EQUAL CAUSATION
President Obama is the king of logical fallacies. He sees that Harvard graduates do better than Bloods and Crips so all we have to do to make America equal is send gangsters to Ivy League schools. He changes test scores and builds projects in the suburbs based on the assumption that repeating the behavior of the successful will magically create successful people.

Correlation equals causation is powered by the myth of equality. We can”t stomach that some people are simply better at stuff than others so we put all our eggs in the nurture basket. Yeah, that’s why babies grow up to be Einsteins. You played classical music in their crib. It couldn”t possibly have anything to do with genetics.