The Difference Between Firmness and Cruelty 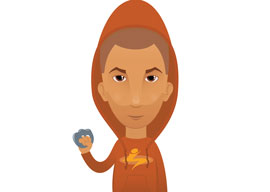 A story that appeared recently in LibÃ©ration, the left-wing French newspaper in financial difficulty, seemed to me to capture the spirit of our times very well. It concerned an attack on a teacher in a ZEP (a zone d”Ã©ducation prioritaire), one of those areas in which children are brought up to, or at any rate often exhibit, arrogant insolence, capricious defiance, and a sense of thwarted entitlement.

The teacher, named only as Marie in the article, was attacked in mid-lesson by a large male youth previously unknown to her who suddenly burst into her classroom and struck her in the face ten times with a knuckleduster. She fell to the ground bleeding. She needed fifteen stitches and not surprisingly, the attack altered her view of the world. She became generally fearful, which she had never been before. But the worst thing for her was that it took from her the desire to do what she had most wanted to do: teach in a ZEP.

Marie was a genuine and admirable idealist. She wanted to teach in a bad area (her subject was French) to save at least some of her pupils from the temptations of the terrible popular culture that leads them into a dead end of violence, drugs, and desolation. She was, if you like, an evangelist for civilization.

“Virtue and goodness are at least in part matters of habit.”

Fortunately, police caught her attacker. It emerged that he had been put up to the attack by a 14-year-old member of her class whom she had caught forging school documents and attaching an official stamp to them. She insisted on taking disciplinary action against him, and when his campaign against her failed”he had scrawled “Filthy whore” on the walls and accused her of being a fantasist”he resorted to crueler methods.

After the attack, she received many expressions of sympathy from her pupils”cards decorated with hearts and other such kitsch”but it is interesting to speculate why, though numerous, none of them came to her physical assistance at the time of the attack. I recall Edmund Burke’s speech on the death of Marie Antoinette:

I thought ten thousand swords must have leaped from their scabbards, to avenge even a look that threatened her with insult. But the age of chivalry is gone; that of sophisters, economists, and calculators has succeeded, and the glory of Europe is extinguished forever.

I am not sure, however, that sophistry had much to do with the pupils” failure to come to her assistance. Other than the possibility that it was mere surprise, it was most likely fear that kept them in their seats while their teacher”physically small and even frail-looking, according to the article’s description of her”was attacked in this appalling way.

It would not have been fear of the immediate situation that paralyzed them, for a group of twenty or thirty 14-year-olds would certainly have been easily able to overcome one 16-year-old. Rather, it would have been fear of the long-term consequences of coming to her assistance at the expense of the 16-year-old thug. He was almost certainly a member of the kind of gang that enforces their “law” in the areas from which those pupils came and which would not hesitate to exact vengeance on those whom it regarded as “traitors.” Much as we often decry the state, what results for most when it abdicates from the one undoubted task that could justify its existence”the securing of public order and peace”is not freedom, but fear: fear of such as he who attacked this teacher. This is the fear with which millions have to live continually.